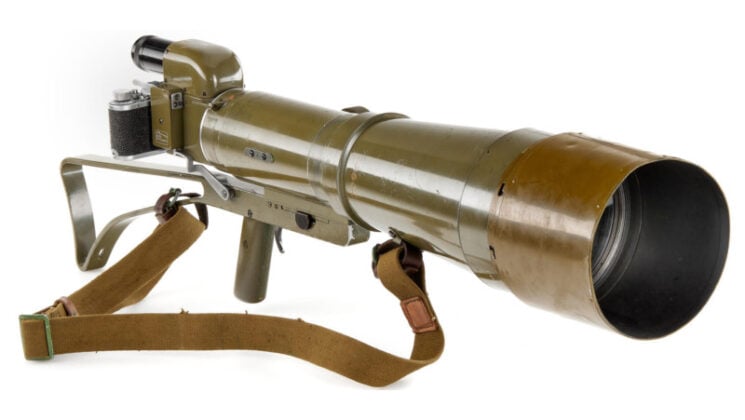 According to LPA, the lens was reportedly produced at the GOI factory, which continued production and research throughout the war. In 1943, the lens was developed for the Soviet Baltic Fleet Navy with a 600mm lens and a max aperture of f/4.5. It was all very hush-hush, and the only documented evidence that it existed back then is a single photo. 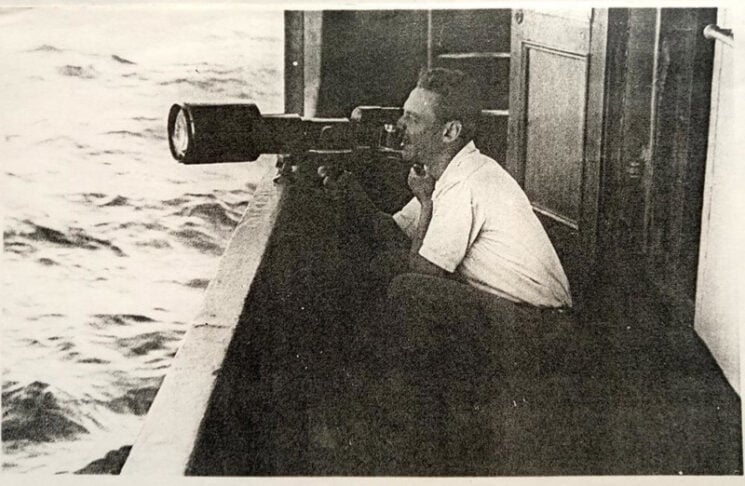 This isn’t the only such camera out there, and we’ve seen a few before, but this one seems more like a bazooka than the typical rifle-style. And while it may not be the most expensive to sell at auction, it does seem to be the rarest, with only one unit actually known to have existed. That means the camera just auctioned is most likely the same one pictured in the photograph above, reportedly being used by a naval officer.

During the 900 day of the Second Wold War siege of Leningrad, the GOI factory did not stop production and further research. In 1943 the FS-3 FotoSniper was developed for the Soviet Baltic Fleet Navy. It was designed as a long-range reconnaissance camera equipped with a massive 60cm lens with a high maximal aperture of f4.5. The project was top secret, and even now, the only vintage documentation about this lens is a copy of a photograph showing a marine officer during the testing of the FS-3.

As all prototypes from the GOI factory, this rifle has been made to very high standards. The set includes an olive-painted mirror GOI housing no.1717, with a special GOI 4.5/600mm lens (matching number 1717, including an original hood), FED body no.181238 (equipped with a quick-release plate connecting to the mirror housing), metal shoulder stock in matching finish – everything in working order and in excellent cosmetic condition. Also included is a fitted wooden case for the outfit.

No comparable outfit is known to exist. This may be the only example made for testing purposes. 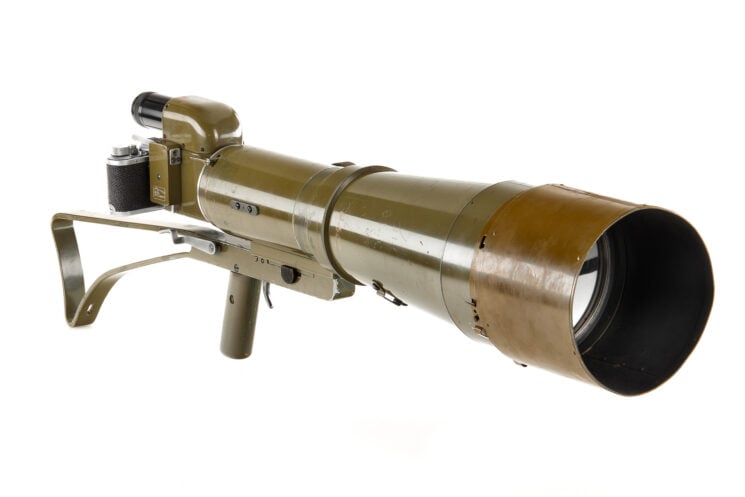 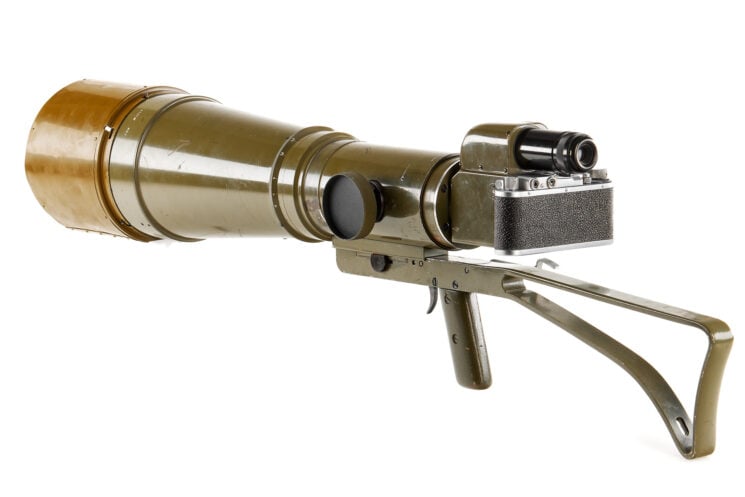 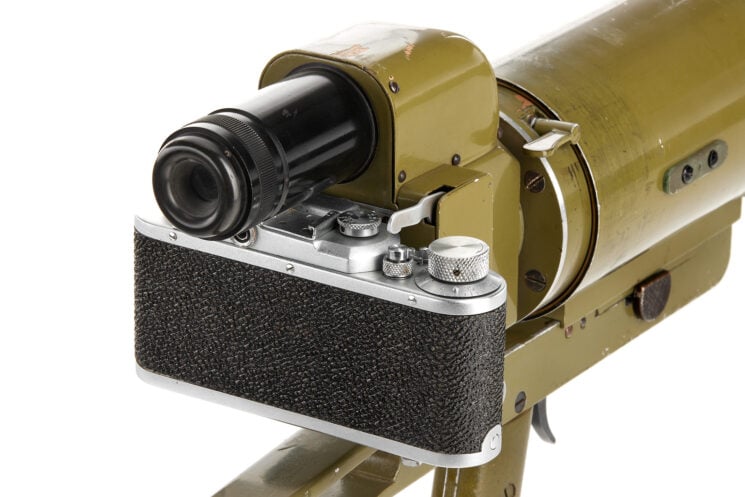 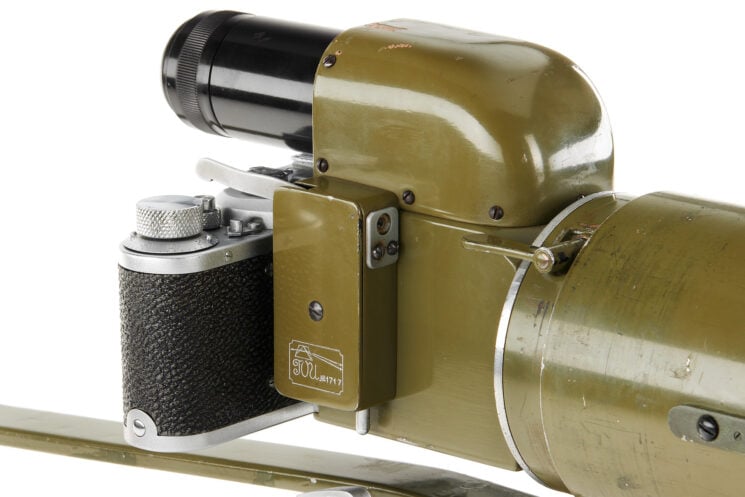 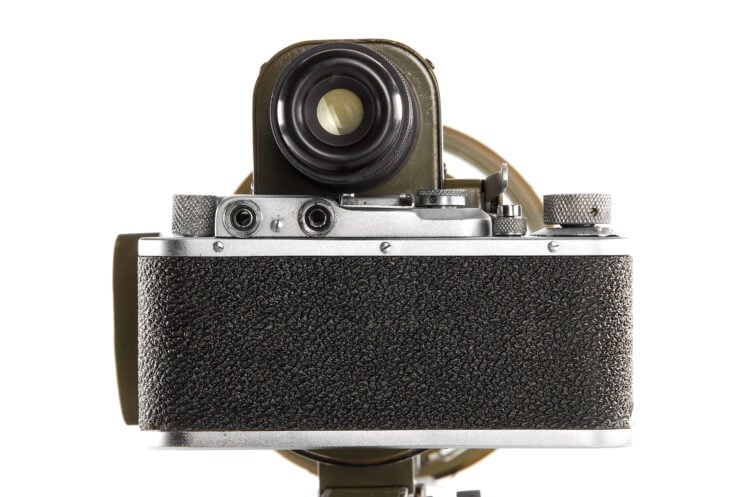 It certainly is a wild piece of kit and it sold for more than double its original estimated value. If you want to find out more about it, check out the Leitz Photographica Auction website.