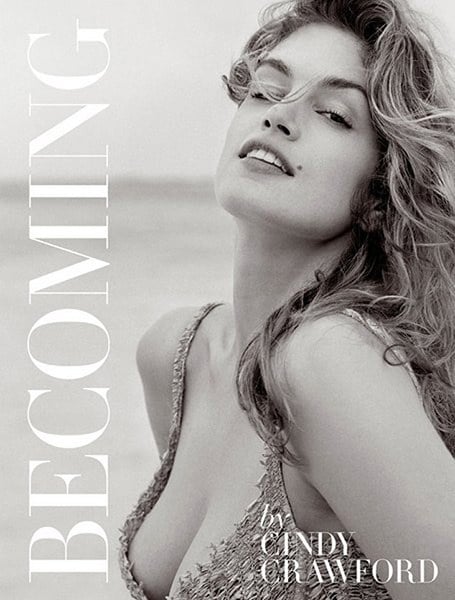 Cindy Crawford in without a doubt one of the most famous and photographed models of the past 30 years. In the 80’s, Cindy along with Naomi Campbell, Linda Evangelista, Claudia Schiffer, Christy Turlington and Kate Moss became known as the original “Supermodels”. I think it’s a safe bet to say that she’s worked with the best of the best photographers over that time. 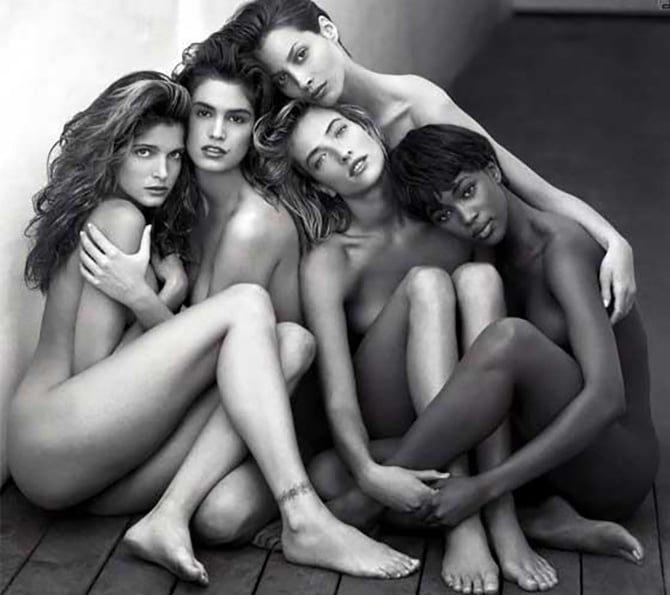 After reading only a few pages of Cindy’s new book “Becoming”, it was apparent that is an amazing resource for photographers to see the impact their style of shooting and directing models can have on a model and their career. She dedicates almost half of the 250 pages in the book to share stories about many iconic photos and to explain exactly what she learned working with 11 of her favorite photographers.

She has titles for each of her favorite photographers. Each has their own chapter with stories of working together, photos and what she learned from them. (These are the photographers with some highlighted quotes from the chapters   ).

The Mentor: Victor Skrebneski “He taught me how to hold my body best to show off the clothes, how to work with the camera, and how to pay attention to the light and to be still.”

The Legend: Richard Avedon “He insisted how important it was that I as the model, always have an idea in my head when I look into the camera.” 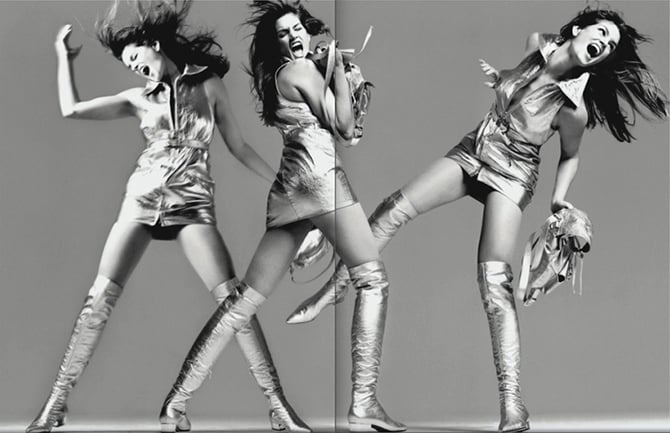 The Master: Irving Penn “I can’t say working with Mr Penn was a lot of fun. More important than fun, every moment in front of his lens was a lesson.”

The Storyteller: Arthur Elgort “He taught me to throw away everything I had learned… to almost forget the camera is there.”

The Magician: Patrick Demarchelier “Patrick has enough confidence in his ability that he is like a magician who can create something out of nothing.”

There Provocateur: Helmut Newton “It was like a game of poker. He’d play with you, and you had to be ready to call his bet.” 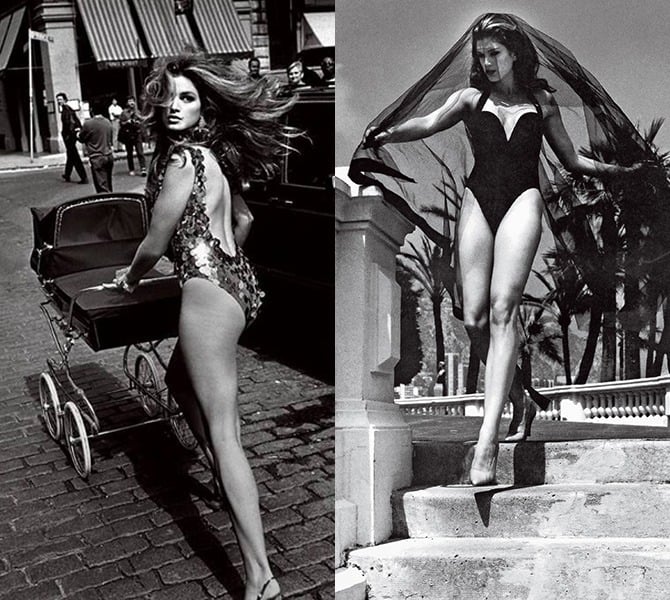 The Purist: Herb Ritts “He was a dream to work with because he knew what he wanted and he knew how to get it.”

The Cinematographer: Peter Lindbergh “There is a rich texture to Peter’s work. He loves to shoot in black and white, which gives his images both a modern and timeless quality.”

The Sensualist: Sante D’Orazio “Sante was a breath of fresh air in the fashion industry. He photographed women in a raw and sexual way.”

The Fantasy Maker: Marco Glaviano “He knew my audience and wanted to deliver something young guys would want to hang on their walls.”

The Perfectionist: Steven Meisel “Steven is the epitome of a fashion photographer and has the uncanny ability to spot the next big thing and help turn her into a pro.” 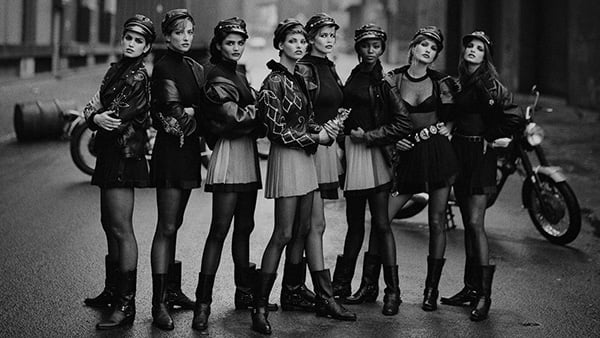 In addition to working with these legendary photographers, she contributes part of her exceptionally long career with working with new talent and shares some of her favorite photos with them… Although I wouldn’t exactly agree that Mario Testino, Ellen Von Unworth and Terry Richardson are new to the game. Maybe they were when she shot with them.

Just some of the many other topics she covers are traveling, body image, posing for Playboy, nudity, acting, becoming her own brand, personal life and making it all work together.

“Becoming” is not a scandalous tell all book, nor does it read as a “look at everything I’ve done” book either. It is very much a down to earth, honest look back on her experiences from the very beginning of her career to today. But there are plenty of great take-a-ways for almost any photographer who works with models and wants to get the inside scoop on the shooting styles and personalities that left a lasting impressions on one of the most successful models in history.

« You should not feed your Wedding photographers, Brides Magazine says
A look inside the factory that builds Fujifilm cameras and lenses »