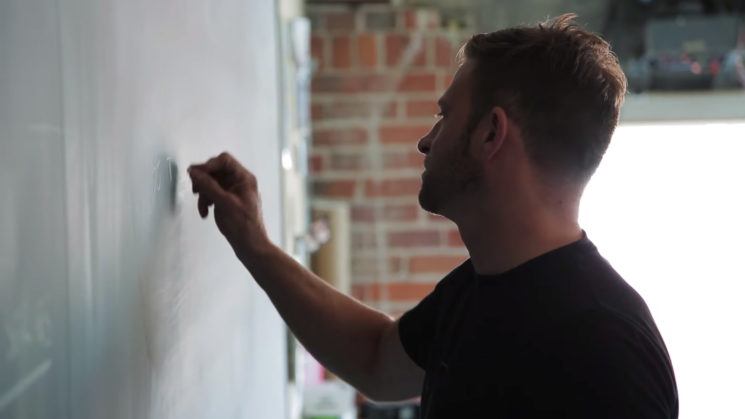 The goal for just about every photographer is to become respected for what they do. They want to be looked up to and admired. Sometimes that’s by their peers on social media for a little ego stroking. But much of it is more practical. They want their work respected and admired by potential clients. I mean, let’s face it, we all have bills to pay. For those just starting to try and make money from their photography, it is a great struggle.

In this episode of the Daily Creative, Chase Jarvis answers a question from photographer Jason Teale about this very topic. “I’m doing everything to get noticed, but it’s not working.” It’s something all of us have faced or will face at some point. Chase talks about what we can do to get over it.

Jason’s question is one that I’m sure many of us see them being asked online, regularly. They’re just not getting any traction at all with their social media or marketing attempts. Some also want to teach what they know, too, and have little success as nobody really knows who they are or what they do.

He tells Chase that his challenge is that he’s got a presence on various social media platforms, but he’s struggling to get traction. He’s been following the advice he’s picked up from various online sources, but nothing seems to be working.

Chase takes a look at Jason’s websites and YouTube channel, then quickly believes he’s figured out some of the root issues. Jason spoke of his “creative endeavours” during his question. Chase responded, “I don’t actually know what your creative endeavours are. I don’t think you do, either.”

And I think that’s a common theme amongst many people with similar questions. Their work is so widely spread across the board, covering a bunch of different genres, that they’re “ok” at a lot of things, but nothing really stands out. There’s millions of photographers out there that are pretty good at a lot of things.

There are also many out there who are extremely good at one or two things. And this is something else Chase touches on. “World Class” Photography. If you’re not creating it, why should anybody pay attention to you? And why should people pay you to teach them how to produce mediocre photography? Is the website just a facade to get people to buy into the training? Jason’s YouTube channel also had no videos on it older than a month or so.

Chase’s response in the video above is well worth a listen. He talks about a number of aspects on which many of us could do with some improvement. It certainly gave me a couple of things to think about for my own work and online presence. 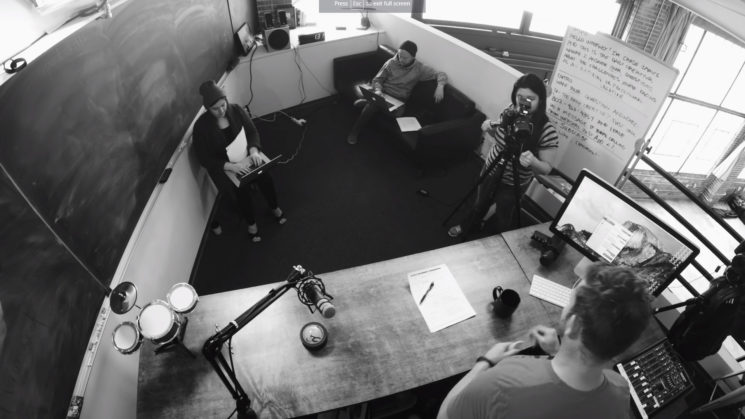 As to my own thoughts on this particular situation, it all seems to come across as a scheme to make some quick money. Which, as many of us know, just doesn’t happen in the world of photography – or in just about any other area of business. Whether or not that’s actually the case is another matter entirely. Jason has made a blog post in response to Chase’s video stating that’s not his intention. But that is kind of how it can come across, purely because there’s so many people in the same boat and failing.

Photography is a much more competitive world now than it used to be. Shooting half decent photos isn’t as difficult as it was in the days of film. Now that we get that instant feedback of digital, we immediately know whether we’ve got the shot or not. And if not, we make some adjustments and try again. There’s also so much more we can do in post now to compensate for a lack of photographic ability, too.

While our percentage of keepers might not be any higher than it once was, we can shoot much more. If we shoot enough, getting a few images that don’t suck is pretty much a given. But it’s no longer good enough to be “pretty good” at a wide range of things. You need to excel at something, become an authority on it. People aren’t stupid. They understand that if you’re amazing at one or two genres of photography, then you’re probably going not suck at the rest – Or at least good enough that you’d be able to figure other genres out fairly quickly.

As well as focusing your work, you need to focus the platforms on which you promote. You can’t be everywhere all at once. Trying to push YouTube, Facebook, Snapchat, Instagram, Twitter and all the rest regularly can become a full time job in itself. And if you’re not promoting them all equally, and regularly, then you’re not really doing a good enough job on any of them. Everything suffers.

Even with all that aside, a YouTube channel with a dozen or so videos on just doesn’t cut it now, either. There are many excellent photography & Photoshop educators on YouTube with hundreds of videos. Videos that they’ve been putting out completely free for a couple of years or more. They’re videos that have generated a lot of engagement and a large following. And most successful YouTube educators do all this before even thinking about charging for tuition.

It takes a lot of hard work and time to become an overnight success.

Posing, Light And Selective Composition – Getting The Best Out Of A “Nowhere” Location

Photographers, this is why you’re not getting paid

Why photographers who work for free don’t affect your business

3 reasons why you should show your work

« Should you really use UV filters on your camera lenses?
A German shepherd chewed on this Nikon D500 – and it’s still working »