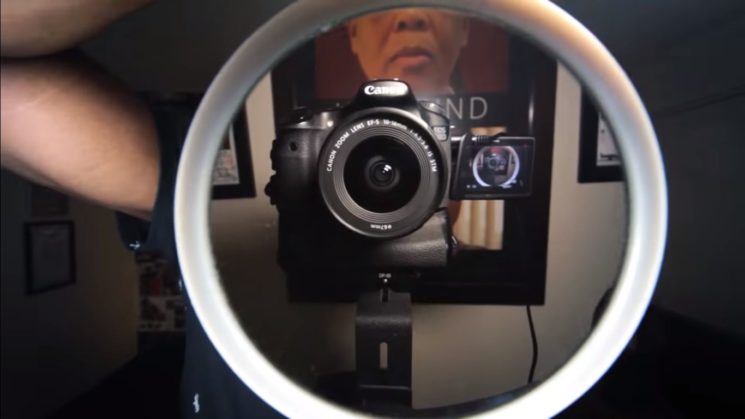 2018 has been pretty exciting when it comes to photo gear. While many photographers and filmmakers are upgrading or completely switching systems, some prefer using their old gear for years.

Filmmaker Darious Britt has used a Canon 60D for eight years now, even though there are so many better cameras now available in the market. In this video, he discusses why he still chooses to stick with the good, old 60D instead of upgrading his gear.

Darious bought his Canon 60D back in 2010 and this camera was his main tool for many projects. He used it, along with a Canon point & shoot camera, to shoot his senior thesis film. His first feature film followed, again shot with these two cameras and a GoPro Hero 2. When he started vlogging in 2013, once again he relied on this trio. He shot various commercial gigs and short films over time, and he says that he was either renting gear or using his Canon 60D. But why has he rejected to upgrade, when there are so many better cameras today? Well, there are some simple answers to this question.

The first reason Darious gives for not upgrading his gear is that he’s comfortable with his Canon 60D.

When you have a camera for a long time, you know it like the back of your hand. You can change settings even if you’re blindfolded and drunk at the same time. When you’re racing against the clock, you can shoot and change settings fast because you now the camera so well.

2. Upgrading gear is not a priority

Here, Darious reflects on his first YouTube video. He used the same camera back then, but it wasn’t nearly as good as his recent videos. Over the past five years, he has improved his hostmanship, lighting, production design, framing, color grading, fonts, graphics, and whatnot. The camera has remained the same, but he has focused on improving everything else behind it and in front of it. And the improvement is obvious if you ask me.

No fancy gear will teach you how to tell a story. Photography and filmmaking are a lot more than the latest camera or the most expensive lens. If you’re just starting out, Darious advises you not to get caught up in the camera hype – and I agree.

I also believe that you should work with what you’ve got and use your gear to the max before you upgrade. Maybe it’s because of the culture I was born in, since I come from a poor country. But regardless of that, I believe that even when you upgrade, you can still create great work with your old gear. If you know the craft and know how to tell a story, then even your first DSLR or point-and-shoot camera will do the trick.

[Why I STILL use an 8 year old camera | D4Darious]

« Missing photographer Lu Guang was arrested, Chinese police confirms
The dark truth behind the sensor size wars… Or is it? »