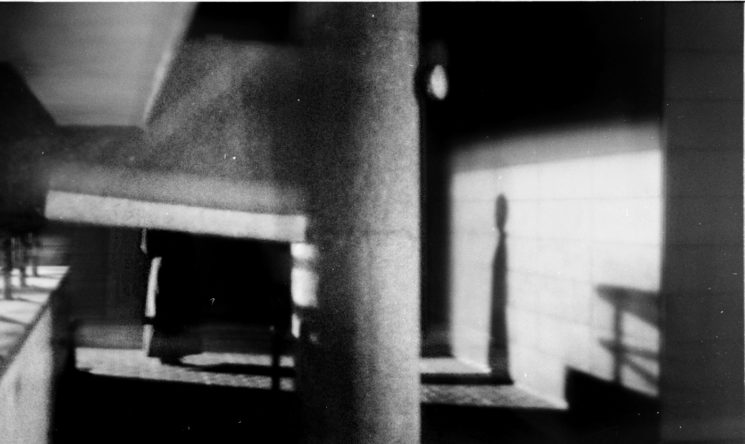 Photographs are as much about what is not included as the subjects in frame. Being aware of the things I avoid is as helpful to me as the things I gravitate towards when it comes to composing an image. Adding or removing elements through composition is one of the most significant parts of adding/removing/changing the context of an image. Including or choosing not to include certain things can alter a story in very serious ways, so it is always important to have ownership over those choices.

All images will crop reality down to a single frame, so being very specific about what is cropped will make all the difference to an image I like, and will keep, and one which will never see the light of day. 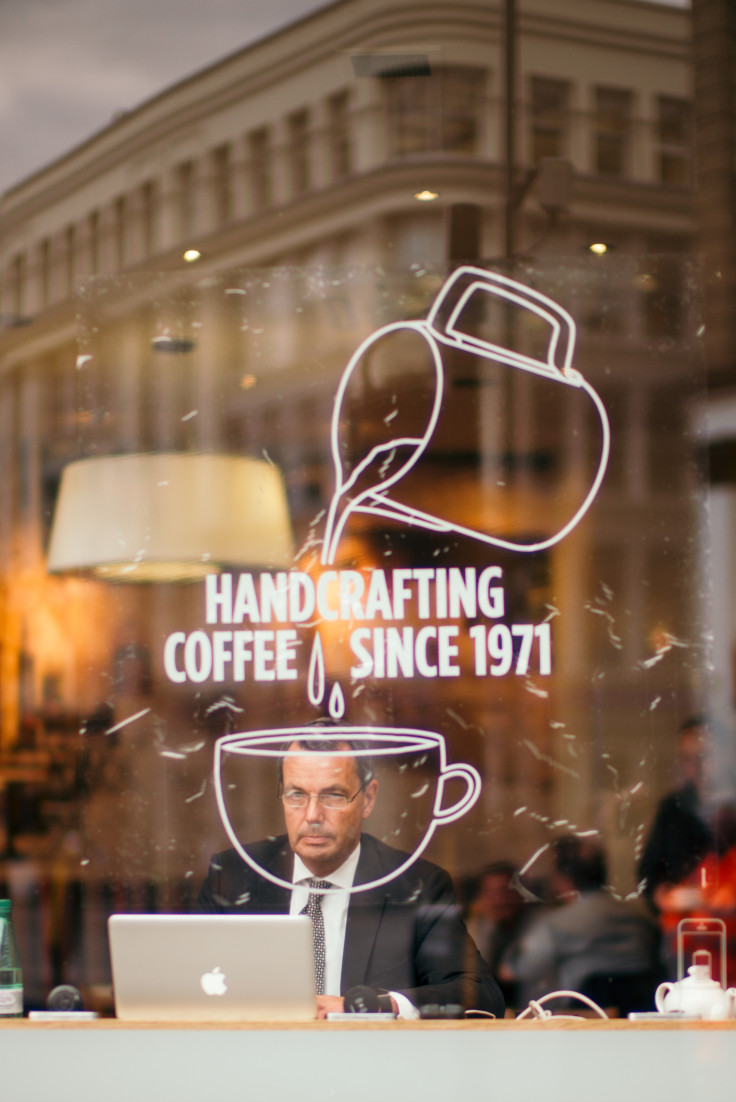 Words. I will try to avoid writing of any kind in my photographs. I find that as soon as words are present in the frame they will take your attention away from the rest of the image in order to read what’s written. I also think that things like certain typefaces and styles can “date” an image, and restrict the extent I’m able to make something look timeless.

Similarly, Logos & Advertisements. I will do my absolute best to avoid any form of branding in my image, including on peoples clothing. This is because I don’t want my photographs to be a vehicle for other peoples message, unless that’s what I’m being paid to shoot. Similarly I don’t actually wear any clothing with noticeable branding, and conceal the branding on my cameras and other tech with black tape.

Baseball Caps. This one is definitely personal preference but I really dislike the way that Baseball caps look. Unless I were shooting in New York I would avoid a subject wearing a baseball cap whenever possible. Especially in silhouettes it just distorts the shape of the face, and I’ve never been pleased with images featuring them. 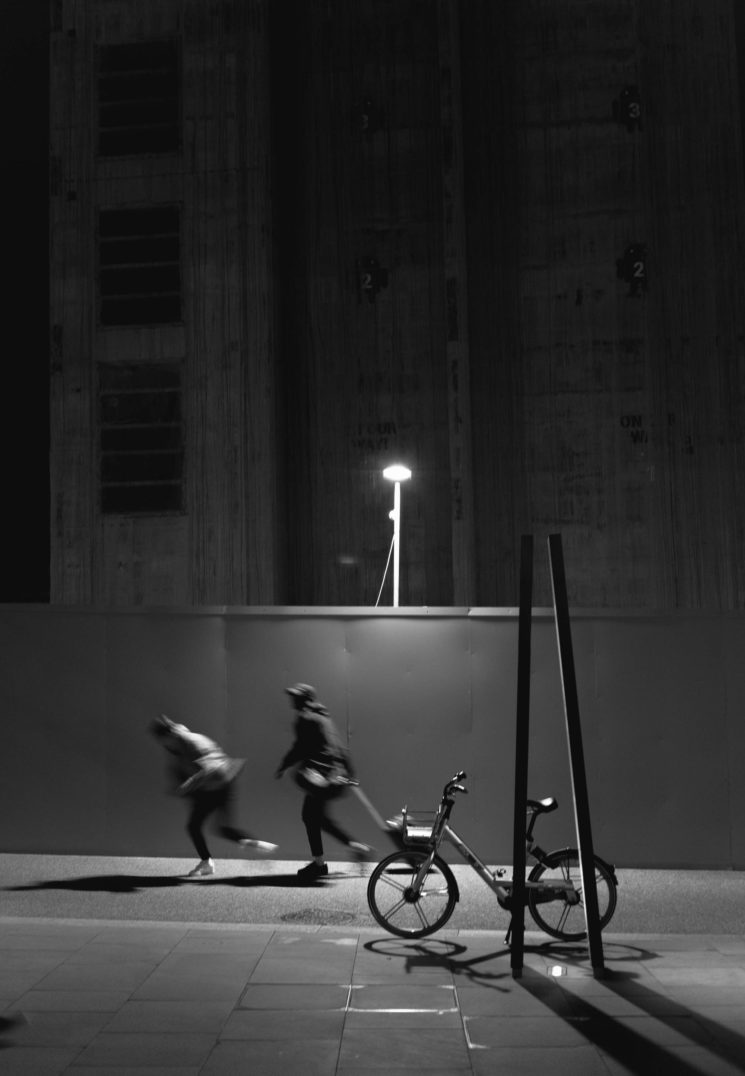 Cars. Again, I’m not the biggest petrolhead, and the “aesthetic” of cars, even classic cars, is lost on me. I don’t like the way they render in the background of a street scene, they often feature odd curves and shapes which are difficult to use in a composition. Even when they’re very out of focus they bother me. Unless I’m specifically composing around a window or a door of a car with a subject sub-framed through that shape I’ll try and avoid cars in my compositions. 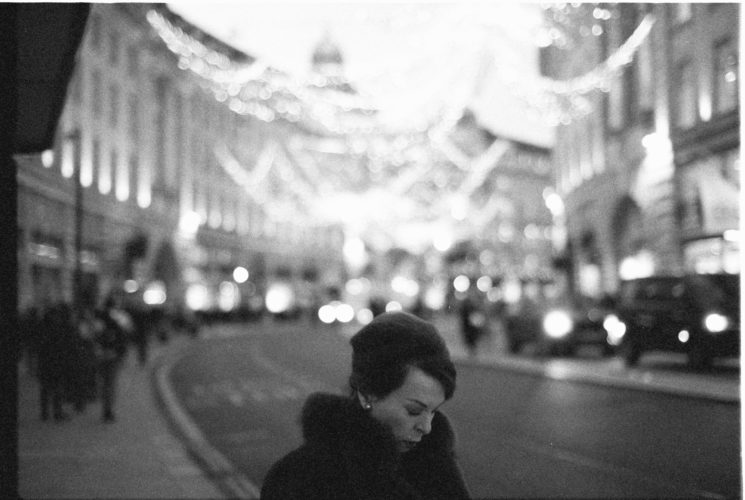 Street Performers and other “Deliberate Characters.” I’m making an effort to document very specific types of scene, and part of that means avoiding people who are going out to make a statement or deliberately be noticed. Street performers are a potentially easy hit for beginner street photographers looking for a bit of energy and action, but there’s no skill involved – it’s being put on specifically so people take notice and take photographs. It is better to avoid these scenes and to train your eye to action and energy that is not being specifically put on for an audience. That way you are capturing a more accurate and unique view on the street.

Cutting Off Limbs. Something I try really hard to avoid is to have good definition of my subjects, by keeping my lens dead straight against any potential lines or elements that could interfere with my figure to ground. The most important thing to me is to not have any elements clashing from the background against the subject, and to avoid any lines or shapes dividing up the subject – such as cutting off the top of a head, or going through the ankles. 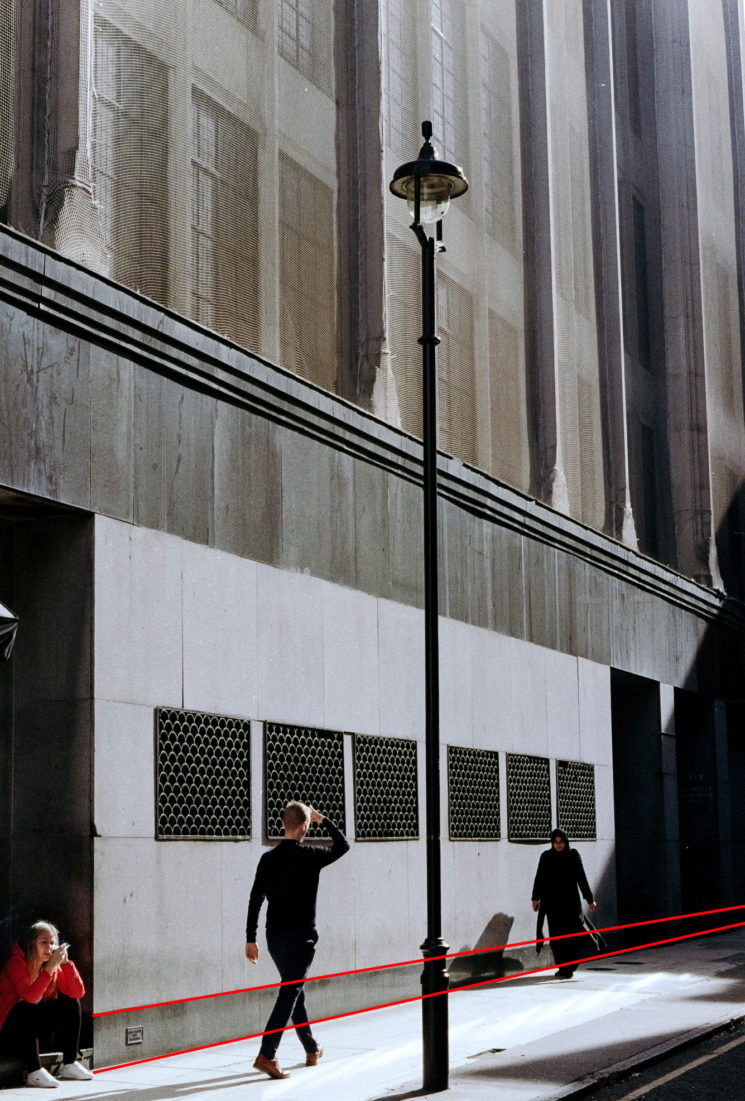 This will often happen if I am not at a low enough angle to the floor to make the line where any ground meets a wall as far toward the feet as possible.

Depth of Field. I usually shoot with my lenses wide open, with my slowest lens being a 21mm f/2.8. This means that there is a natural depth of field in the majority of my images, but I don’t necessarily keep my lenses wide open specifically for this effect. I would usually rather have the fastest shutter speed available to me and this means allowing as much light in through the aperture as possible. My use of a large aperture is usually only really noticeable in my portrait or close-up work, as in the rest of my scenes where I usually maintain a bit of distance between myself and my subjects the depth of field is not really as noticeable. 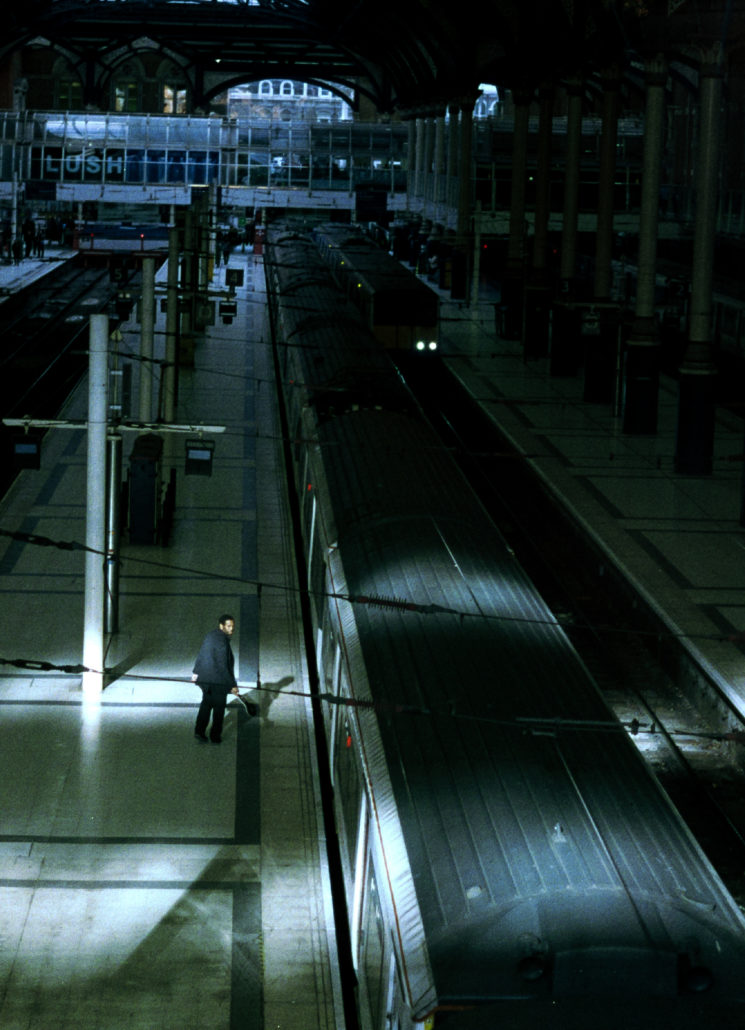 More Sky than Ground. When it comes to composing an image featuring negative space I will usually tilt my camera up so that the upper half of the frame features more sky than the lower half ground. This does depend on the context and I have taken images I like which have more negative space on the lower half of the frame, but in general I find I prefer images where negative space lies above my subject. I find it gives my images a sense of gravity, with elements sinking down through the frame rather than “floating.” 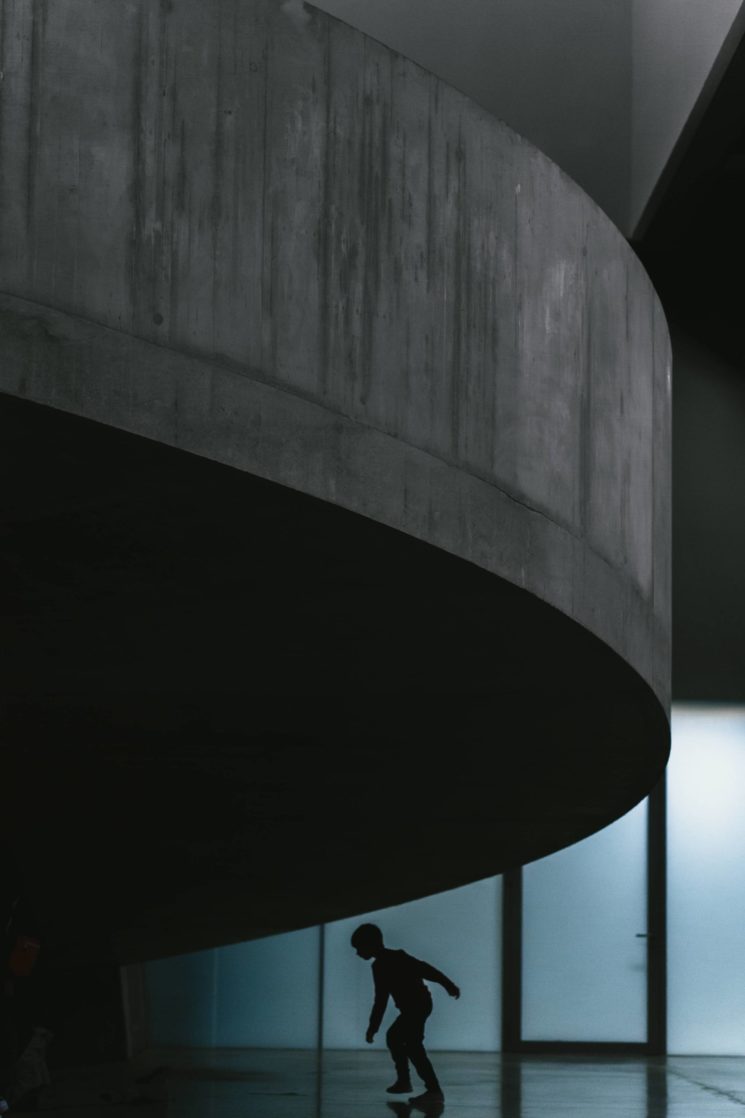 Diegetic Light. Diegetic is a term usually relating to the source of a sound in video/film – for example in a movie if the source of a song is apparent to come from a radio a character is listening to then that would be described as diegetic. In visual terms if I include the source of a specific light then that would be diegetic light. I really enjoy incorporating this in my images, as I think it offers a sense of space and scale within the frame. However it is only really possible when the scenery allows it, and it isn’t something I’ll go out of my way to achieve if I think other factors are more important at the time. 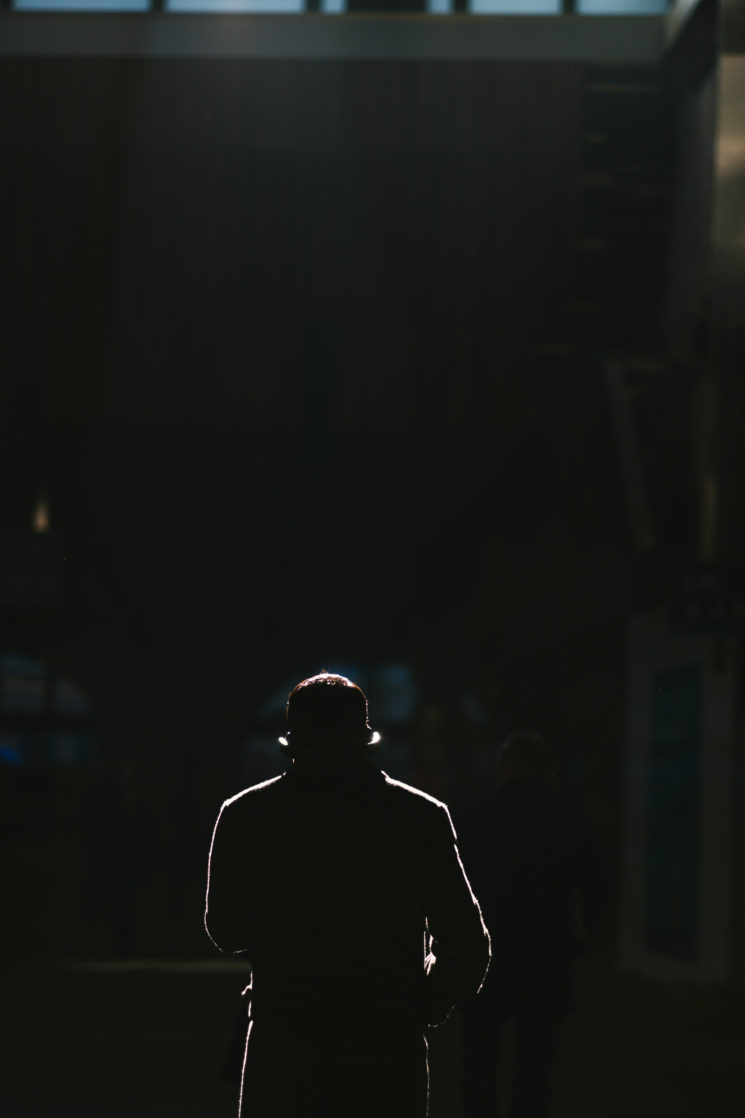 Digital Manipulation, Composites, and Double Exposures. This is more of a general rule I apply to my work but I like my photography to be broadly representational of what was in front of my lens, meaning I don’t add or remove elements in post production. Double exposures are a little different as that’s achievable in camera, but I haven’t had a lot of experience with them. I think I will be trying some techniques with my portrait work, but I don’t think it’s an aesthetic I would apply to street photography.

Clutter. This one is very subjective, but I like my images to have as little clutter as possible. My preferred lens for street photography is a 90mm, which usually means a very tight crop of the scene. This allows me to keep things that may be on the floor, or around the area out of my composition without needing to photoshop them out.

I am always reviewing my work and trying to notice things I am gravitating towards, or actively avoiding, so that I can have a better understanding not only of my photography but the way I see the world. It means being aware of what I am looking for when out and about, and helping that sight to become habitual. I am sure that this list may change over time, and I am even thinking of using this list to specifically shoot only these things that I normally avoid, to see what affect that may have on my work, or change my opinions to towards why I dislike them. I encourage you to think just as much about your own work, as you may discover things about yourself and your work which could focus your approach to shooting images with greater care and consideration.

If you’d like to get a better sense of the way I compose using elements of a scene you can watch this short video of BTS clips from shooting street in 2018.

Simon King is a London-based photographer and photojournalist, currently working on a number of long-term documentary and street photography projects. You can follow his work on Instagram and read more of his thoughts on photography on his personal blog. Simon also teaches a short course in Street Photography at UAL, which you can read about here. This article was also published here and shared with permission.

These are 28 common mistakes in Street Photography you should avoid

These are the four biggest photography rip-offs you should avoid