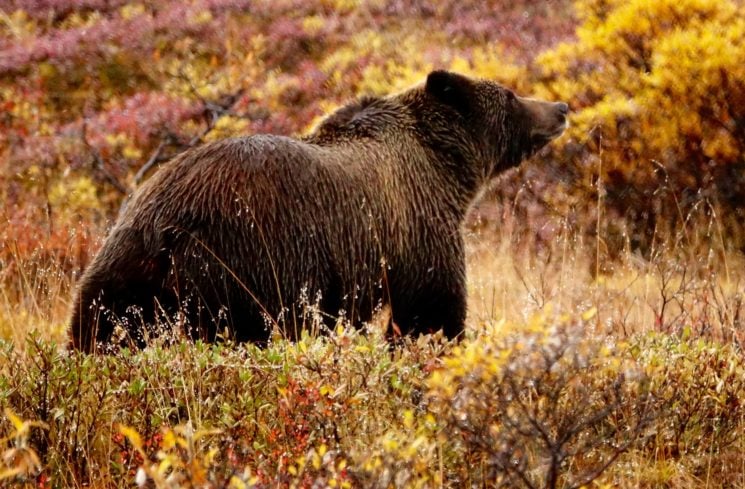 It’s been a busy week for bear news here at DIYP. Following closely behind the bear filming selfie’s on a lost Gopro, we bring to you some slightly more conventional (though no less impressive) footage of a grizzly bear doing his thing in the Yukon wilderness, shot in SloMo no less.

David Troup caught on camera a gigantic male grizzly bear in the Yukon Territory in Canada. First the video shows him rubbing his back against a tree. The bear then runs full tilt towards the camera in a dizzying display of speed and strength, displayed in slow motion. “Look at those claws” David exclaims in his Facebook post. And he’s not wrong, they are huge!

Look at those claws! A grizzly bear runs towards the camera in slow motion after marking a tree in the Yukon wilderness in early August.#yukonwildlife

Troup monitors 15 motion-sensor cameras in the Yukon wilderness for possible posts to showcase the region’s wildlife. And looking at the footage shared on his Facebook page they show an incredible variety of species. From the elusive Canadian Lynx to young black bears play fighting. Troup’s camera traps show moose, wolves, porcupines and many more North American animals. It’s a cornucopia of wildlife living their best lives without interference from humans.

Welcome to Yukon Wildlife Cams! This is my endeavor to share wildlife activity captured by motion activated trail…

Apparently, male grizzlies scratch their backs on trees not because they have an itchy back but as a sort of “Bear Tinder” to broadcast that they are looking for a mate. Female grizzlies will pick up the scent and I guess either swipe left or right depending on their interest!

« How to step up your vlogging game and film yourself professionally
Hasselblad celebrates its 80th birthday with the $15,000 Anniversary Edition 907X »