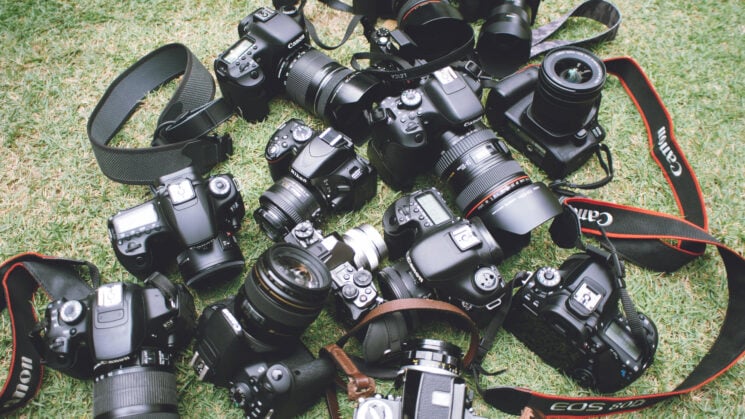 As the world and technology are changing, photographers change their habits and choice of gear for the job. And surely a lot has happened in the industry over the past decade or so. Mirrorless cameras have exploded in popularity, many major manufacturers have had issues (especially during the COVID-19 pandemic), and Olympus even sold its business. So, what is the No. 1 choice for photographers when it comes to camera brands and models?

Folks over at Shotkit decided to find out. They surveyed 1,000 photographers to answer the question: What camera do amateur and professional photographers use in 2022? They say that the results surprised them, and honestly, some of them surprised me as well.

Other than just asking photographers what they used, Shotkit wanted to know the reasons for their choice.

When it comes to amateurs, mirrorless cameras are also more popular than DSLRs. Although, it’s not by much: 54% of professional photographers use a mirrorless camera, while 46% of them use a DSLR.

The reasons for choosing one over the other

As I mentioned, Shotkit wanted to know the reasons why photographers choose mirrorless over DSLRs. The most common reason why professional photographers use mirrorless cameras is that they are smaller and lighter than DSLRs. The second most common reason is that they offer better autofocus, and the third most common response is their silent shooting. When it comes to amateurs, the number one reason for choosing mirrorless cameras is also their smaller size and weight. The second reason, though, is the in-body stabilization, while the third most common answer is that amateurs prefer using EVF. I was surprised by these answers for amateurs since I don’t find IBIS as important, and I’d choose OVF over EVF any time. But that’s just me, of course.

Those who prefer DSLRs over mirrorless cameras said that it’s mainly due to the superior lens selection. The second most common reason was that switching to the mirrorless system is too expensive. I was actually chatting with my photographer friends the other day, and all of us had the same reasons for sticking with DLSR. Although, when I’m rich and famous, I’ll most likely invest some cash into switching to mirrorless.

The most popular camera brands

To my surprise, Nikon is the most popular camera brand used by professional photographers. 31% of professionals said they use Nikon, and it’s closely followed by Canon (28%), and Sony (20%). As for amateurs, they prefer Canon. 27% of amateurs use Canon, closely followed by Nikon (25%), and Sony (16%). Most photographers I know have moved from Nikon or Canon DSLRs to Sony mirrorless, so I would expect Sony to be the leader. But according to Shotkit’s survey, it only takes the third place among both pros and amateurs

The most popular camera models

Even though Nikon is the most used brand, the most popular camera used by professionals is the Sony a7III with 7% of pros using it. It’s followed by the Canon R6 and the Nikon D750, sharing second place with 5% of answers. As far as the amateurs go, the Sony a7III takes the throne again, but it shares it with the Nikon D850. These are followed by Nikon D750 and D7100.

As you can see, some of the responses surprised me, while I found the others totally expected and even relatable. You can see complete survey results at Shotkit, and let us know – are the answers what you’d have expected?