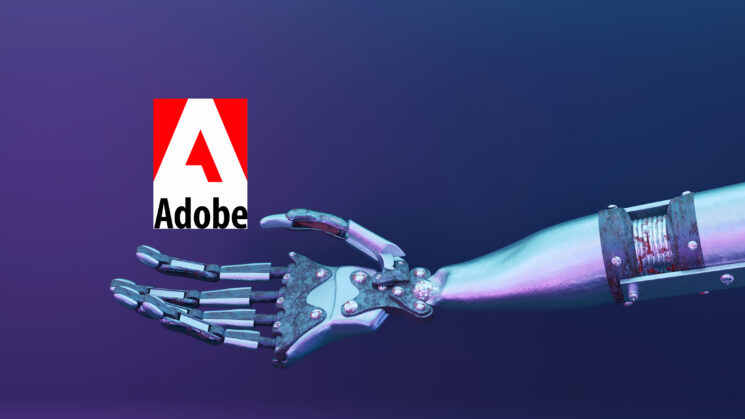 Adobe Inc. Chief Product Officer Scott Belsky has categorically stated that Adobe has never used its customer data and content to train artificial intelligence (AI). Following criticism from their user base, the executive says that the terms and conditions and policy on user data have been misinterpreted.

“We have never, ever used anything in our storage to train a generative AI model,” Belsky said in an interview with Bloomberg, adding, “not once.”

This furor follows close on the heels of a couple of major lawsuits launched against generative AI imaging software companies. A class action lawsuit launched by a group of individual artists, and Getty images have recently set their sights on getting even with AI generators such as Dall-E and Stable Diffusion.

However, Adobe has been using AI within its software for quite some time, quietly beta testing within the neural networks section of Photoshop and its other programs.

Artists and other creatives are on high alert at the moment with a sense of impending doom for their livelihoods as AI gets better and better at mimicking their own work. So it’s not that surprising that Adobe’s policy could have been open to misinterpretation.

In early January, a screenshot of Adobe’s terms of service was spread on social media and described by some as the company using customer images or videos to train multimedia generation AI models.

However, Belsky has said that the terms are at least 10 years old, which pre-dates any sort of AI training. Belsky continues to state that if in future there are plans for generative AI, they will clearly declare it and allow people to opt-in as they wish. However, in general, Adobe’s AI is intended to enhance the workflow of creatives, not to dispense of them altogether.

Belsky admitted that this was a “wake-up call” and that Adobe clearly needed to be quite explicit about these matters. As we are fumbling around in the dark trying to grasp this new world-changing technology, we must not be blind to the fact that laws and policies are generally slow to keep up.

Personally, I think it’s a great thing that people felt empowered to question Adobe on these things. With better communication and dialogue, perhaps there can be room in the future for both artists and AI.