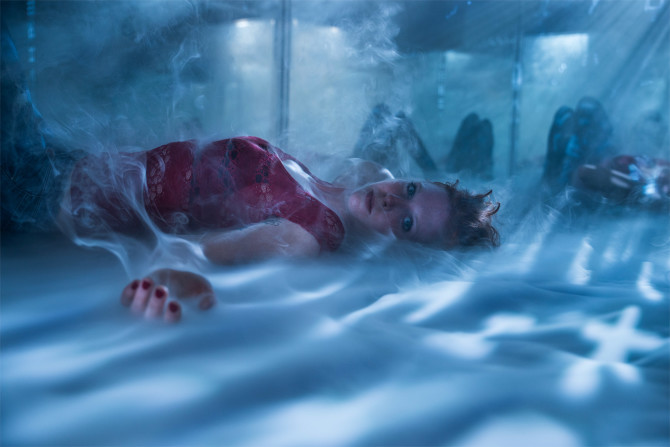 There are these moments I have, lying in bed, closing my eyes and there it is: that idea that won’t let me sleep. Most of the time the idea get stranger and stranger as time goes by, because instead of being asleep, which is what I probably should do, I get inspired.

So I wake up and there it is: The telephone call, asking if you want to buy four mirrors. A few moments later I am standing with my first cup of coffee in my kitchen to realize what just happened:

I didn’t sleep very well the next night either, because I started testing my DIY-ground-fogger.

The plan was to make it cheap, fast and easy. So I came up with these parts: 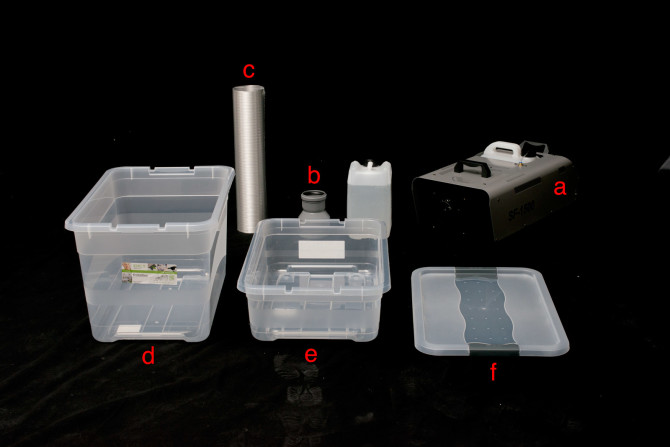 a) a 1500W fog machine with enough heavy fluids
b) a PVC reducer
c) a flexible tube
d) a big plastic box
e) a smaller plasic box, fitting in the bigger one
f)  a lid for the box
g) some gaffers tape (of course there should be gaffers tape, so it’s not in the image) 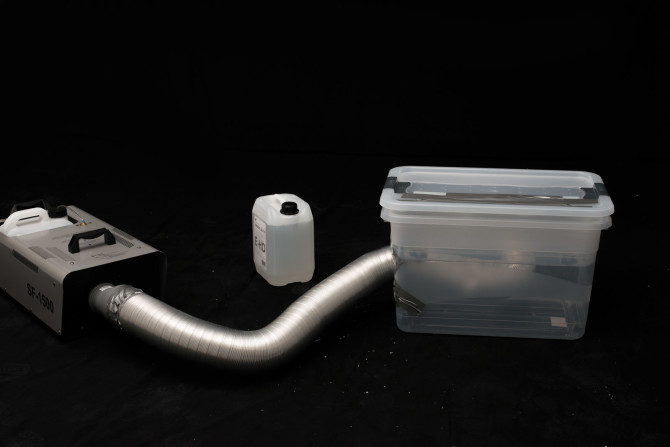 The ground fogger was easy to build: put a hole in the big plastic box (d) to put the flexible pipe (c) in. The fog machine (a) blows fog through the PVC reducer (b) and that pipe into the box. So the fog is loosing speed and builds up some pressure.

The small box has holes on the bottom and its filled with crushed ice – the pressurized fog needs to go through that ice to get cooler. On top of the box there is the lid (f) we cut a large hole in it. The fog can now slowly crawl out without getting more speed. This is important – fog speed is the killer for ground fog – turbulences will lift it in the air and contaminate you fresh and clean studio atmosphere. You don’t want that. 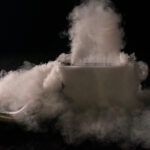 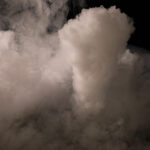 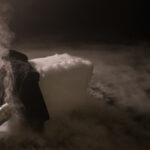 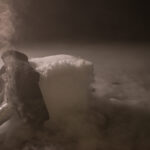 ok, fog machine must go out of the studio

So here is the first test. with 8 pounds of crushed ice, the fog is quite good – as long as it does not meet the fog machine or the flexible pipe. It will instantly get’s warm and go in the only direction you don’t need: up.

The fog tends to move everywhere in the studio, so I needed to build a box – good thing I just bought those big mirrors.

I placed the 4 mirrors to form a symmetrical box measuring: 2m x 2m x 1.4m, cleaned it with huge amounts of window cleaner and took some test shots. 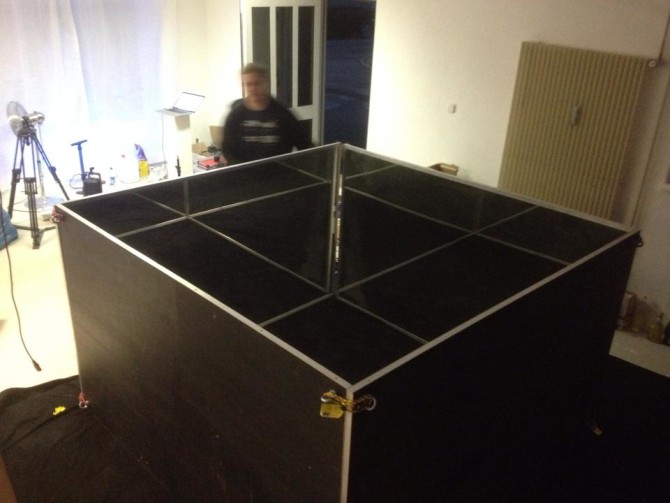 Placing mirrors opposite to each other is quite amazing- it opens up a lot of creative options, and it’s a very nice thing. Unfortunately there are two major drawbacks:

1) the photographer is always visible in the image (from all angles)
2) Light does some pretty much unpredictable things (as it gets bounced all over the place. thought that shooting metal utensils is hard? It’s a child game compared to that…. 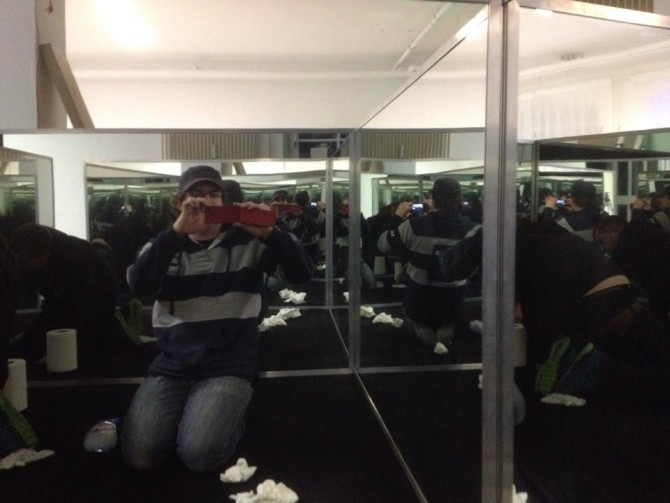 I love to throw non-conventional lights on my models so I had some non-trivial light modifiers – my main light would be the Multiblitz Fresnel Spot (same as we used here) on a X5 Monoblock.

The light pattern effect comes from a Light Blaster which we used on an X10 unit with a standard reflector (using the Universal Studio Adapter). We used the Matrix from the Pro Gobo kit and various color gels.

I used a Canon nifty fifty as lens for the Lightblaster. This little devil (light blaster that is) can be awesome / tricky / frustrating / amazing but always very unique. I love it, but it was not an easy setup with hot shoe strobes. Now it’s way smoother with studio strobes. With careful use of modelling light, focusing and framing is just easy.

The Light Blaster Studio Adapter is fairly unknown right now – it’s kind of a bracket between a standard reflector and the Light Blaster, hidden under a reflective hood. It fit’s on every brand and every strobe – and it makes things so much easier. Focusing, framing and – last but not least – lots and lots of light output are the main advantages.

You don’t have to fiddle with batteries anymore and everything is just easy as long as you don’t keep the modelling lights on – it will melt your slides and probably the Light Blaster as well.

So… Mirrors. Use more than one and forget everything you’ve ever learned about light.

I did a good thing choosing the fresnel spot, this light is perfectly controllable and I just lit the head of the model. The Light Blaster on the other hand, did fire in the mirrors and the Japanese symbols were placed all over the image, creating some nice light rays and giving extra depth to the image. 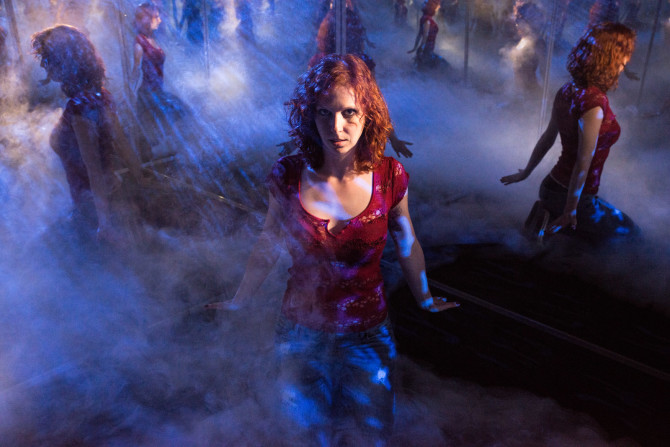 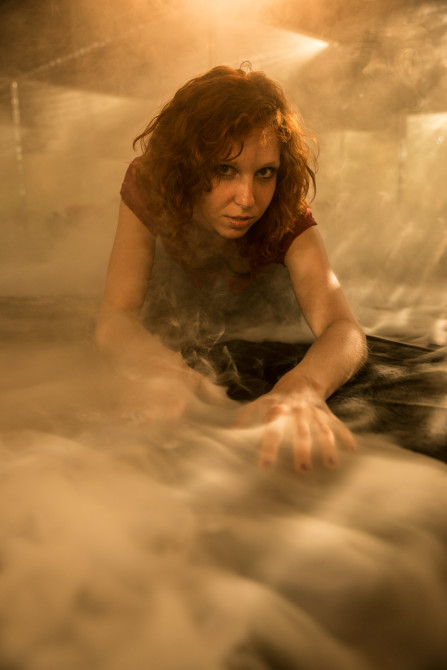 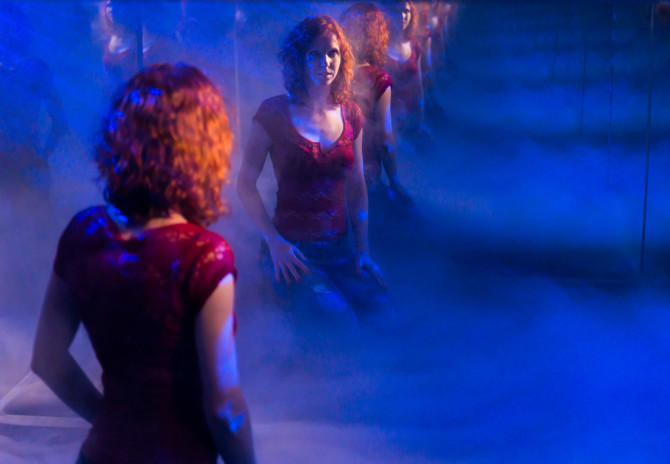 I hate those moments when I am not able to sleep. Especially because my little daughter does not really care if I slept for 3 or 8 hours and as soon as she is standing beside my bed, my day starts…. Some of you may know how it feels. I can say my days are variable in length and inversely proportional are my nights.

However – I don’t hate these hard-to-find-sleep-times – of course I don’t. It’s the best thing I can imagine, something new and exciting to play with.

So here we go, learned a lot about new and very rare problems, had a very good time and now I have a lot of crap in my studio I probably never ever need again. Good times.

How to create a Mandalorian light blaster effect in After Effects

« Fascinating Behind The Scenes Look At The Work Of A Forensic Photographer
Photographer Calls For Selfie Stick Free Weddings, Gets Massive Approval, Has To Take The Post Down »