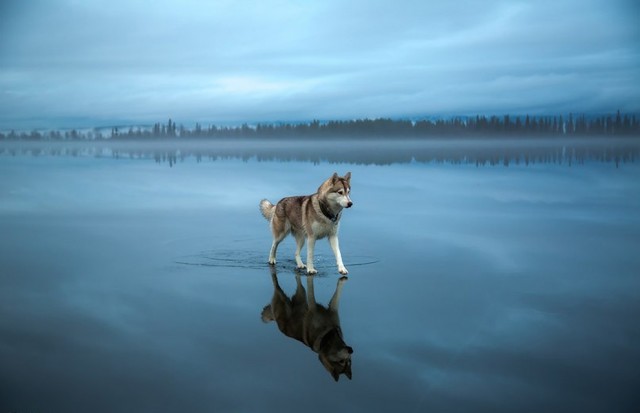 Let these sublime photos, taken by Fox Grom, serve as a testament as to why we should all get out and shoot during blue hour more often. Residing in Kirovsk (Murmansk Oblast, Russia), Grom took his Siberian Huskies out to a nearby lake. Though still safely frozen solid, the lake melted down marginally to produce a thin layer of water that blanketed the icy surface–just enough to give the appearance the dogs were walking on water.

Moreover, the soothing azure tones  of the sky blend perfectly into the cold, blue lake and layer of fog that rests atop the surface. Consequently, the photos have an almost ethereal appearance. The dogs seem to be slightly curious about their new playground, but are clearly in their element as they frolic and play together on the frozen horizon.

Alas, prepare yourself to be awed as you scroll down through some choice selections from Grom and his pups epic photo adventure. 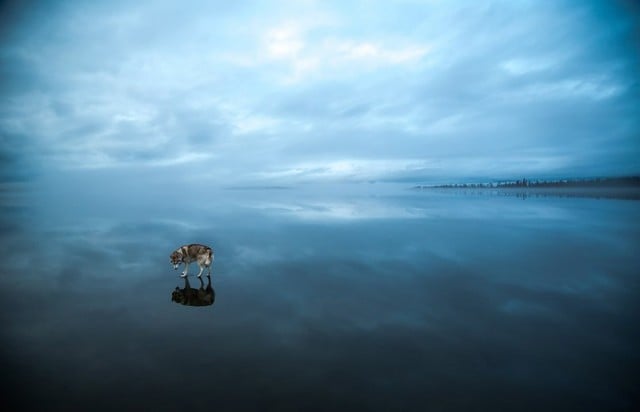 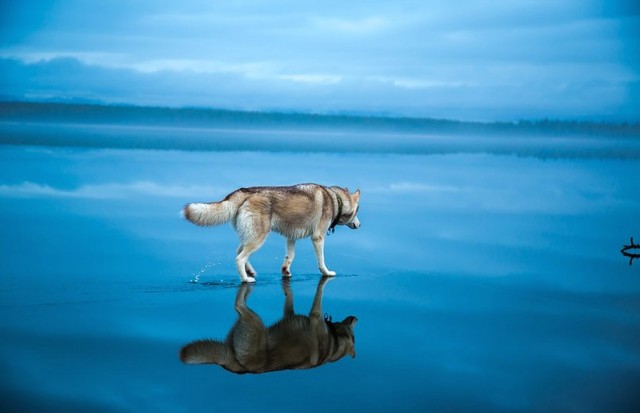 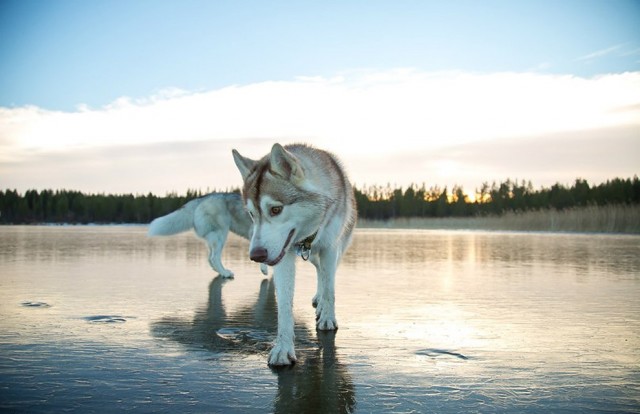 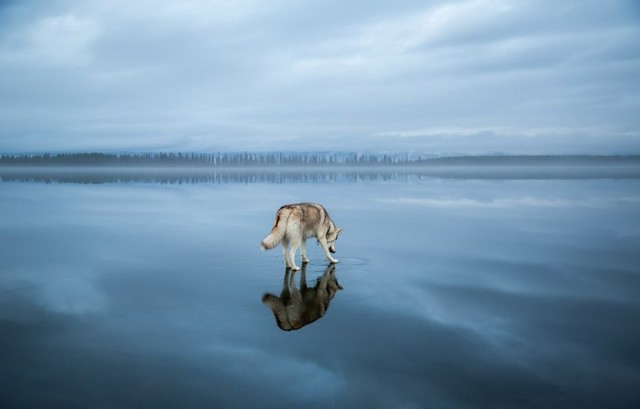 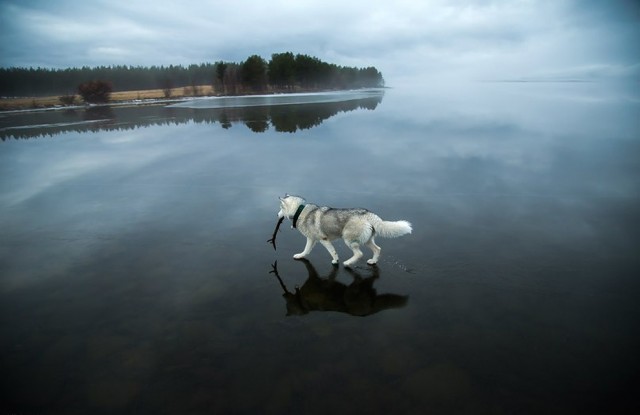 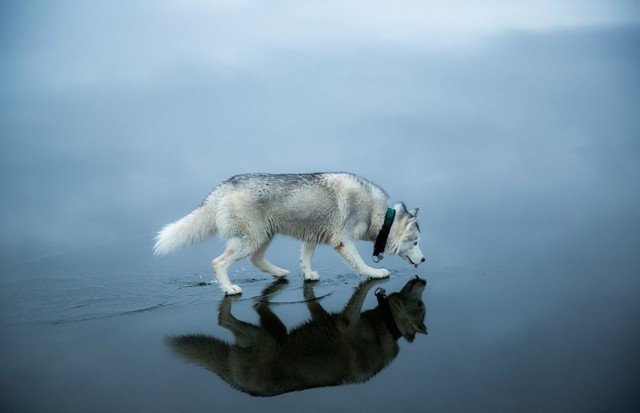 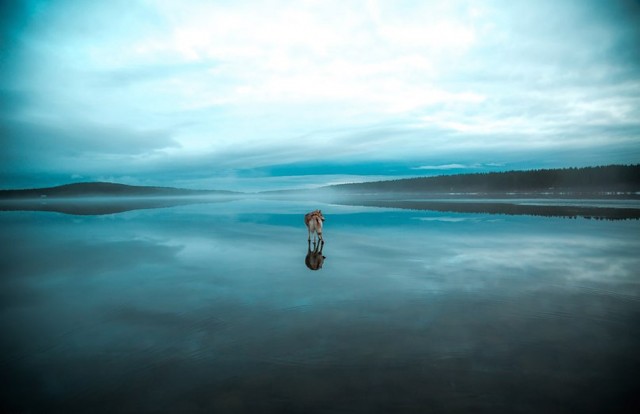 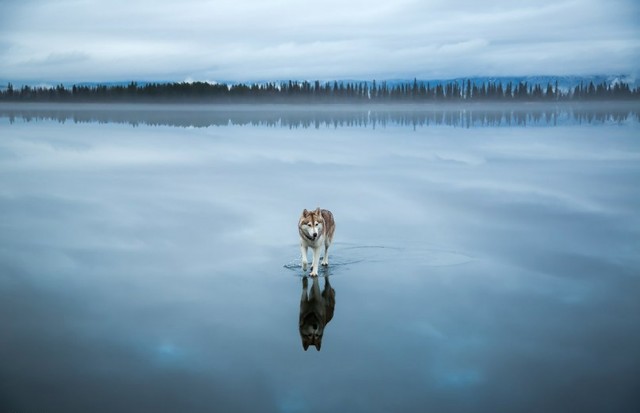 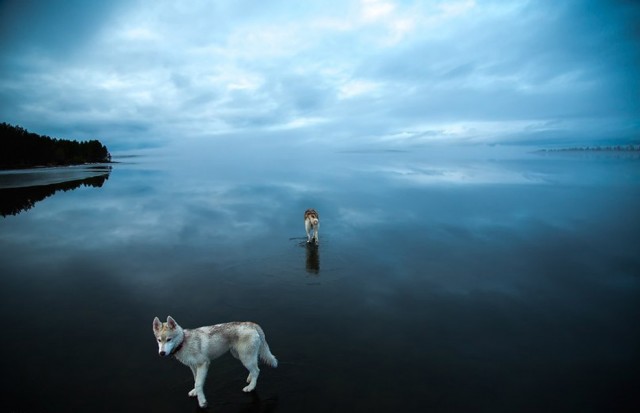 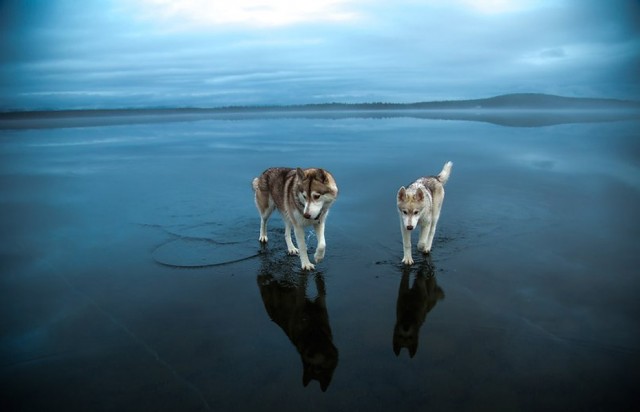 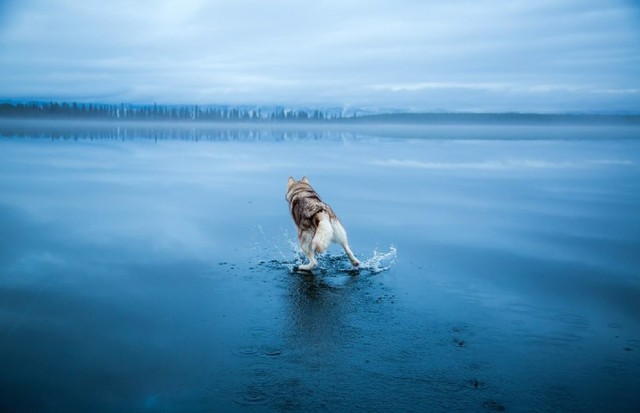 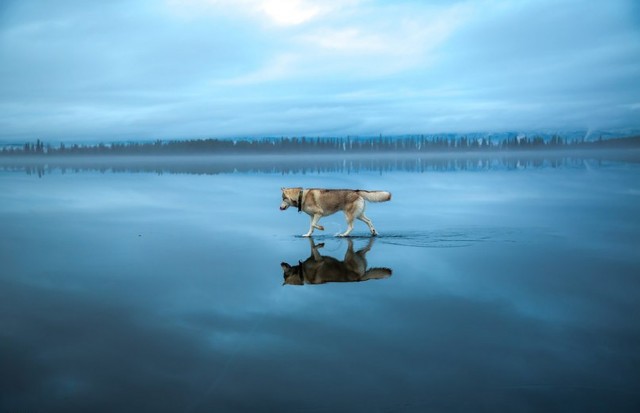 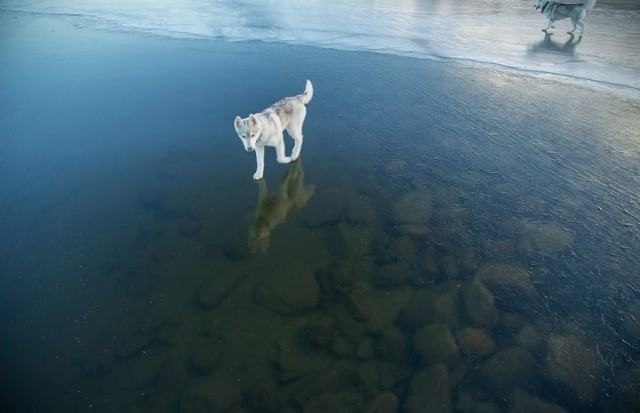 Watch: Siberian tigers take down a drone like it was a bird

« Yi Action Camera First Reviews and How It Compares to the GoPro
Researchers Use Slow Motion to Study Hummingbird Flight; Will Improve Drone Stability »