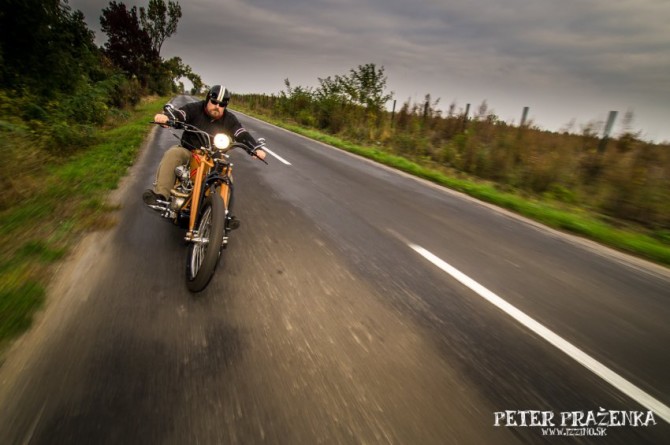 Ever since I saw this custom made motorbike of my friend Tapeta I knew I was going to take this shot. Today I am going to share how it was made. 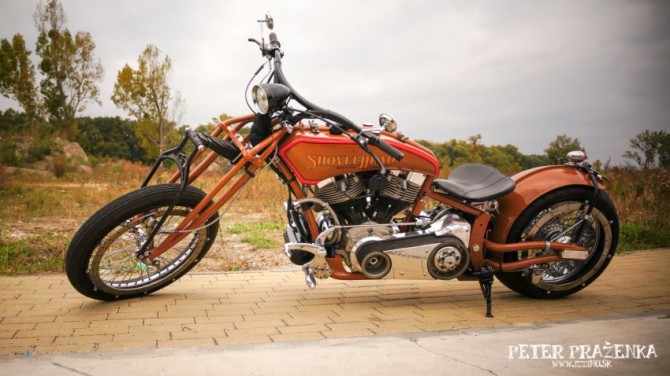 The hardest part was probably to find a location for shooting this. I needed a location which would look similar to some Arizona desert scenery: No trees on the sides of the road; no traffic lights; no houses. I was really looking for very clean shot. After few months I found the right spot, probably one kilometer long without any trees – just small bush and grass. A place where traffic is not very heavy. The plan was to take the show with my car riding along the motorcycle, in the opposing lane on the road.

The instructions for shooting were pretty simple: We are going to drive 70km/h, I will be driving next to you and you should be holding consistent speed and remaining in a constant position relative to my car. We probably repeated this about 6 times until I was happy with the results. 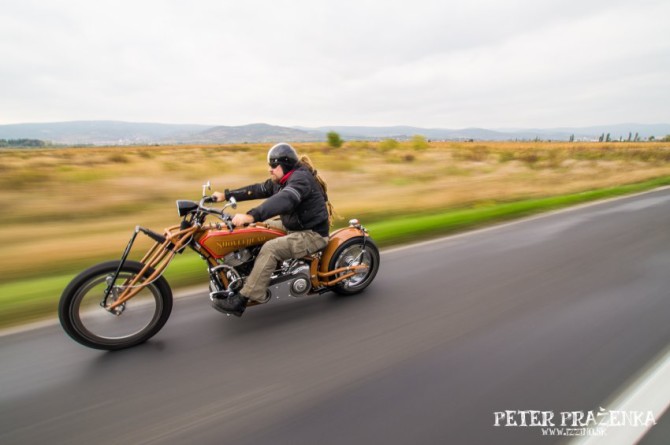 As far as camera and kit, we were on full manual. I used a Sony A57 with Sony 11-18mm lens. But only because this was  the cheapest piece of equipment I owned at that day. If anything went wrong, damaging this gear would not be fun, but also not too expensive. Plus this kit was gaining points on being relatively light weight. As for camera settings, we shot this at f/9, ISO100, 11mm. For the sake of moving background shutter speed was 1/15sec. Good enough to have a nice background blur while keeping the foreground rider sharp. 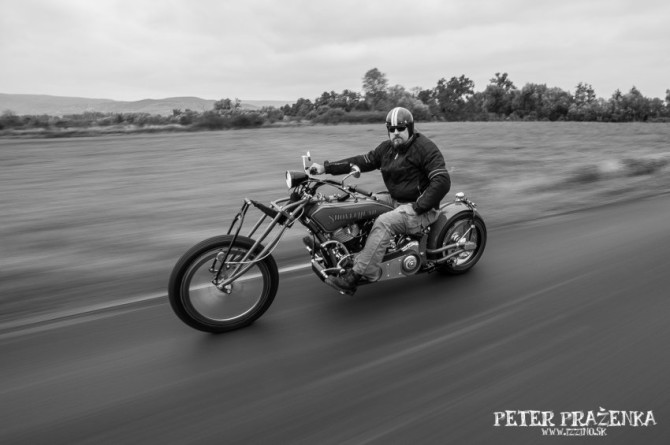 We did some test shots and rides to make sure that everything is working, and to coordinate. we were also looking for the best patch of road to take the shot in. 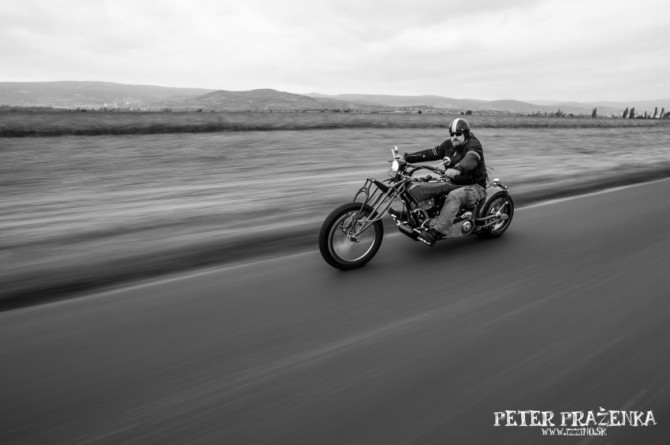 The camera was mounted to the car window using a monster Quad-head Suction Cup, and a super clamp and I was operating it from within the car using a wireless remote trigger. The strobes were set up with one strobe positioned on the camera to act as an optical trigger and tree additional strobes were mounted on the car roof railing, and inside the car. All were controlled with the remote wireless trigger. All strobes were setup manually for 1/2 power so they would have a consistent recharge cycle. 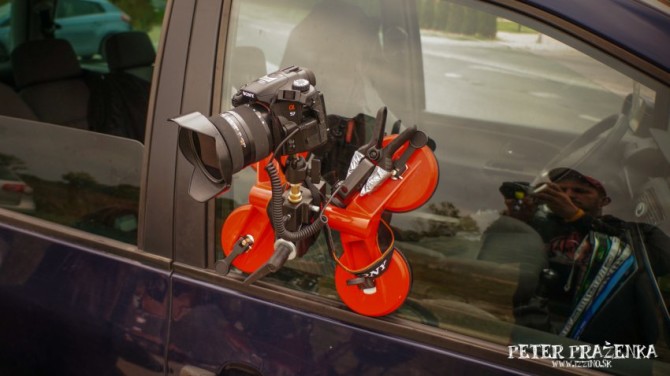 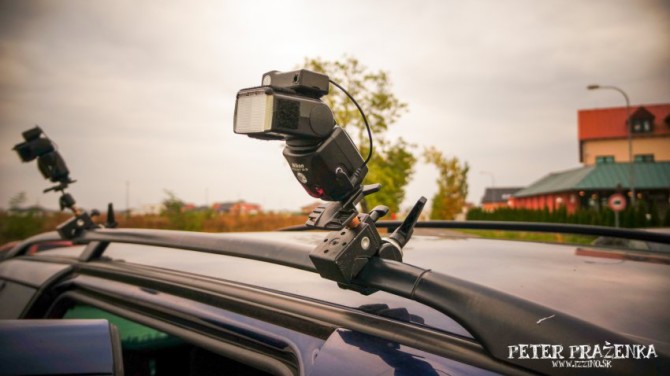 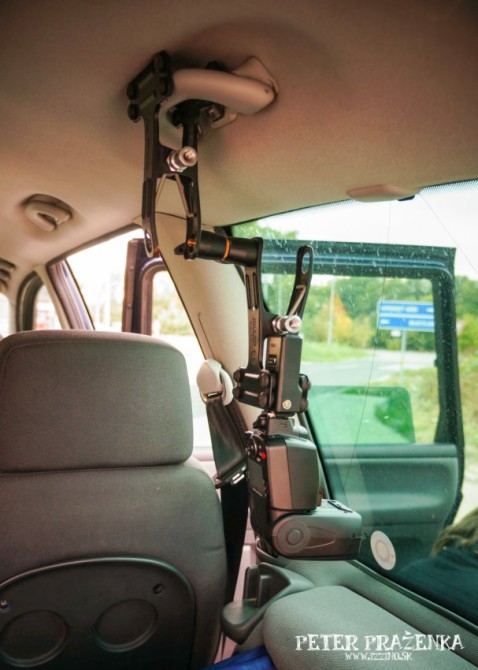 For the post processing I used adobe Lightroom and for the first simple conversation simply used a sepia filter. For the final Brown shot I edited in Photoshop and used an array of filters to give the photo a painting like feeling. 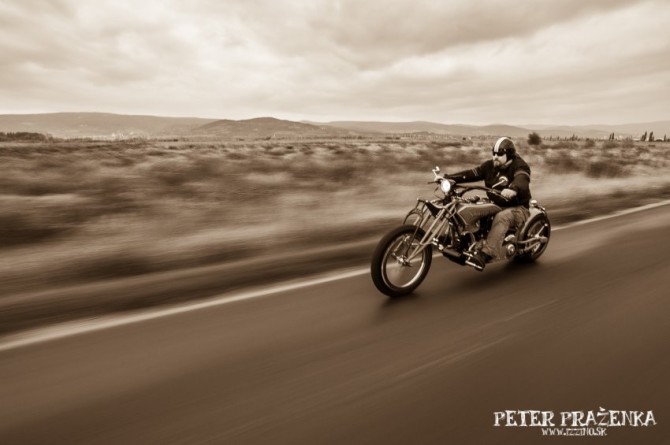 I later printed it on 100% cotton canvas and it looks perfect!

I did want to cover another shot that we did on the same day. For the lead image on this post, we re-arranged the camera on a Manfrotto Magic Arm and pointed it backwards, this way we could control the angle of the camera without removing the suction mounts. 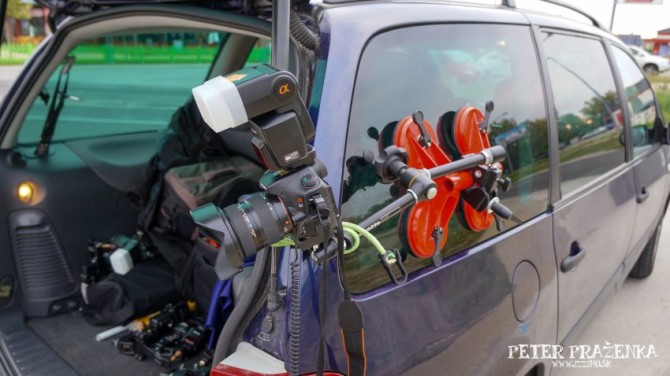 Peter Prazenka is a passionate photographer from Bratislava, Slovakia. You can follow his photography on his website.

It’s A Bird…It’s A Plane…No, It’s Superman Riding A Drone Over London!

« Top 10 Talents Photographers Don’t Know They Have
Posing, Light And Selective Composition – Getting The Best Out Of A “Nowhere” Location »