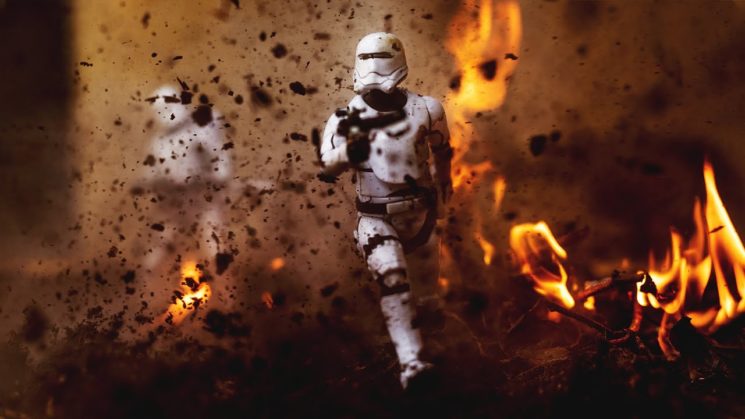 Most of us won’t have the chance to take photos at the actual Star Wars movie set. But hey, that’s why we have action figures! With figurines and miniatures, we can create realistic action scenes and take some epic photos. And what’s more, we have an excuse to play with toys.

So, if you’re up for some action shots at your own home, Photographer Raj Khepar shares a bunch of ideas, tips, and tricks in his latest video. Follow them if you want to take epic toy photos on a very limited budget, mostly with the stuff you have lying around the house.

For this video, Raj used Star Wars figurines, but you can use whichever you want. Although, I would totally choose Star Wars, too. Other than them, here’s what else you may need:

When you create the scene, use the plywood (or a table) to set everything up. Add the soil, rocks, and/or some moss to make the ground. Raj suggests putting everything in a shady area so you have better control over the lighting.

If you really want to make the figurines look like they’re in the middle of an action, don’t make them look static. Make them look like they’re in the running, and tilt their heads towards the (imaginary) action. The garden wire will do the trick to make them stand firm and not tip over. Create the base from the wire and to minimize your work in post, cover it in the soil so it’s not visible. 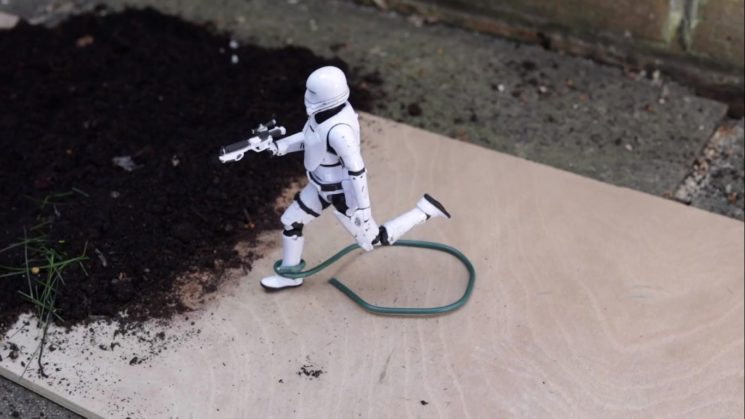 To make the action look even more realistic, you can rub some soil into the figurines, and burn them and scratch them in a few places. Although, I’d personally make them look burnt and scratched in post. I’ve always been that kid who took good care of her toys. But it’s up to you. : )

Now, it’s time to create some explosions. You can use the air gun to make the soil look as if something exploded on the ground. Add some smoke using the smoke machine or smoke bombs. Putting sparklers right outside the frame to add to the explosion scene. Finally, you can also add some dead leaves or a piece of wood and light them up to create fire in the scene, but be very careful with that. Always have some water around, or a fire extinguisher. Just in case. 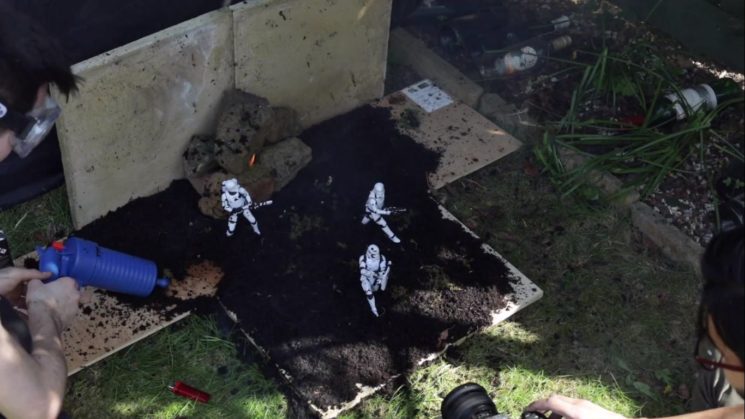 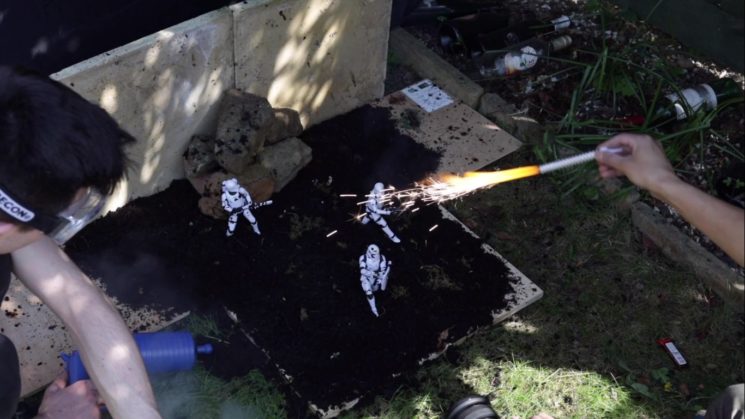 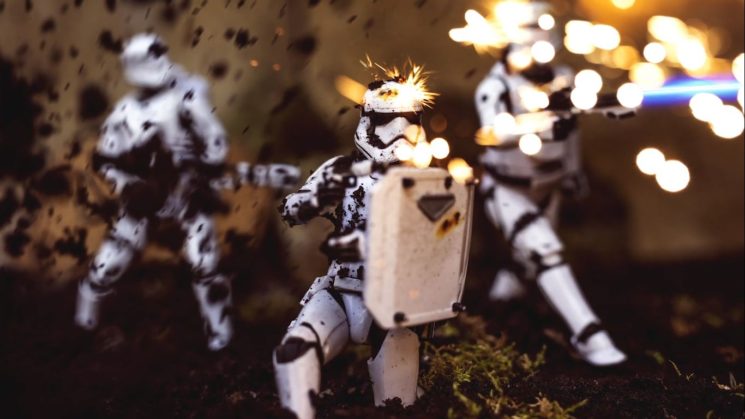 Now, if your imaginary scene is happening in the snow, you can use what we all have at home: flour. Sprinkle the surface with flour instead of the soil to make it look like your action figure standing in the snow. If you want to make it look like it’s snowing, sift the flour from high above. Be careful not to overdo it though, so the flour doesn’t overpower the scene. And one more thing: don’t use fire in this scene. Flour is flammable and the fire could get out of control. 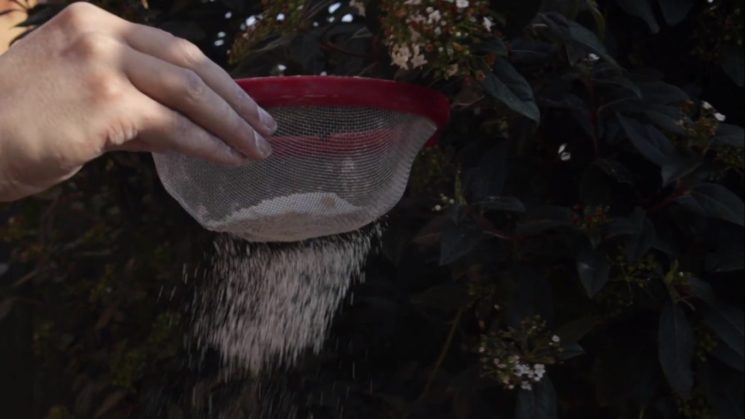 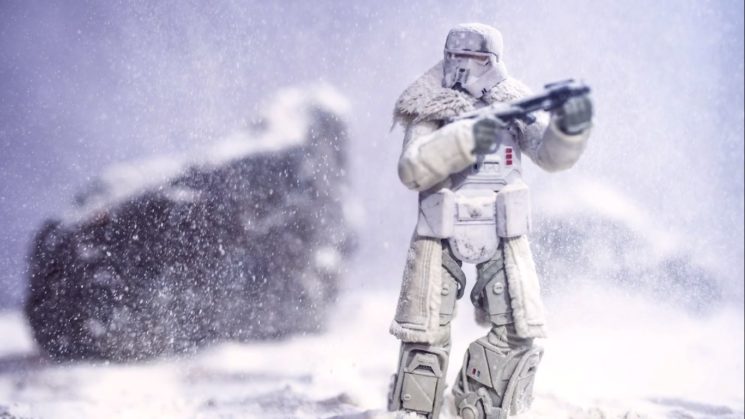 These are only some ideas to get you started and spark your creativity. Play with different, angles, composition, materials and toys and don’t be afraid to experiment. Be careful with the fire though, but as for everything else – just let your inner child have fun and some epic shots are guaranteed.

« One photographer’s response for a $12,000,000 renovation asking for free prints
These 37 shutter sounds of old cameras are oddly satisfying »