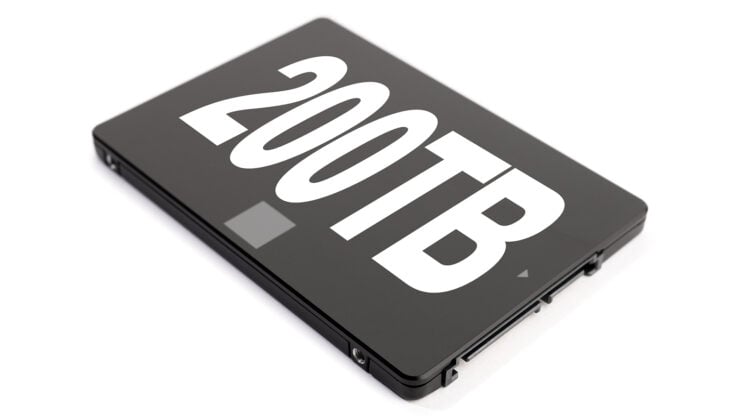 200TB SSDs are currently in development according to Nimbus Data CEO Thomas Isakovich, who told TechRadar that they’re actively working on a 200TB SSD to beat the world’s current largest capacity SSD record holder… themselves. Nimbus Data set the record in March 2018 with a massive 100TB ExaDrive Solid State Drive. At the time of that drive’s announcement, there was no word on price, but it later transpired to be $40,000.

Isakovich told TechRadar in an email exchange that they’re working on its successor to offer “even more capacity, performance and energy-efficiency than the ground-breaking 100TB, and expect to deliver this next-generation SSD in 2022”. I bet this one’ll cost a lot more than $40K because it’s not like Nimbus Data really has any competition at this level right now.

A 200TB drive is ten times larger than the largest mechanical hard drives currently on the market, which sit at 20TB right now. You’d need ten of those to equal the capacity of this and you’d still have nowhere near the speed capabilities. You’d also be using a lot more electricity to power them and they’d be generating a lot more heat – requiring more electricity to keep them cool.

So, don’t feel too bad about the hypothetical price tag – which Isakovich hasn’t even hinted at, let alone confirmed – because this drive isn’t intended for the likes of you and me. Oh no, this is destined for data centres that require huge capacities of storage that needs to be retrieved quickly. And for them, swapping over to smaller, more efficient and more reliable drives without mechanical moving parts like these is going to work out much less expensive for them in the long run.

Nimbus Data’s existing 100TB ExaDrive is 3.5″ form factor but there’s no word yet on what the form factor of a future 200TB drive will be. I think we can rest assured that it’ll probably also be 3.5″ – which makes sense, given that it’s designed to replace 3.5″ HDDs in data centres.

As to what the actual price will be or when they’ll officially announce its existence… who knows? But I guess time will tell.

« The Phantom VEO 610 is the new “budget-friendly” Super 35mm camera that shoots HD at 7,420fps
Hands on with the Platypod eXtreme »