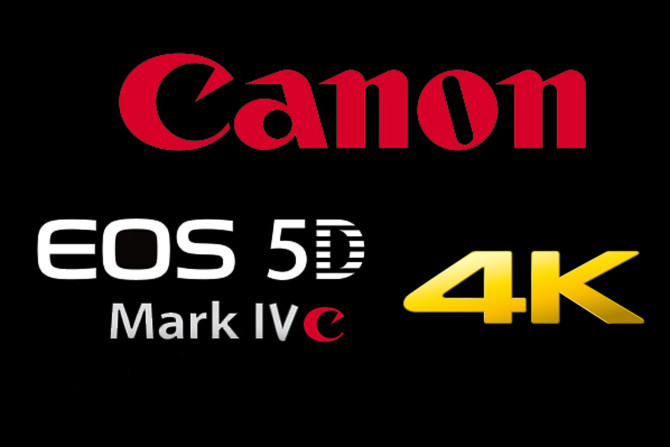 There have been plenty of specs and rumors going around lately regarding the Mark III’s successor. Just yesterday we went over some of the rumors and why some previously unlikely specs seem more logical after the release of the C300 Mark II and the XC10.

One of the rumors that have been floating around the web is that the Mark III replacement will not have 4K video, but rather that the high-end video capability will be included in a dedicated 5D-series camera.

New info reveals a bit of new specs, but mainly brings back another rumor about sensor size and organizes all the rumored specs.

If true, we will be seeing two new cameras in a few months time – the 5D Mark IV and 5D Mark IVc.

In yesterday’s post I shared why I think the specs previously reported to belong to a test camera, and later to the 5D Mark IV, make more sense in light of Canon’s recent product releases.

Of all the specs, there were two points that did seem logical but still somewhat unlikely – the megapixel decrease and the introduction of a CFast memory card slot.

The lower megapixel count makes perfect sense for a video-oriented camera, but wouldn’t please still shooters. Although the change wouldn’t be very substantial, or unprecedented, from a marketing point-of-view it would also be a tough sell.

The CFast slot, while perhaps a necessary update for 4K shooter, would be a very sour (and expensive) pill for those not interested in video.

The latest info received by Canon Watch solves both these issues; stating that the possible dedicated 5D video DSLR camera will in fact be released and that it will share some of the “regular” 5D Mark IV specs.

While the latest rumor doesn’t mention CFast slots, two Mark IV models pave the way for video fans having to purchase new cards while not hurting the rest of the users.

On the megapixel front the video version is said to include the lower 18MP sensor, with all the mentioned benefits, and the direct update version will include a 28MP sensor. If that sounds familiar it is because a rumor about a 28MP 5D Mark IV had surfaced exactly one month ago.

The newly rumored specs for the 5D Mark IVc are as follows:

CW mentions that the 4K video recording frame rate has not been set due to heat issues with the specs Canon is after.

As you can see, there’s not much new here other than including video features. One of the features from the Cinema line will most likely be the dual-channel readout seen on the C300 Mark II, according to some rumors.

The “direct” replacement, the 5D Mark IV, is said to include the following:

CW says it sounds a bit weird that the AF system will be different than that of the Mark IVc, and I agree. On the other hand, the cameras are different enough and high-end enough that having a purpose-specific tweaked AF system isn’t all that surprising in my opinion.

Other than the larger sensor that was brought back from last month’s rumor, the most noticeable feature on this limited list is possibly the crazy-high ISO.

I suspect the features borrowed here from the C300 Mark II, 7D Mark II and 5DS are not the last of Canon’s new features that will find their way to the 5D Mark IV cameras.

The announcement of both cameras is said to be expected between summer and fall of this year, which is line with the Q3 and “around August” reports we’ve seen in the past.

I’m sure some Canonists will be happy to see the sensor of the Mark III replacement might not be shrinking after all, while others will be disappointed that they won’t be getting all the features in one package.

It is also important to remember that while 4K video is very much expected to be included in one of the new 5D cameras, there is still the possibility that Canon will decide to keep high-end video capabilities limited to the Cinema line of cameras and the XC10 which poses no threat to them.

Either way, the rumored specs make even more sense now.

Canon 5D Mark IV to come with a 30MP sensor?