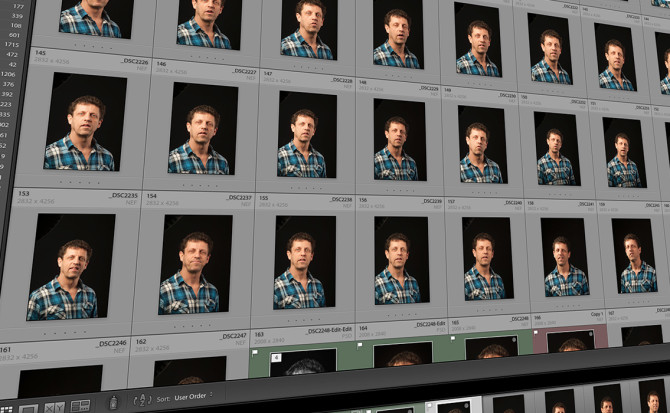 Today we’re going to talk about letting go of your zoom ring, moving your feet and dealing with a habit a lot of us have, me included, the habit of shooting the same safe shot over and over again.

I realize I’m generalizing here, but most photographers have “safe shots”, shots they know how to pull off 10 out of 10 times, shots they know will please the client and shots that will put money in the bank. Now let me be very clear from the get go, this is a good thing. I know that a specific light set up, a specific vibe at the shoot and a specific way of asking questions and talking to the client will get me a specific kind of portrait, that makes people happy. I’m so dang happy that I have those set ups ready to go, because a bunch of times those shots are exactly what the client want, and other times when my head just isn’t working and I’m not feeling it, I can use those setups to make a shoot work. What I don’t like is that I have at various points, and I assume I’ll get there again, been stuck in only shooting these safe shots. It is an easy place to get stuck because you know the shots work, and you know you aren’t risking messing the shoot up. But if you get stuck there, you stop developing your vision, and that is a really bad thing. So, without more intro-ado, let’s get to the point of the thing, stuff that I know have helped me a truckload with getting out of the safe-shot-rut. 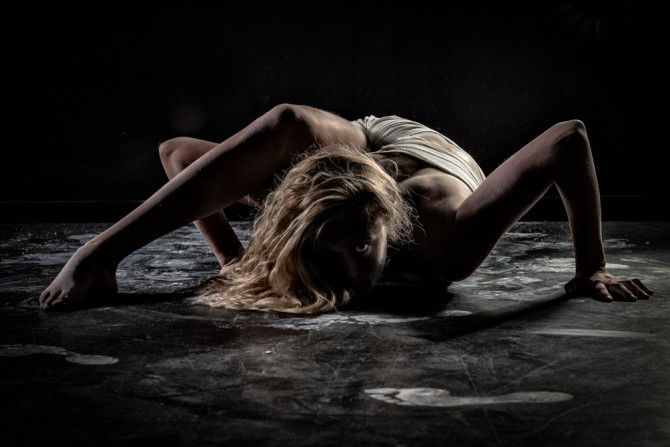 The first thing I’ve always had to do is to take a moment and think through what my safe shot actually is. Usually this starts out with looking at my past 20-25 shoots and going “oh.. these are too similar” or my awesome producer looking stiffly at me going “so… what’s with the creative rut?”. I then basically try to make a short list of what kind of shot it is that I’m stuck in. This might seem superfluous but it really helps me a lot with getting out of it, so try it out. I write down angles, light set ups, camera settings and other things that might be relevant. My notes from last time I did this are as follows:

It might be worth noting that this is specifically for promo images for contemporary circus artists, and for those images this setup works really well. The edge lighting shows off their impressive physique excellently, the black background has a vibe of stage-art and straight on eye level shots lets the viewer just really enjoy the artistic work of the artists without having to deal with the photographers interpretation of the situation. Anyways, enough defending my way of shooting :) So with this list in hand doing the next thing is super easy.

Now this list, is the really important list, for me anyways. One thing I’ve tried doing many times is to just go “ok, so I have to remember to play around on the shoot and try out stuff”, but to be honest a lot of times that just isn’t enough to get me out of the rut. I tend to end up half-heartedly just shooting a little this and that with no real purpose. For me the saying about how restraints fosters creativity holds true, so I make a list of rules for a shot, and I force myself into making that shot work. Staying with the example from above I wrote down the following list:

I then talked with a pair-acrobatics couple I know that I knew needed some new shots, and set up the shoot. I wanted to do it as a “just playing” sort of shoot because I always feel a bit apprehensive about leaving my comfort zone. This might be a useful thing for you too, so that you don’t risk blowing a shot with a paying client :). While I also did the safe shot (besides being in a light-background situation), I came home with a shot that is in my portfolio now because I adore it so much, and a shot that the artists have used for a ton of stuff and been very happy with, which is this shot: 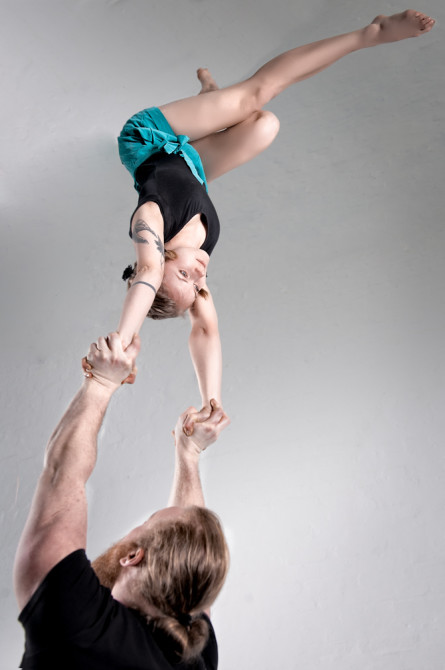 So yay, I got out of the rut, and it paid off in a big way for me, because it basically inspired me to go wide and off-eye-level in general, which has netted me some of my best images, and moved me forwards as a photographer.

Besides doing the above list, which is what works for me, there are a lot of things that I continually get sort of stuck in doing, and from my talks with colleagues it sounds like a fairly common list of things, so here are some common hang-ups and some ideas for moving on from them. It’ll be pretty captain obvious’ish, but it might be of help if you don’t have an angry producer breathing down your neck  or a big organized archive of your shots to use as a sampling database. Also for me just writing this list made me go “oh, I do that a lot” :)

I’m sure tons more could be added to this list, so shoot away in the comments section and let’s build the list. I’ll be happy to edit the list and grow it over time.

As always I hope this was of some use, and if you think I’m completely off-base then let me know, I always appreciate a good debate and I’m always looking to learn myself, and being told when you’re wrong is one of the best ways to learn stuff :)

Andreas Bergmann is a Copenhagen based photographer working mainly with portraiture, stage arts and commercial photography. That is when he isn’t spending all his time on crazy art projects that he dreams will one day be his main area of work. He writes about all the softer non-technical sides of becoming, and being, a photographer. And can usually be found either on his Facebook page or his website.