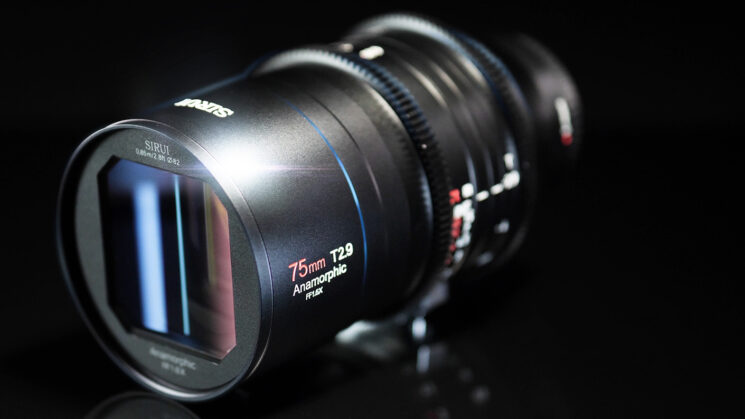 Like the Sirui 50mm T2.9 1.6x Anamorphic, the new 75mm lens will be available in Canon RF, Leica L, Sony E and Nikon Z mounts, for use on a range of cameras that also share those mounts including Panasonic & Sigma for L mount and the RED Komodo for RF mount. It offers a 2.4:1 aspect ratio when filling a 3:2 format sensor and a 2.8:1 aspect ratio when shot on a 16:9 crop. Of course, you’ll also get those typical anamorphic lens flares and oval bokeh. It has a minimum focus distance of only 85cm and has an 82mm filter thread on the front.

There’s no word yet on exactly when Sirui will launch the Indiegogo campaign for the Sirui 75mm T2.9 1.6x Anamorphic lens but when it does launch, the lens will have an early bird price of $1,199, which they say will be a 20% discount off the retail price. That means that once the campaign’s over and it does start hitting the stores, it’ll be $1,499.