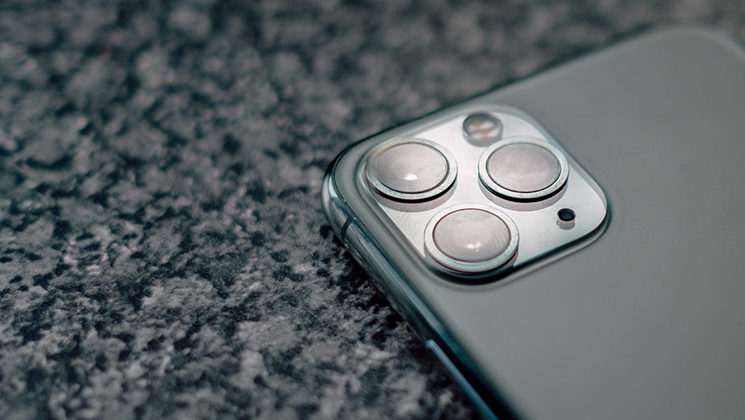 Smartphone cameras are getting better and better, offering a range of features we could only dream of ten years ago. But despite high functionality and advanced features, one “problem” still persists: the aesthetics. The lenses are still relatively thick, creating s-called “camera bumps.” But scientists from the University of Utah have developed a new type of optical lens to solve this problem.

This new type of lens is a thousand times thinner than a regular lens, and a hundred times lighter. It could help smartphone camera manufacturers finally get rid of camera bumps, but it will find its application on drones and night vision cameras, too.

Conventional lenses are a few millimeters thick, which isn’t a lot. But in smartphone cameras, it adds up and creates the inevitable camera bump. Rajesh Menon, one of the co-authors of the project, explains that the new lens is only a few microns thick. “Our lens is a hundred times lighter and a thousand times thinner, but the performance can be as good as conventional lenses,” he adds.

Other than being thin and lightweight, the new lens is also flat, unlike conventional lenses that are curved. It consists of many microstructures, each bending the light in the right direction at the sensor. The University of Utah explains that the team has “also developed a fabrication process with a new type of polymer along with algorithms that can calculate the geometry of these microstructures.”

“You can think of these microstructures as very small pixels of a lens,” Menon explains. “They’re not a lens by themselves but all working together to act as a lens.”

As I mentioned, the flat, thin and lightweight lens technology will produce smartphone cameras without the bump, solving an aesthetic problem many users complain about. But it could bring more advantages to smartphone cameras and camera drones.

Scientists explain that this type of lens could also give smartphone cameras the ability to take thermal imaging to look for heat signatures. It could also reportedly “allow lighter military drones to fly longer for night missions or to map forest fires or look for victims of natural disasters” as the University of Utah explains. Plus, it could create lighter night vision cameras for soldiers in the field.

The team of scientists behind the new lens has published a research paper in the latest edition of Proceedings of the National Academy of Sciences. The paper is co-authored by U electrical and computer engineering graduate students Monjurul Meem, Sourangsu Banerji, Apratim Majumder, U electrical and computer engineering associate professors Rajesh Menon and Berardi Sensale Rodriguez, and U mathematics associate professor Fernando Guevara Vasquez.

« The Nikon Z50 has now been announced along with two new DX Z Mount lenses
Leaked photos show NiSi is taking on Nikon with a 75mm f/0.95 lens »