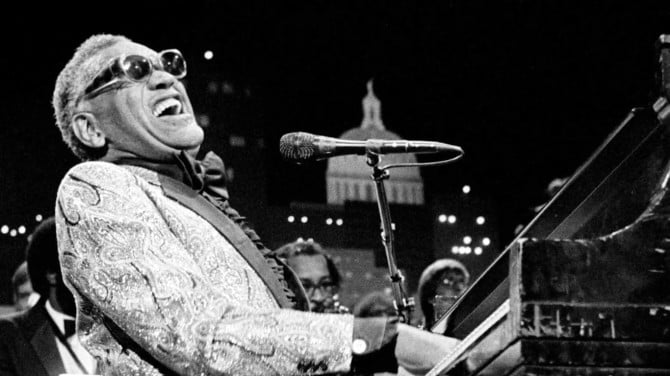 Austin, Texas based photographer, Scott Newton, has many aspiring music photographers dream gig. For the past 36 years, Newton has been the photographer for Austin City Limits (ACL), a well known music series that hosts popular musicians for special one-off live TV performances. As ACL photographer, Newton has put together an expansive portrait collection of stars such as Ray Charles, The Rolling Stones, Robert Plant, Coldplay , Dave Matthews Band, and more.

Back in 1979, the first year of Newton shot for ACL, he was limited to shooting only two rolls of black and white film per show. Those earlier images were used for promotional shots in newspapers, so “You couldn’t get too fancy,” Newton told the Wall Street Journal in a recent interview. Newton now revels in artistic freedom and digital photography, taking upwards of 2000 photos per show for ACL’s website.

Newton was recently tasked with curating down his collection to 99 images for an ongoing display at ACL Live. Join him as he walks us through the exhibition and details the moments in which he captured some of his most remarkable images.