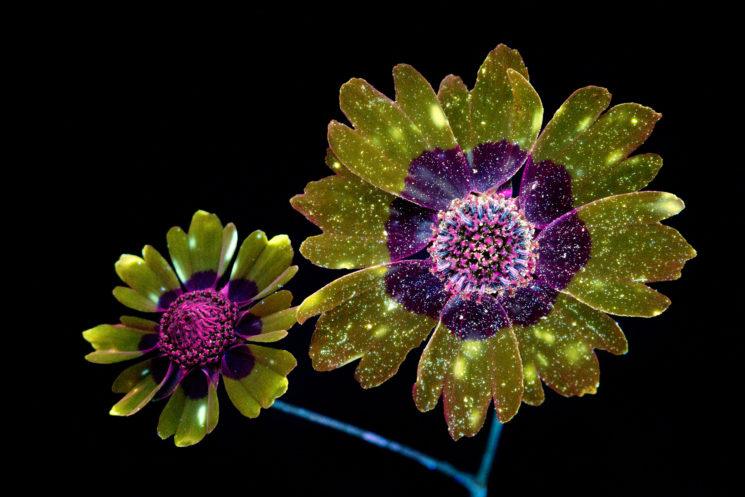 I love photos of plants, flowers and nature. After seeing (and taking) my fair share of these, I started to believe it’s not easy to make them interesting and eye catching. And it’s been a while since I last saw a set of flower images that kept me staring at them with amazement. But then I discovered Craig Burrows‘ photos of flowers and plants which look like something out of this world.

Craig takes photos using a relatively unknown process called UVIVF, or “ultraviolet-induced visible fluorescence.” It’s done by using high-intensity UV lights to illuminate the flowers, which then appear to be quite different than we know them. 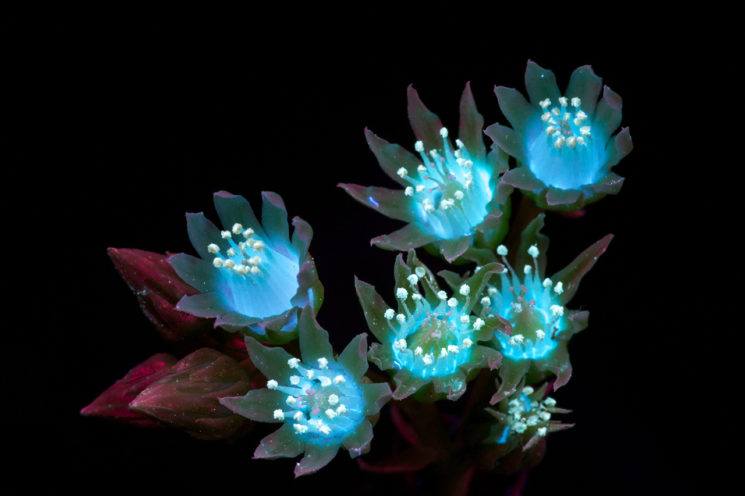 Craig shared with DIYP some details about his work and how he achieves this effect. It’s important to point out that this technique requires only UV light to pass and illuminate the flowers. Also, it’s important to work in as dark environment as possible. This is how he does it:

For lighting, Craig made a 1/4″ aluminum paddle with an AC->DC power supply on the handle and a 30W 365nm LED package mounted at the front. A heatsink on the opposite side helps dissipate heat. A filter ring is over the LED package, allowing a UG11 filter to screw on over the LEDs and a +10 “macro” adapter to help project the light in a tighter beam. The UG11 filter is necessary because the LEDs emit some visible light as well. The filter blocks infrared and almost all visible light, so very nearly entirely UV is passed.

The LEDs don’t have a good light/power ratio, but they do offer highly directional light in a small package. That allows for much easier filtration to remove the visible light and the ability to easily focus it onto a small area. A UV source with a less discrete wavelength output would also be more likely to produce longer UV waves (380-400nm) which the camera’s sensor would much more likely pick up as just regular blue light.

Craig points out to Nichia as the best maker of UV LEDs. But their products are quite pricey, so may be unaffordable to those who don’t have vast disposable income. He uses a LED package like this, and as you can see – it does the work.

To support the flowers, Craig made a copper stand out of 6 gauge wire and he uses black gaffer’s tape to secure the flowers to its stem. The black tape doesn’t fluoresce, but he has to be careful since the adhesive underside does. So if you try out this technique, make sure to pay attention to it.

To support the camera, he uses a Vanguard Alta-Pro tripod. With its tiltable center column and ball head allows for excellent adaptability and angle choices.

Apart from taking UVIVF photos, Craig also modifies his own full-spectrum cameras and repairs and hacks lenses. His main camera is a Sony A77 with the translucent mirror removed. Prior to that, he used a Sony A57. Typically he’s used 3 lenses: Sigma 50mm F2.8 (pre-digital), Tamron 90mm F2.8 (pre-digital), and Tamron 90mm F2.5 (pre-digital). At F8-F13, a 20 second exposure requires 400-800 ISO, so he believes he would be better off with a newer or full-frame body to deal with the low-light conditions.

The environment is rather important with this sort of photography since so many man-made things contain optical brighteners which are intensely blue fluorescing. Dust is a constant problem, as are most textiles that would be in the area. Likewise, due to the low brightness, it can only be done in a dark setting.

One of the things about UVIVF that Craig points out as particularly cool is that when exposed to sunlight, flowers, plants, and leaves are all fluorescing. We can’t see that because it is overwhelmed by the intensity of the reflected visible light.

To me it seems like a bit of an effort to create the appropriate setting and achieve these results. But personally, I think it’s definitely worth it. Here are some of Craig’s photos I picked out for you (it wasn’t an easy task): 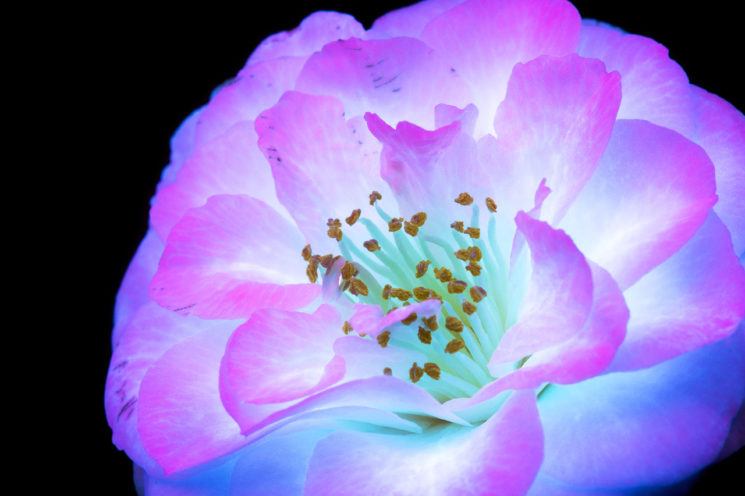 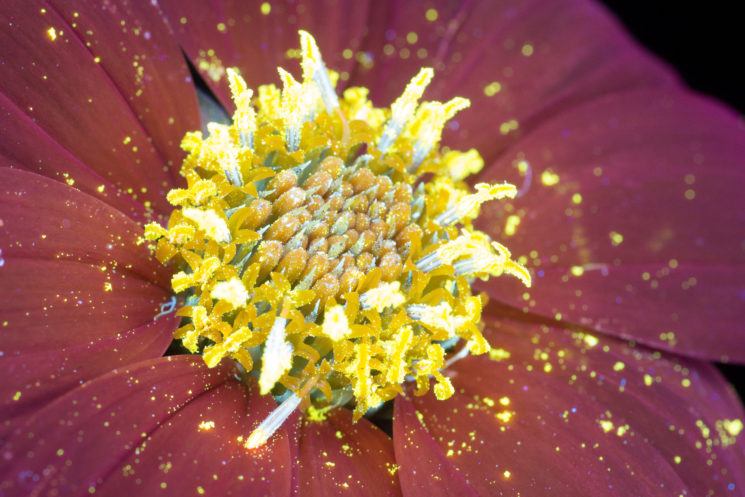 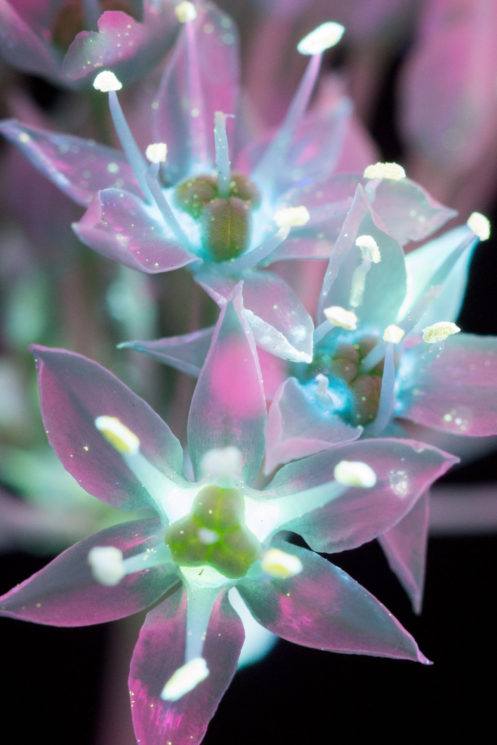 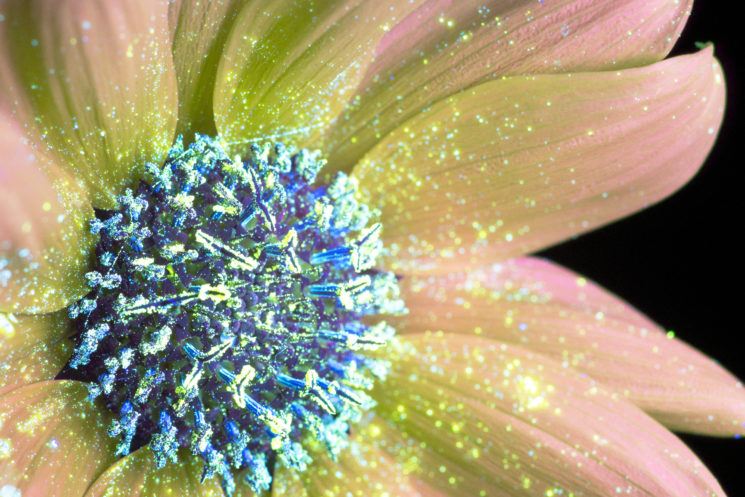 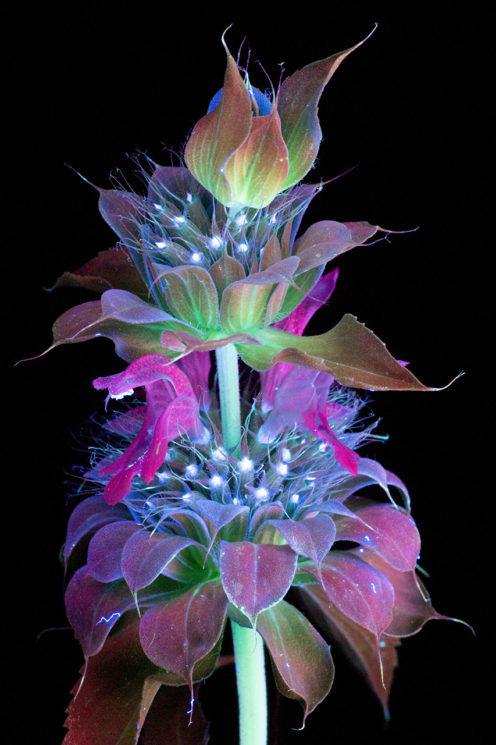 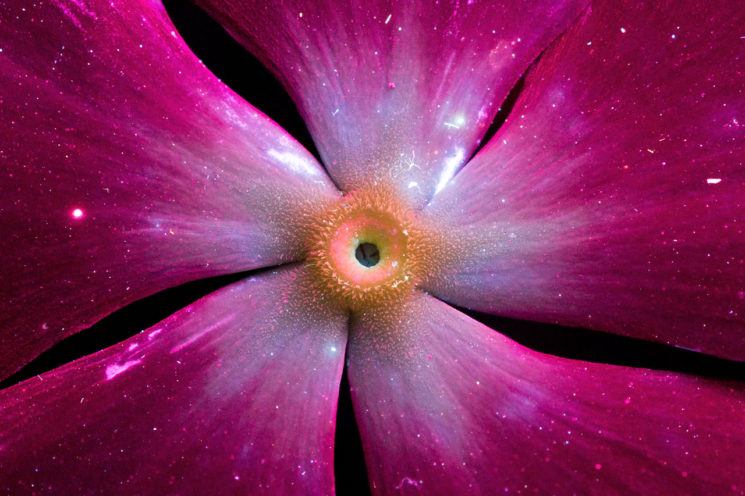 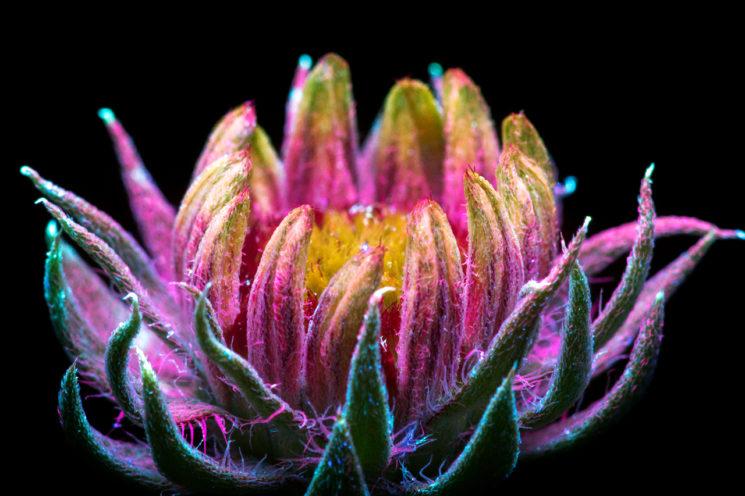 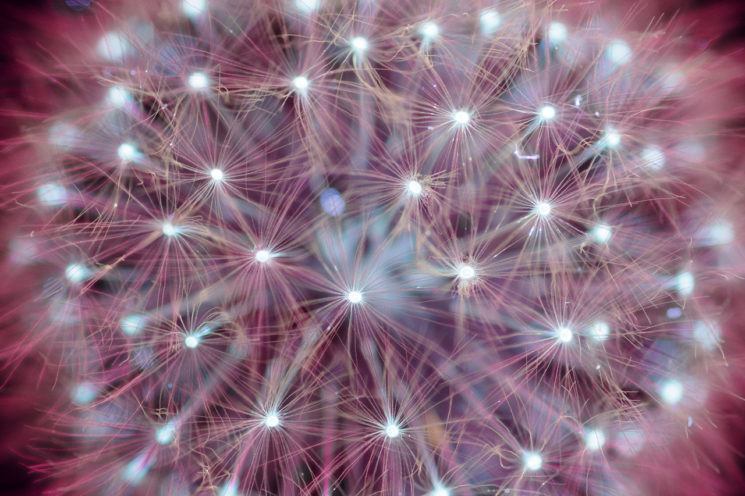 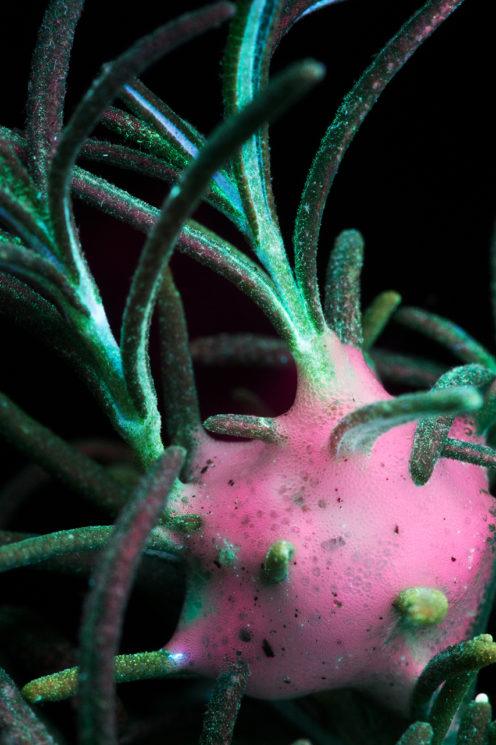 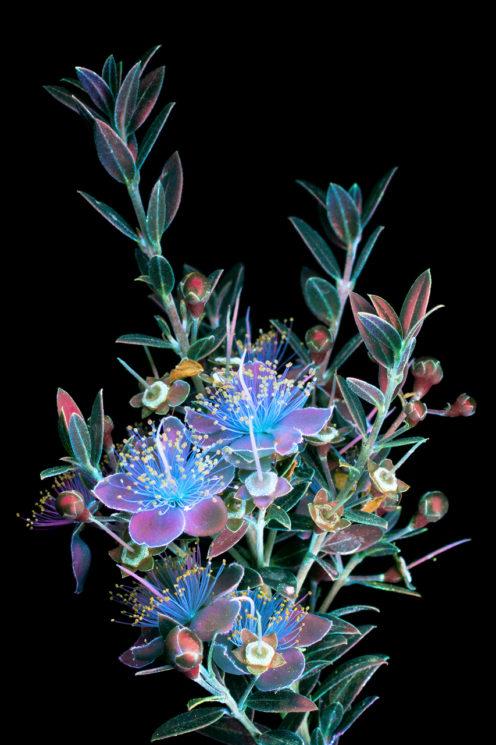 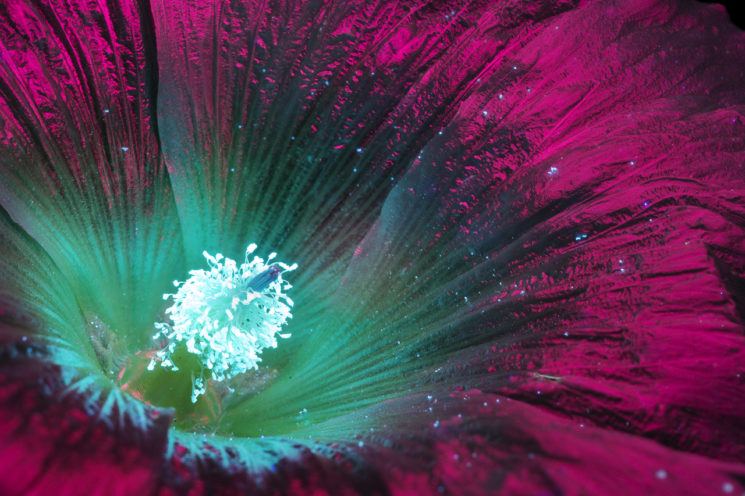 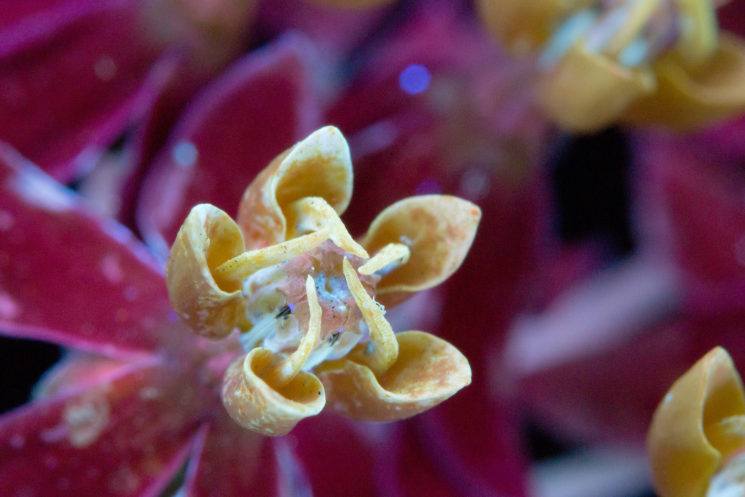 Craig Burrows is photographer based in Southern California. He’s been practicing photography since 2010, teaching himself through a combination of practice, online resources, and an academic background including physics. With respect to his portfolio, he is an eclectic photographer. If you’d like to see some more of Craig’s work, you can check out his website and Flickr profile, follow him on Instagram and Tumblr and like his Facebook page.

« Watch: How to build the ultimate selfie stick
Photography Isn’t a Contest: why You Should Stay Away from Photography Contests »