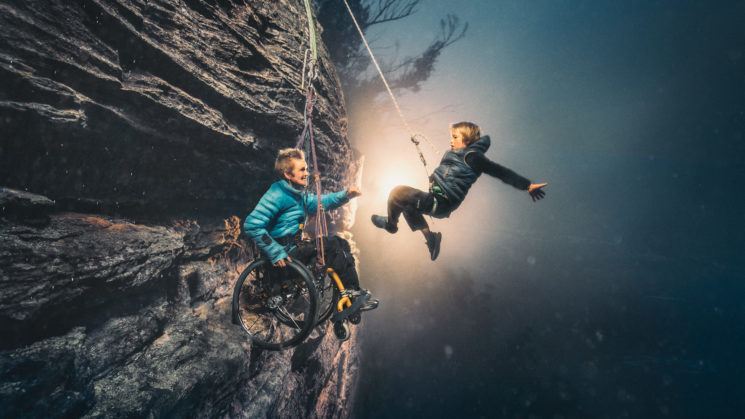 A print or a photo shoot can be a great gift for Mother’s Day. But photographers Benjamin Von Wong and Karen Alsop took it to a whole new level. They gave a quadriplegic mom a unique photo shoot and a chance to connect with her son through an adventure.

Sarah Jay (SJ) Staszak used to be a master rock climber, abseil instructor, and passionate cyclist. After a routine surgery gone wrong, she became unable to go on her adventures. The photographers and the team gave her a chance to experience the same thrill and adrenaline again. Despite bad weather and SJ’s disability, she was hanging off the edge of the cliff of the Blue Mountains once again, together with her son Hamish, for an epic photo shoot.

When Hamish was only 3 years old, SJ had a routine surgery that went wrong and left her quadriplegic. Suddenly, she became unable to take her son to all the adventure they both had been used to, and Benjamin and Karen wanted to bring those adventures back.

The photographers and the team of volunteers all got together to make the project possible. Benjamin even served as a guinea pig to test out the wheelchair hanging off the cliff:

Since SJ was an experienced climber, we wanted to make sure all the pieces were as ready as possible before she arrived. Unfortunately for us, the weather was not cooperating – nevertheless, we persisted.

When SJ and Hamish arrived, they started off by dangling him off the edge alone and taking the shots: 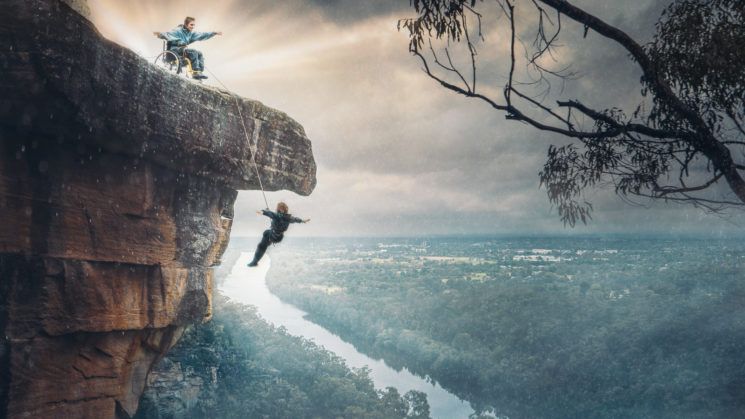 After that, it was SJ’s turn to experience the thrill of hanging off a cliff after so much time. Two Broncolor light set-up, beauty dish in the front and reflector in the back followed, and finally, her son joined her for another shot:

After Benjamin’s shoot was over, it was Karen’s turn to make her project. She took SJ and Hamish to the studio and took a number of shots for her Heart Project.

While fearless SJ, Hamish and Benjamin were hanging off the cliff, Karen remained on the sidelines. She was photographing the scenes for the composites she had in mind. Later in the studio, she took photos of SJ and Hamish, and turned them into dream-like composites she’s known for. 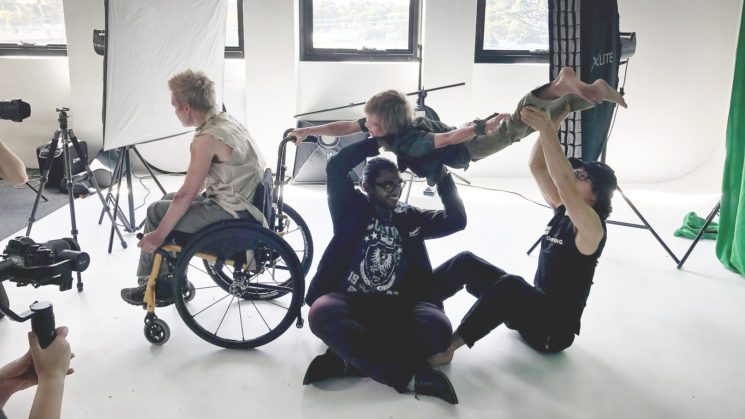 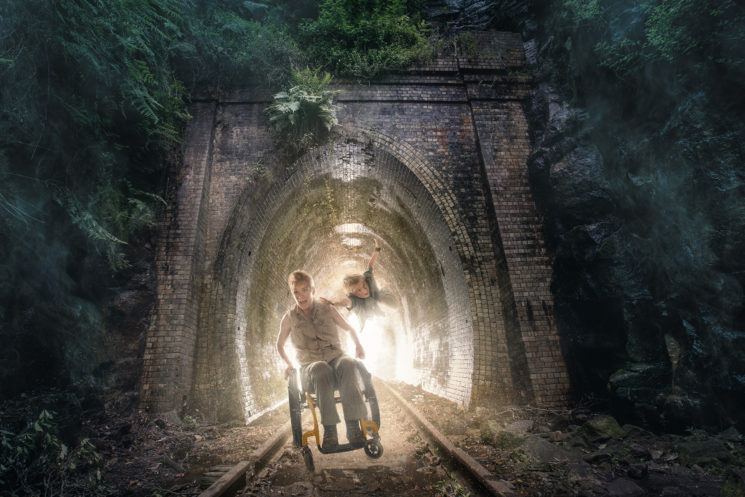 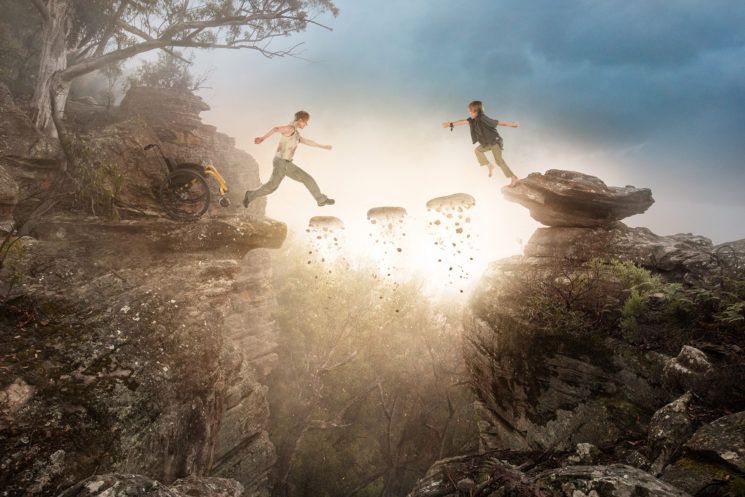 With the magic of Photoshop, Karen turned SJ into an adventurer she was before the surgery. At the same time, Benjamin brought out her adventurous side once again, and captured SJ along with her brave son. Although life can’t be staged in Photoshop, SJ doesn’t give up the fight, for herself, her family and above all – her son. If you want to help her fight, you can visit the GoFundMe page and help make The Blue Mountains more accessible for the disabled community.

As far as I’m concerned, this isn’t just a courageous photo shoot. It’s a perfect Mother’s Day gift, a great chance for SJ and Hamish to share a thrilling experience and strengthen their bond, and above all, it’s a proof of what I always believed – moms are super-humans.

« Sundisc is a softbox that is totally flat
Lighting tips: How to give your photos the famous National Geographic style »