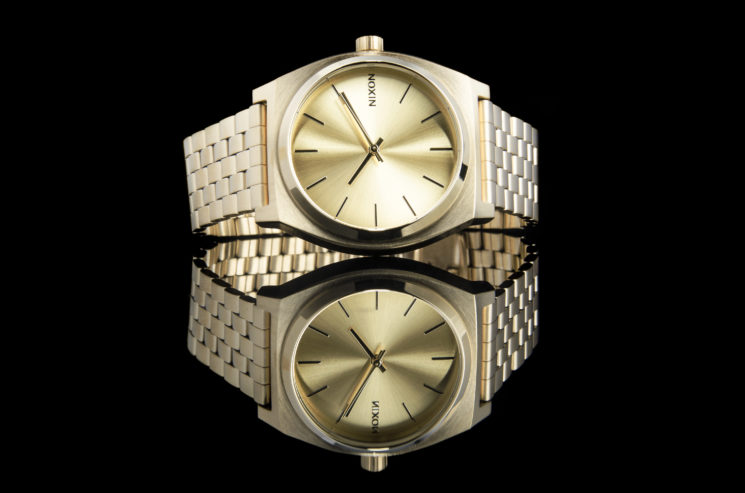 Shiny male watch on a black background will certainly catch your eye in a catalog or in an Instagram feed. You can also create this kind of look, and you don’t even need an expensive studio gear to do it. Photographer Dustin Dolby shares his workflow that will give you the stylish, catalog-worthy photo of a watch, and all you need is a camera with a kit lens, one speedlight, and a few modifiers.

He puts the camera on a tripod and uses his speedlight from different positions. It’s similar to the technique he used with the wine bottle shots, where he created the final image by merging multiple photos together.

He shoots the watch with a stripbox on the right first. Then, he also adds a piece of white foam core on the right to bounce the light and create a fill. He later adds a diffuser between the stripbox and the background, which adds a bit more of the sparkle. He even shoots with a bare flash, but also moves the diffuser around the product and shoots through it.

His final photo is the result of multiple shots taken with the light on different positions and with different modifiers. When the shooting is done, you can merge all the photos together and with some simple masking create the look that works best. 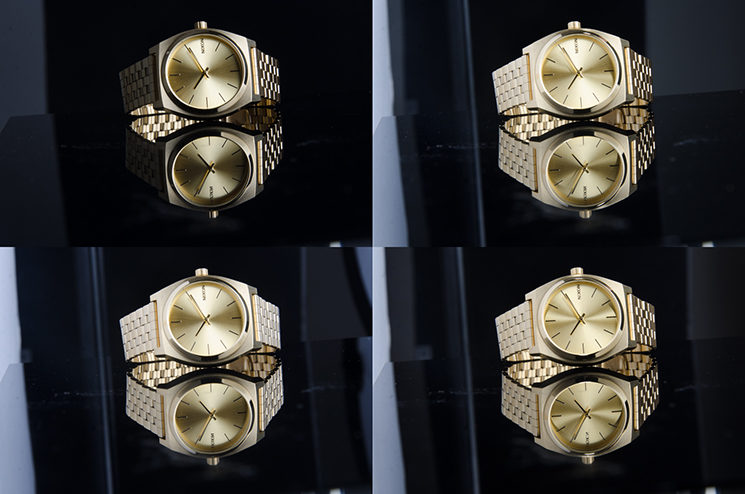 You can also try to create this look by using the technique similar to light painting with iPhone and iPad. You can use longer exposure and shoot the speedlight through the diffuser from several sides. This requires a bit more experimenting until you get the desired look. But once you achieve the look you want – you’ll have it all in a single exposure.

No matter which approach you choose, you will get professional-looking results with minimal gear. So, even if your home studio isn’t full of expensive gear (yet), you can still create a product shot that’s worth a fancy catalog.

These lens-inspired watches are perfect for photographers