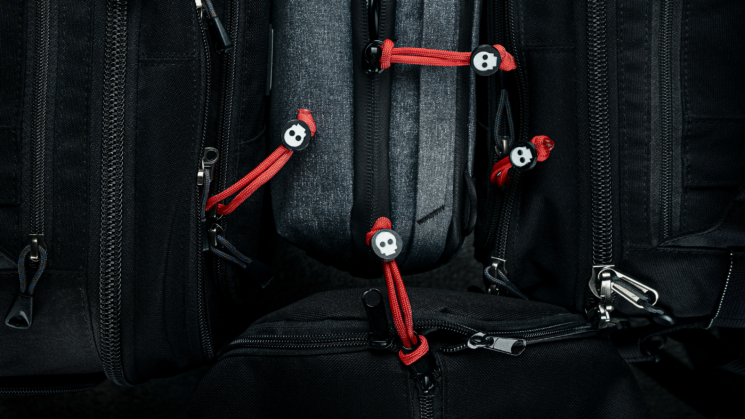 When one of my zipper pull broke, I thought, “well, that’s not a big deal. I will just add some paracord to replace it”. I like the saying from Mythbusters: “If it is worth doing, it is worth overdoing”, so just adding paracord was not an option. I wanted to personalize my pull and add my logo to it.

I designed a little button in Fusion 360 that fits the paracord pull and has my logo in it. It took some test prints to test the right fit, logo recess depth and filling material. In the end, it looked so nice that I ended up adding it also to my other bags, which were perfectly fine. Paracord can be found in several colours so it’s easy to find your brand colour or a colour you just like.

The CAD file (.step) without the logo that can be edited in Fusion 360, FreeCAD, etc. can be found here. The logo in my final version was extruded 1.5mm deep and it was printed face down without supports. 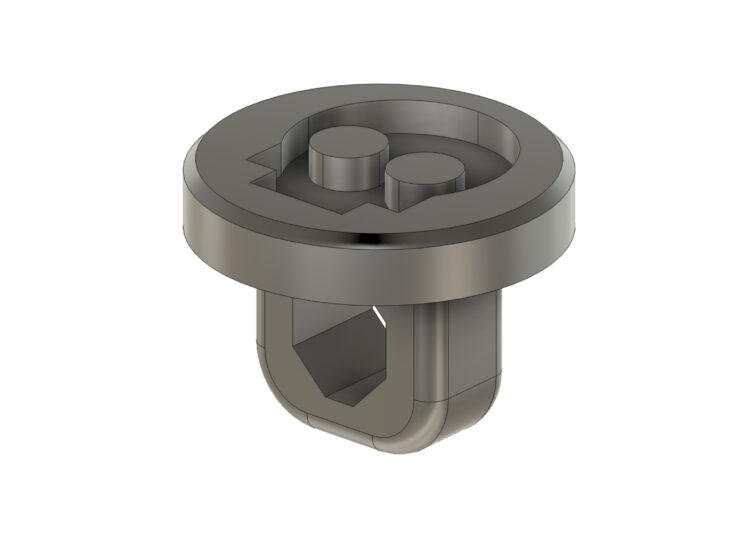 3D Prints in a row. I added a bit of WD-40 to the surfaces where I didn’t want the silicon to stick (not sure if it helped though).

I added white silicon to the logo recesses. I also tried resin coloured with mica powders, but silicon was easier to apply. 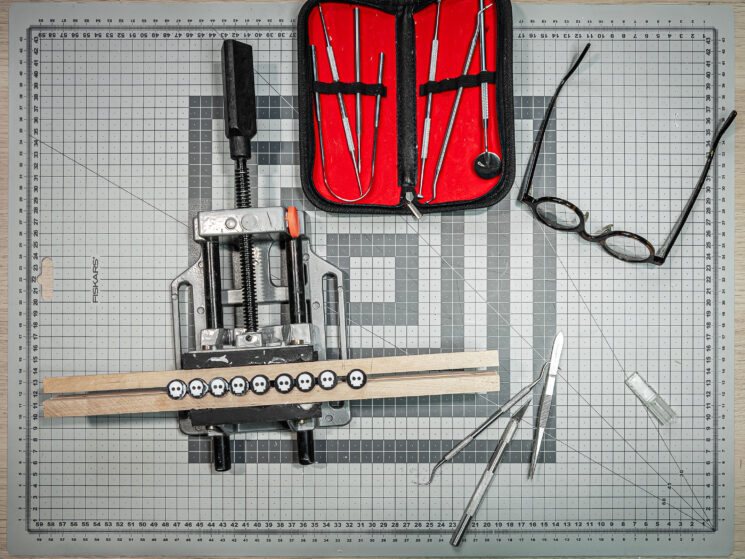 I removed the excess silicon. I used various tools but rubbing with your finger was the easiest method. 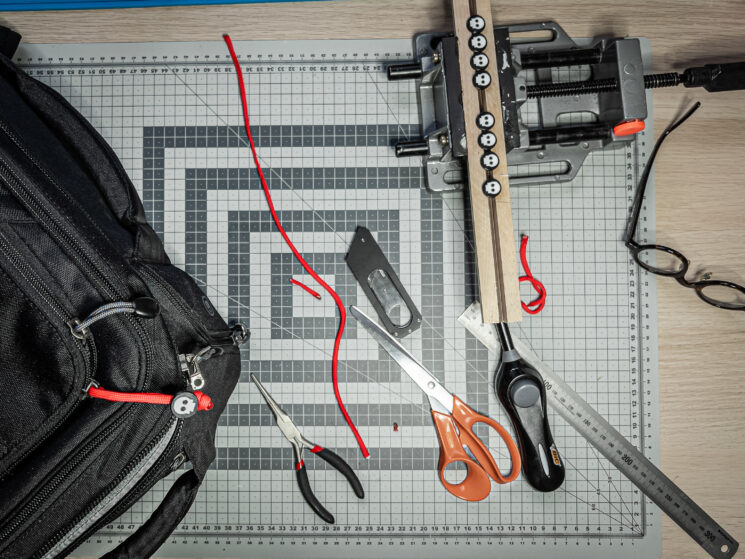 I added the paracord with the button to various bags. I used just a knot in the end and trimmed and burned the cord ends. 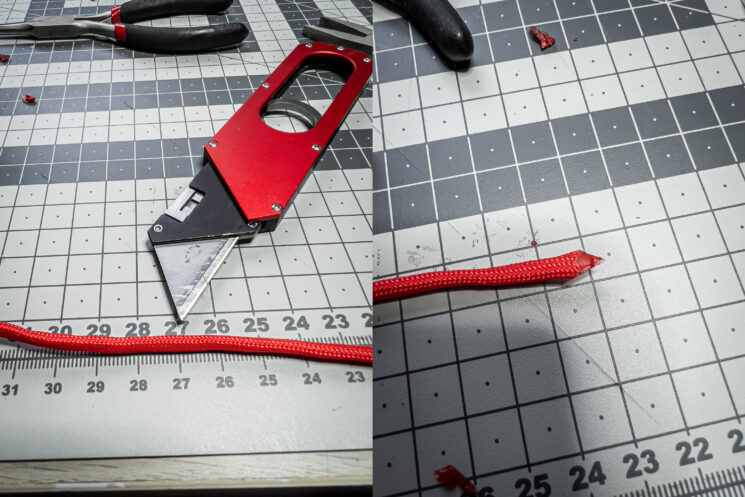 27 cm was a good length for the paracord. For tighter holes, I burned, flattened and trimmed the cord end to get it through more easily. 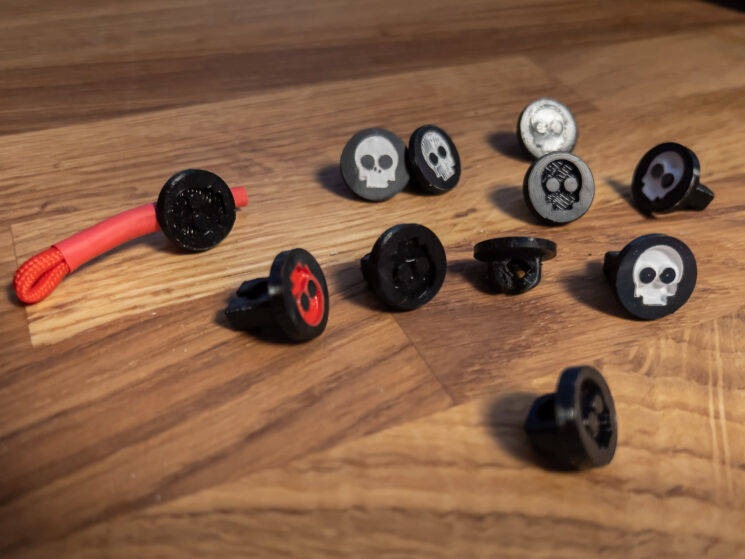 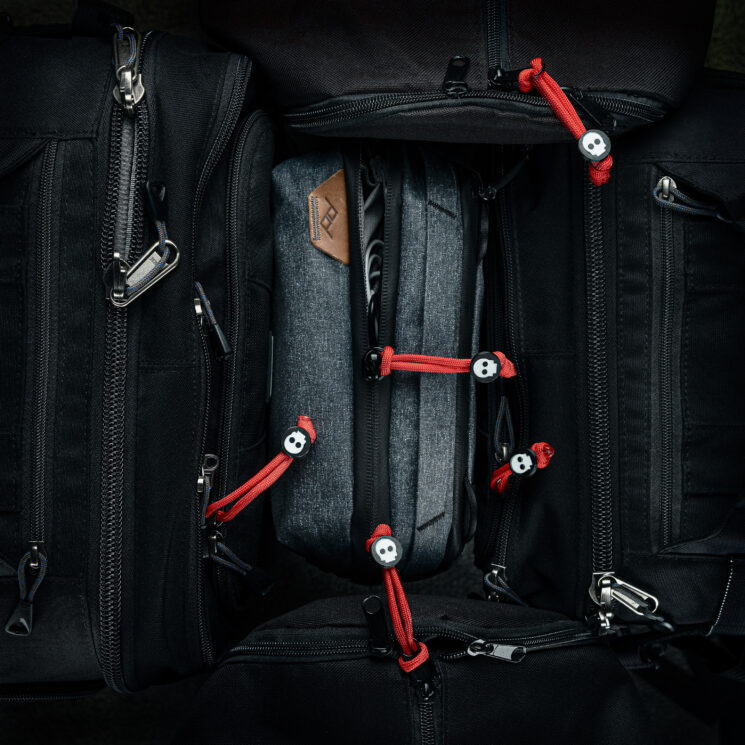 Petri Damstén is a fine art photographer from Kuopio, Finland. Photography plays two roles in his life. It’s a passion that started after his retirement from his day job as a software engineer in which he has a BSc degree. For him, picture-making is also a very therapeutic process to handle feelings and thoughts in a creative way. You can see Petri’s work on his website, and be sure to follow him on Instagram, Facebook, Behance, YouTube, and Twitter. This article was also published here and shared with permission.

Quick Tip: Secure Your Camera Zippers Without A Padlock

How to get killer selections with Channels and Vivid Light
« Got GAS? Check out all the gear that we’re using at IBC 2022!
Take a closer look at Prolycht’s hot-off-the-press new powerful LED spotlight »