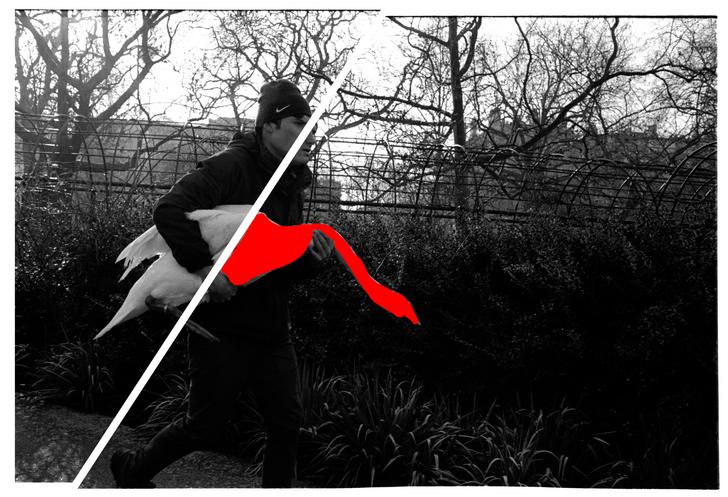 Figure to ground means that a subject or idea (figure) is clearly defined against a background. This can be achieved through technical means, ie depth of field, or compositional means. My preferred method is to make sure that everything in my photographs fit neatly in place. Unless elements are specifically interacting then they do not need to touch. No lampposts coming out of heads in portraits, no walls going through bodies.

Everything where it needs to be, like pieces of a puzzle. 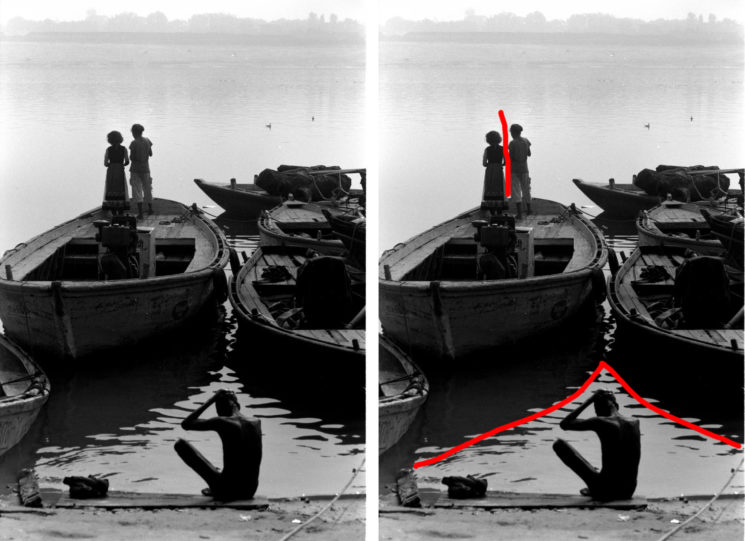 In order to achieve this you must recognise where the light and shadow is falling; where the tonality lies across your scene. Moving yourself physically will lead to things falling closer or further from each other, and the relationship between the elements in your scene will change. 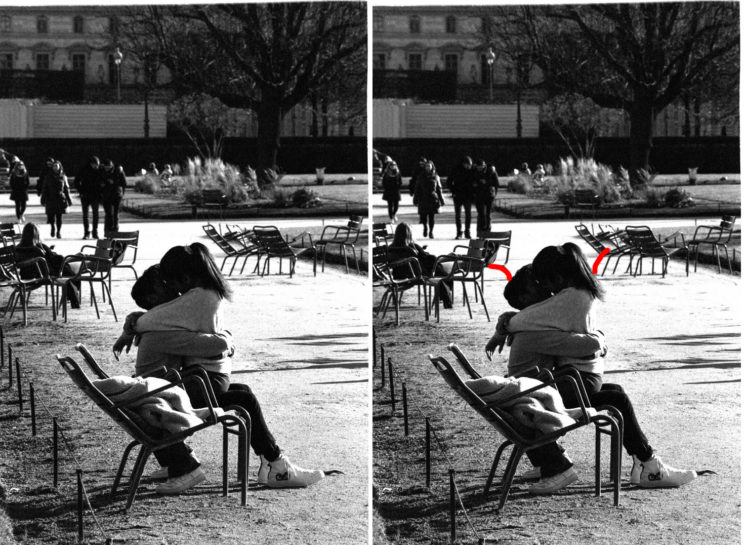 This photograph close to the way I wanted it. If I had been a step closer then the legs of the chair in the background would not have touched the subjects heads. 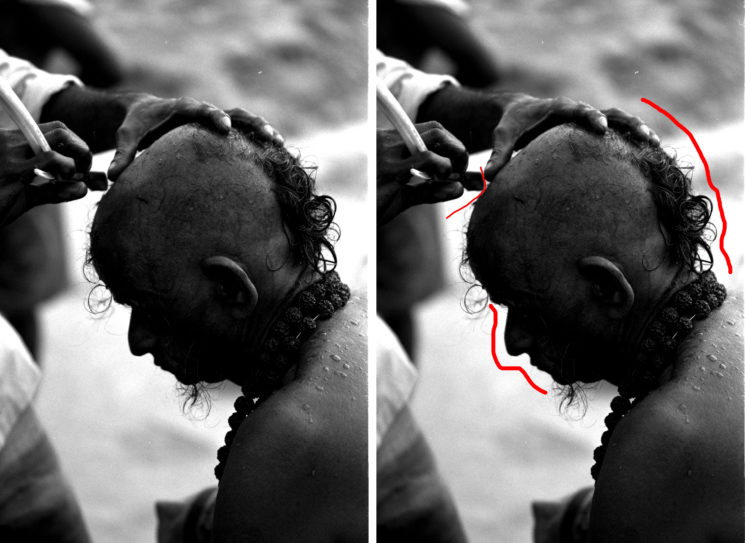 his photograph took careful timing to achieve, and I’m very happy with the results. Initially I compose and expose so that the foreground figure is darker than the background. I then wait for just as the razor stroke ends, and is lifted very slightly from my subjects head. This gives everything room to breathe, and everything important stands out nicely. 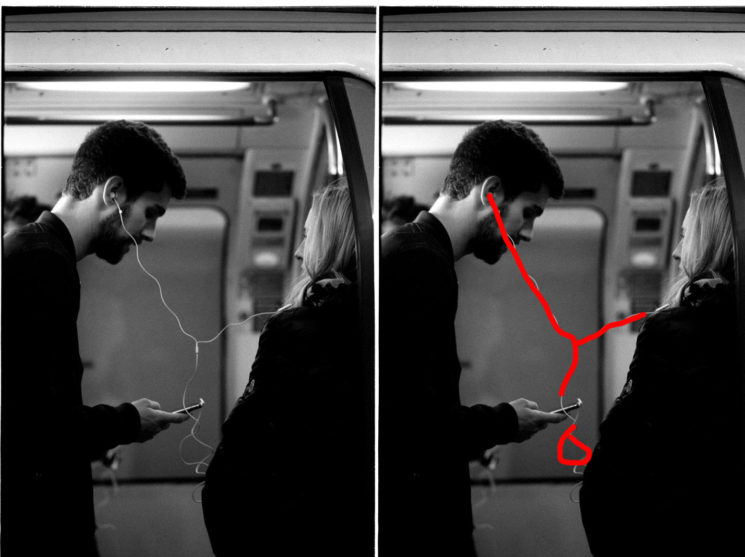 In this photograph I did my best to achieve good figure to ground, but there are still areas of the frame where the headphones are unclear – especially where the background becomes lighter. I think the white is still light enough to stand out against this, but it is far from perfect.

This I consider a complete failure compositionally, but still like because of the energy. The line between building and pavement cuts entirely though the frame, and only the legs are clean against the ground. The depth of field cheats it a bit, but I would much rather have shot this either from much closer, much lower, or much higher. This would have given me the right perspective to have everything where it needed to be. 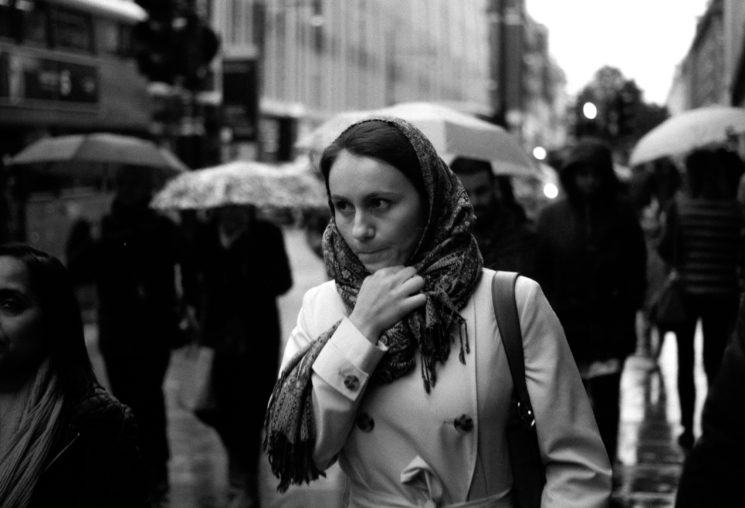 In this example the character is almost sub-framed by the outline of her own hair, and her outfit is the lightest with everyone else in dark colours. This means that despite her face and jacket blending into the lightness of the umbrellas there is enough contrast between them, and enough of a separational element, to keep things distinct. 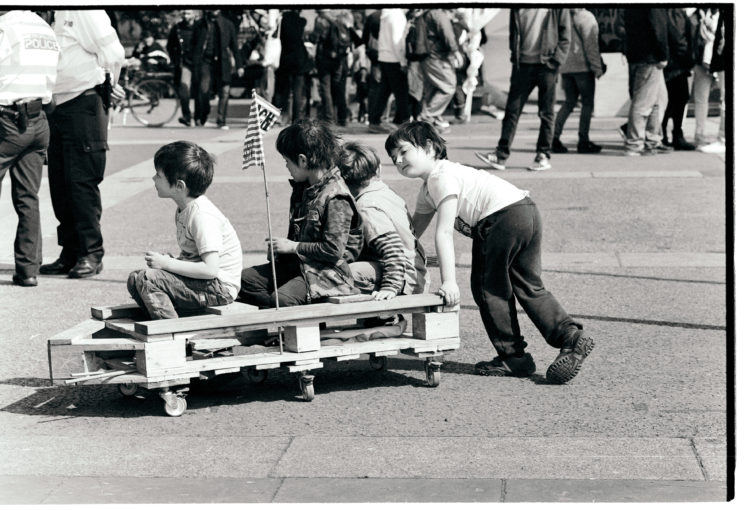 In this photograph only the subject on the far left is well defines – the rest all touch other elements. Again, a step closer would have solved this, and put them all against the clean pavement. 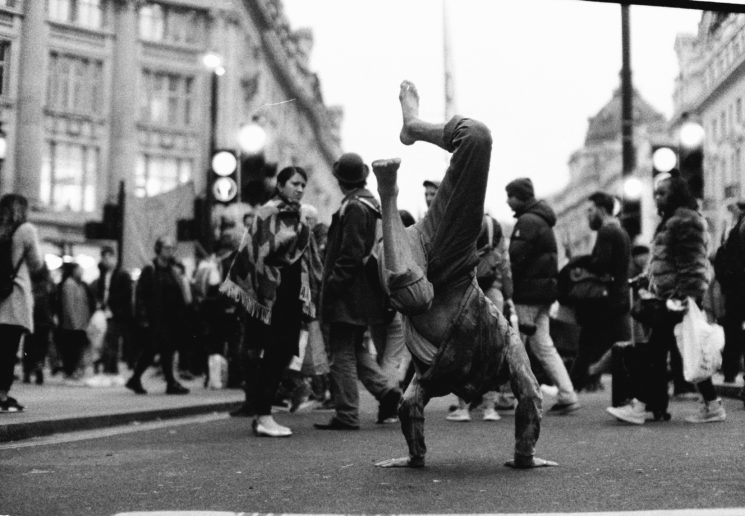 In this photograph only the foot is clearly rendered against the sky – but I think that this is enough to draw you down to the rest of the character. It is subtle, and the best I could manage at the time, but really does help. If I had been standing level then he would be entirely blocky against the crowd in the background – but by crouching and positioning my camera at his eye-level I managed to elevate the rest of him.

Studying my compositions has been helpful in recognising ways I can improve and enhance my images. Even very subtle applications of ideas like this can go a long way in producing images which have clarity of vision, rather than incorporating a muddle of elements and hoping that something like depth of field will be enough to make your subject stand out. In these it is not just the characters that stand out (when executed successfully) but my intent.

Everything You Need To Know To Master Composition In One 30 Minute Lesson
« Photographer sets up hidden camera and films a vast array of wildlife crossing a log bridge
Step up in privacy takeover: This CCTV camera says it can detect coronavirus carriers »