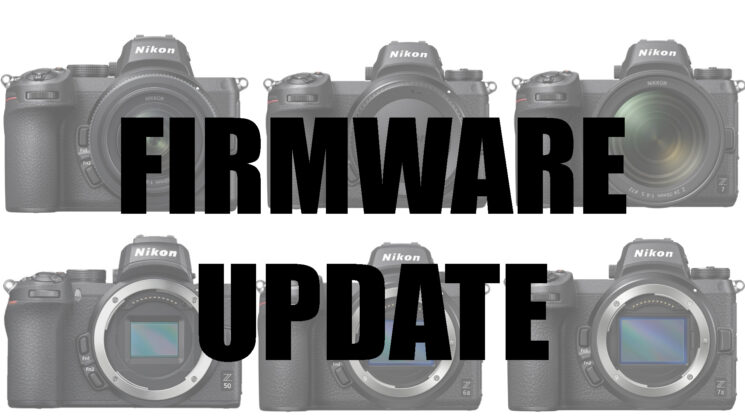 Other than pretty neat deals, there is more news in Nikon’s mirrorless department. The company releases firmware updates for its entire line of mirrorless cameras. In other words, certain features will be improved in the Nikon Z50, Z 5, Z 6, Z 6 II, Z 7, and Z 7 II.

“Further, AF usability when using an external Speedlight will also increase, through improvements to detection performance in scenes where it was difficult to detect faces and eyes, as well as improvements to subject visibility during live view shooting. In addition, tracking frames used for face and eye detection, as well as subject-tracking AF have been improved, enabling smoother and more stable shooting.”

Firmware updates for the Z 7, Z 6, and Z 50 will add the Save Focus Position option that allows the current focus position to be saved when the camera is turned off and restored when next turned on. “The new firmware for the Z 6 will also add the voice memo recording/play function, popular with the D6,” Nikon explains.  The company says that this feature will become available on the Z6 II as well in some of the future updates.

Finally, the firmware update for the Z 5 will include faster AF detection speed during low light situations when shooting in the Low-Light AF mode, as well as the Save Focus Position option.

As I mentioned, all firmware updates will be available on 26 April. You’ll be able to download them here.

« Volcano For The People is a short film with stunning views of Iceland’s erupting Fagradalsfjall volcano
Camera comparison: Can the overpriced Sony a1 beat the Canon R5? »