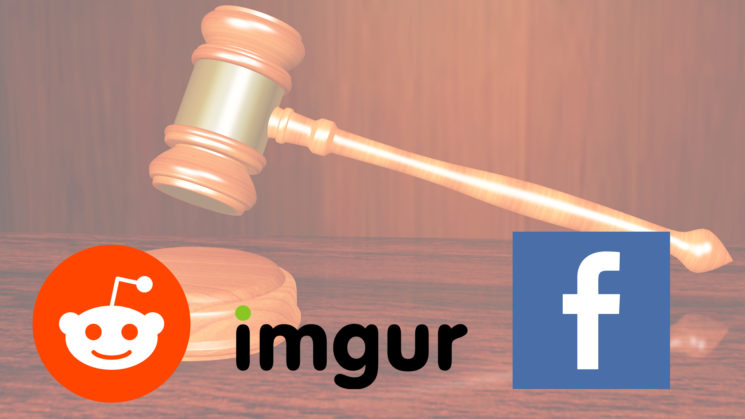 Karen Hepp, a news anchor at Fox 29 News, is suing Facebook, Reddit, Imgur, and several other websites for “abhorrent and disgusting” uses of her photo. Reportedly, a security camera snapshot of Hepp ended up online, and it was used in dating and erectile dysfunction ads, as well as in sexualized context on other websites.

According to the lawsuit, about two years, ago Hepp’s co-workers and managers drew to her attention that her photo was being used in online ads for erectile dysfunction and dating websites. The photo was taken by a security camera in a New York City convenience store, and as you may presume, it was used without Hepp’s consent.

“[Hepp] is a well-known public figure who has spent years honing her skill as a professional television broadcaster,” the lawsuit writes. Therefore, her image is “instantly identifiable and automatically associated with [her] professional persona.” According to the lawsuit, using Hepp’s photo in sexualized context has caused “serious, permanent and irreparable harm” to her reputation. I believe this is bad enough, but the photo was also used for commercial purposes without her consent, which is also a lawsuit material.

The lawsuit asks all listed websites to take down any copies of Hepp’s photo and all related images, videos and adds. It also asks them to compensate Hepp for their profits and for the damage to her reputation. I personally hope that she will win the lawsuit. It would mean to her personally, but also have implications for future cases like this. However, as The Verge notes, it may not be so easy.

Section 230 of the Communications Decency Act states that websites aren’t responsible for user-generated content. In other words, if it was a Reddit or Imgur user who posted the photo, these websites can’t be considered liable. Still, Hepp could sue the person who posted the photo. Also, if the website operators posted the image or the ad, she can take them to court. But, I guess we still have to wait and see how this unfolds.

« Shooting concerts with your phone: did you REALLY have a good time?
Seven tips to improve your skills in landscape and travel photography marketing »