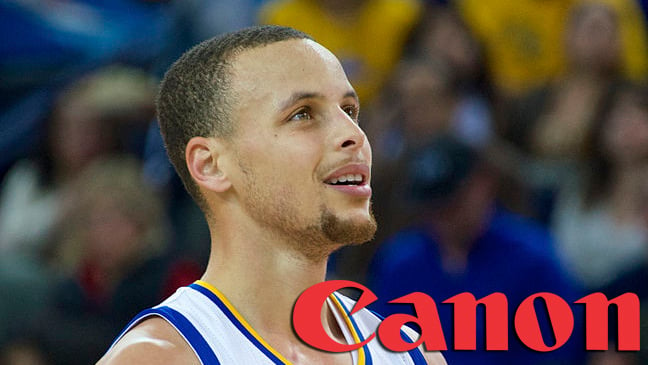 Thinking of a name for a child can be a pretty difficult task if you ask me. Famous NBA player Stephen Curry and his wife Ayesha got a son on Monday, and they chose a name that can be interested to many of you photographers out there. Even though they are not into photography, they named their baby boy Canon.

Canon W. Jack Curry is Steph and Ayesha’s third child. And even though the name may be an inspiration for Canon shooters, the baby boy’s not named after the famous camera company. The name has a religious background, considering that the NBA star and his wife are devoted Christians. A biblical canon is a set of texts which a religious community regards as authoritative scripture. The word Canon comes from the Greek κανών, meaning “rule” or “measuring stick.”

Even though the Currys didn’t choose their baby boy’s name for photographic reasons, perhaps it inspired some of you hardcore Canon fans for naming your child. And who knows, if the boy doesn’t follow his dad’s footsteps, perhaps he will get interested in photography when he’s older. You never know.