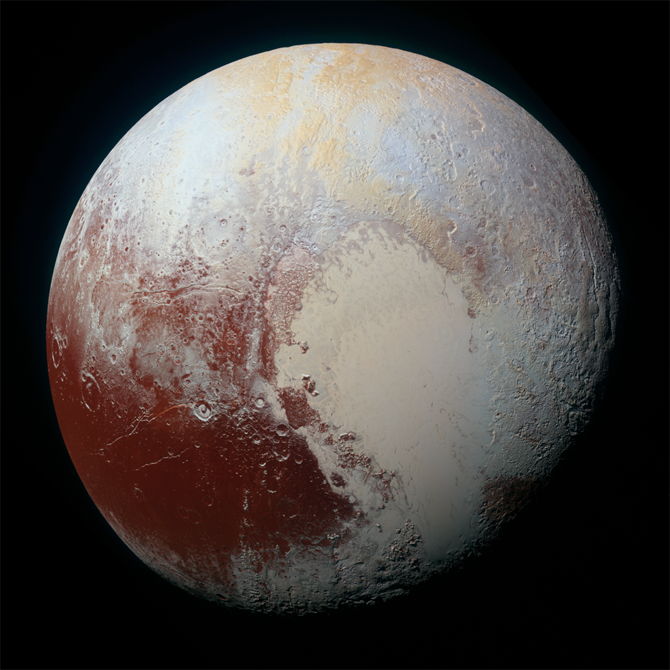 You know how sometimes you take such an amazing photo that you have to share immediately, just to later realize that you have an ever more awesome version of it?

NASA released the first ever surface image of Pluto in mid July, and last week they released a high-resolution enhanced color image combined of blue, red and infrared images.

The result is, quite literally, out of this world.

The images used to create the enhanced image were taken by the Ralph/Multispectral Visual Imaging Camera (MVIC). According to NASA, Ralph is one of the seven scientific instruments on board the probe and is described as “Visible and infrared imager/spectrometer; provides color, composition and thermal maps”. 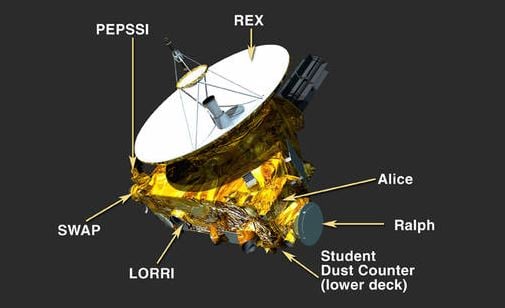 NASA had the following to say about the newly released image:

“Pluto’s surface sports a remarkable range of subtle colors, enhanced in this view to a rainbow of pale blues, yellows, oranges, and deep reds. Many landforms have their own distinct colors, telling a complex geological and climatological story that scientists have only just begun to decode. The image resolves details and colors on scales as small as 0.8 miles (1.3 kilometers).  The viewer is encouraged to zoom in on the full resolution image on a larger screen to fully appreciate the complexity of Pluto’s surface features”.

I highly recommend you go over to the NASA website and have a look at the full resolution image. The detail in this image is incredible; especially considering it was taken from a distance of 7,800 miles using a lens comparable to a 75mm lens at f/8.7 on a DSLR camera.