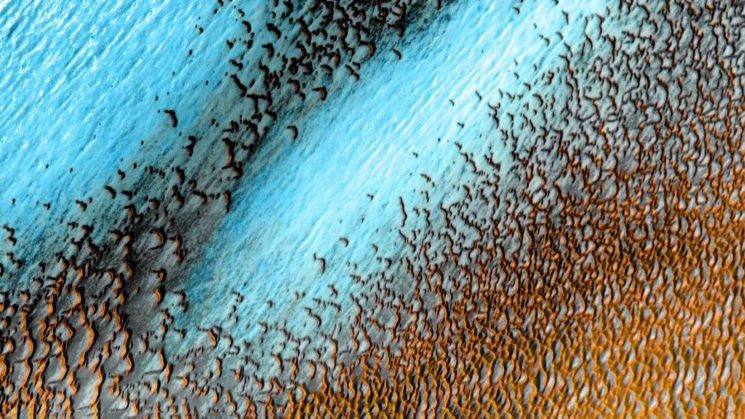 NASA has recently released an intriguing photo of sand dunes on Mars. It shows blue dunes on the so-called Red Planet. Although it’s a false-color image, it still looks surreal and captivating, and the story behind it is pretty interesting.

First of all, this isn’t a single photo, nor it’s new. In fact, it was taken over 15 years ago! Mars Odyssey orbiter took the photos between December 2002 and November 2004 with its Thermal Emission Imaging System instrument. This year marks exactly 20 years since the Odyssey spacecraft was launched, making it the longest-working Mars spacecraft in history. And yes, you’re right, the reference for the name comes from Arthur C. Clarke’s classic novel 2001: A Space Odyssey. In fact, NASA writes that Clarke blessed its use before the launch. 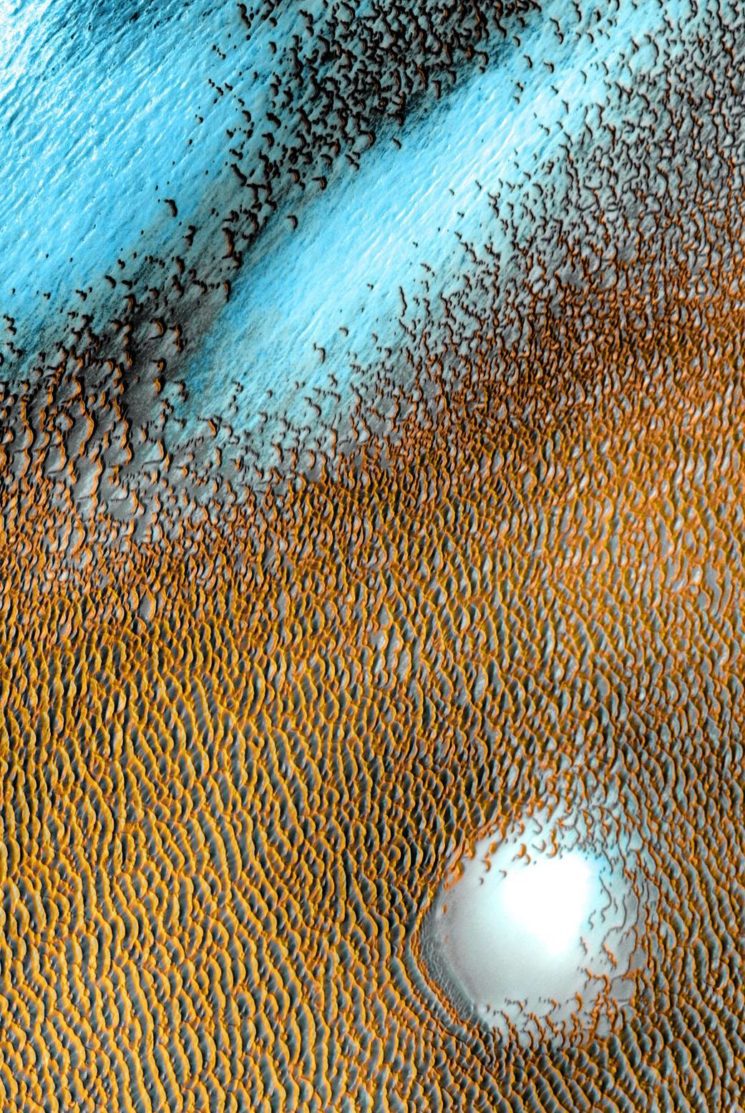 In this unique image above, you can see the sand dunes surrounding Mars’ northern polar cap. It covers an area as big as Texas, and the image covers a 19 miles (30 km) wide part of it. As I mentioned, the image is false color so the dunes aren’t exactly blue (although, how cool would that be?). Blue tones represent cooler temperatures, whereas warmer areas are represented with red and orange hues. And together, these look like a beautiful abstract photo, or even a painting, made with complementary colors.

I spent quite a lot of time looking at this photo and studying it. And despite being a false-color image, I really love what it looks like. What about you? Do you like this kind of abstract, surreal space images or you prefer seeing real colors even if they’re not this captivating?