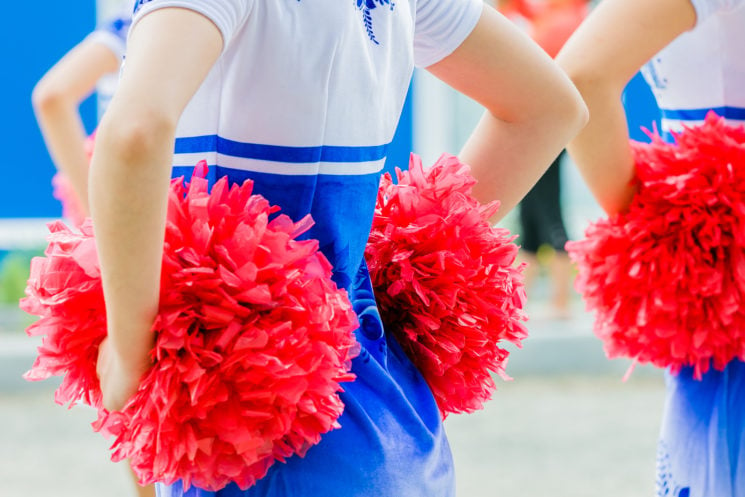 A woman from Pennsylvania was recently accused of using deepfake videos to harass teenage girls and their families. She reportedly used their images and sent them to the girls’ cheerleading coach. And why would she do that? So that she would try and get her daughter’s “rivals” get kicked off the team.

Raffaela Spone allegedly faked photos of the Victory Vipers team members, showing them “naked, drinking and smoking,” the BBC writes. She most likely used the photos she found on the girls’ social media and used them to generate the videos. She then sent the fake photos to the coach in an attempt to discredit the cheerleaders.

Furthermore, Spone also allegedly sent abusive messages to the team, their parents, and even the cheerleading gym owners. According to the BBC, one victim’s parents contacted police in July and reported that their daughter had received harassing text messages. Two more families reportedly came forward later, saying that they received similar messages.

All three families got the harassing messages from an anonymous number. When tracing it, it led the police to a website that sells phone numbers to telemarketers. Then they followed the data to an IP address that led them to Spone’s home.

“When this incident came to our attention last year, we immediately initiated our own internal investigation and took the appropriate action at the time,” said coach Mark McTague. It is believed that Spone’s daughter wasn’t involved in the incident and that she was unaware of it. As for her mother, she has reportedly been charged with multiple counts of harassment.

Deepfake technology has been on the rise, and it’s come a long way since it’s was featured in the 1987 movie The Running Man for CGI-ing Ben Richards (Arnold Schwarzenegger) losing to Captain Freedom.  (You can watch the clip below, be warned though, it is pretty graphic). Nowadays, it’s getting harder and harder to spot it. Social networks like Twitter and Facebook have already noticed the need to label fake content, as it’s becoming more and more common.

This new tool detects deepfakes by searching for heartbeat