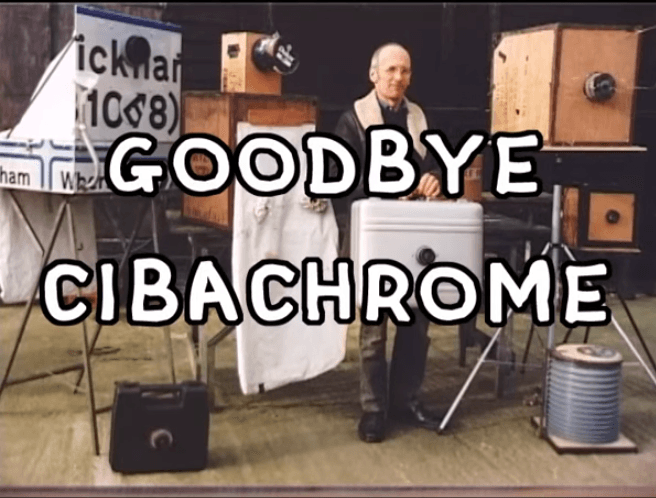 Have you ever tried Cibachrome (Ilfochrome) processing? The materials for it are not produced any longer, and I suppose most of us will never get to see or make such photos. But artist and engineer Tim Hunkin was lucky enough to have some of the papers left in stock. He chose quite a strange DIY camera, developed the photos inside of it, and achieved remarkable results.

Tim got interested in photography and photographic chemistry in mid-90s, when we were still a long way from digital cameras. His favorite camera was made of aluminum from road signs, which is the one he uses in the video. When he began photographing, he wanted large photos and immediate results, which is why Cibachrome was a great choice. It doesn’t reproduce the negative of the image, but the positive, so it was ideal for instant photos.

He took hundreds of photos at the time and photographed everyone he knew. Eventually he got bored, so he didn’t use this process for a while. But years have passed, and he thought it would be nice to try again. When he wanted to purchase the paper, he discovered that it’s not made anymore. Ilford, who renamed the process to Ilfochrome, made the last batch in 2012. So, he decided to use some of his old stuff.

This camera is one of the most interesting DIY cameras I’ve ever seen. It’s not the first time I see road signs in someone’s room or workshop, but these ones are put in the best use there is. The lens is made of a black tube and a glass from reading glasses. As for the shutter, it’s a hinged lens cap. 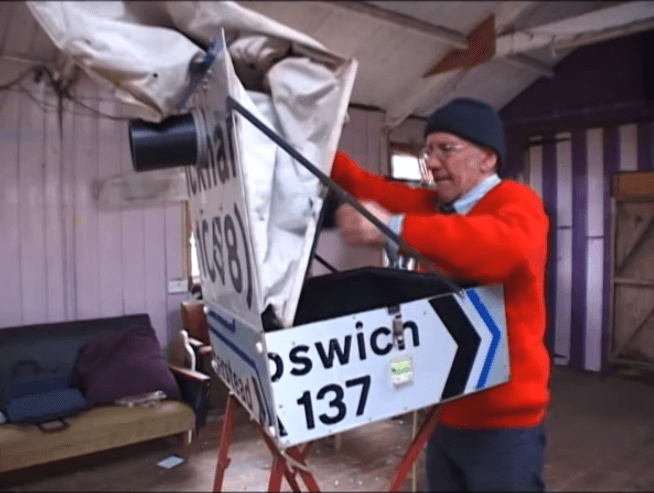 A short pipe on the developer tray pokes out front and it’s connected to a hose. The paper needs to stay in dark, so it’s kept in an envelope. The black cloth is there to prevent any light from getting inside the camera. There’s a bag on the camera, with two handholds, so Tim can get the paper out of the envelope without exposing it.

Taking and developing photos are both made within the camera. It’s like a super-sized and a bit slower Polaroid.

To compose the shot, Tim peaks inside and gets the rough idea on the lighting. It takes about 2 seconds exposure for outdoor shots, and up to 30 for the indoor ones.

After he takes the shot, it’s time to develop. He levels the camera and pours in the developer. He rocks the camera to make sure it develops the photo evenly. Remember that short pipe and a hose? After a minute, he drains the developer through that hose into a bottle, and pours in bleach. It removes the parts of the paper that haven’t been developed. After another minute, he drains it off and adds the fixer, which makes the image permanent. 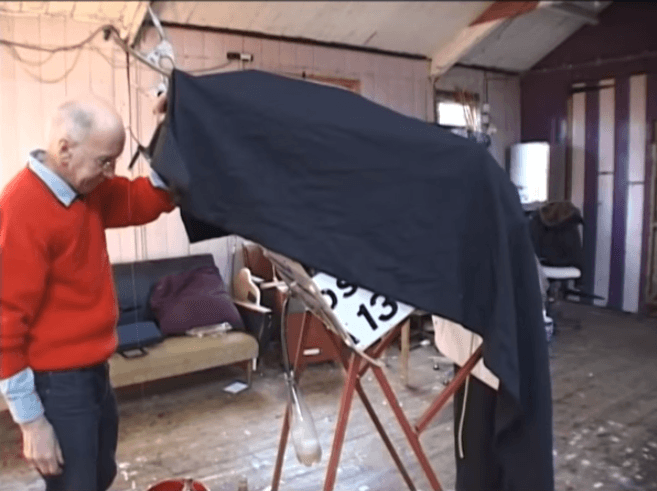 In the video, you can see the results Tim achieved. The images he took were a bit dark, but the paper is 10 years old and it’s only supposed to last 3. In spite of this, I think the photo he showed us in the video is remarkable. It may not be the finest piece of art there is, but the fact that it could be one of the last Cibachrome images ever made really adds to the value. 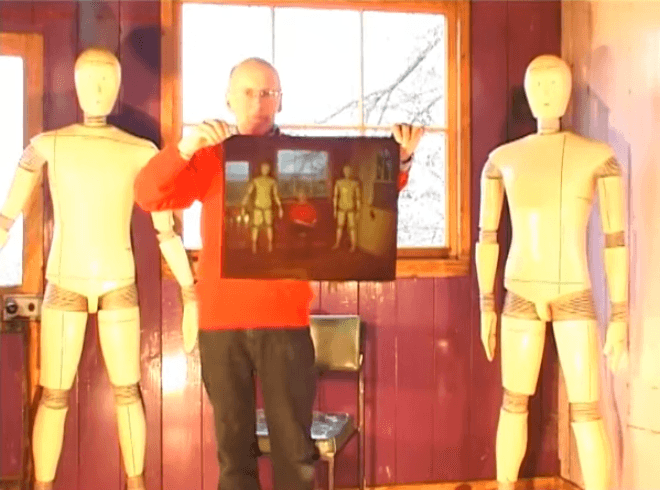 [Goodbye Cibachrome via The Phoblographer]

These photos may show a hand-built miniature world, but they feel like today’s reality

« See what happens when you shoot GoPro out of an air cannon
30 years later: Exploring Pripyat in the Chernobyl Exclusion Zone and shooting only with iPhone »