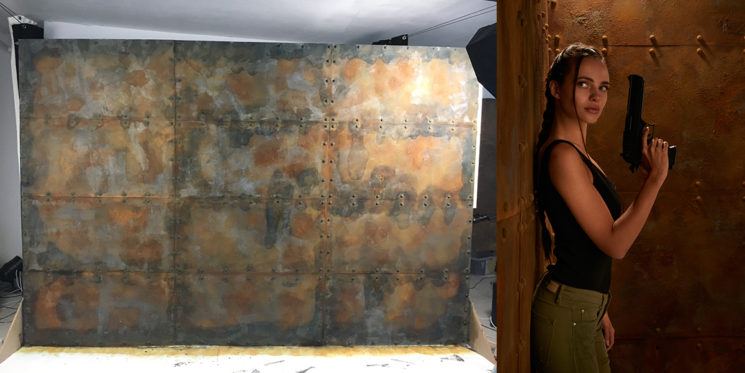 Guys at raw.exchange offer tons of great resources for photographers and retouchers. They are devoted and serious and put a lot of effort in their packages, and for this article, they shared with us how they built a “rusty wall” background – out of wood!

“Why would you make a DIY rusty wall” you may ask. Well, one of the very attractive packages is their Rusty Wall background textures. It features 82 hi-res background textures of a rusty way, taken from different perspectives. And although they are master retouchers, their background is a real deal. So, if you’re less into Photoshop and more into DIY and building, or just curious to see how raw.exchange background comes to life – carry on reading. The kind guys from raw.exchange shared with DIYP how to make the rusty wall background out of wood.

First, the builders made the wooden construction for the “wall.” As they say, it required screws, “lots of screws.” So if you want to build it on your own, count on the drill and the screws to be your allies. 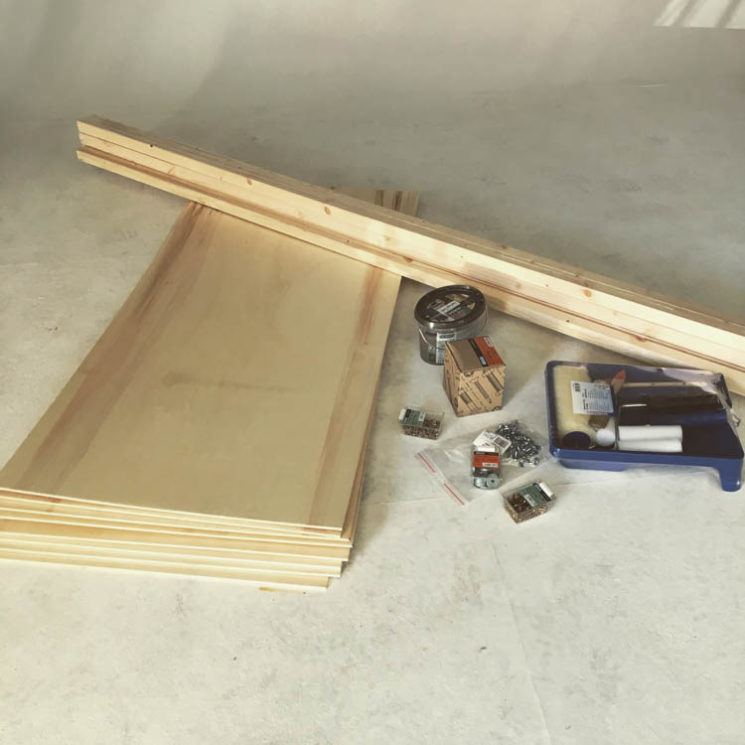 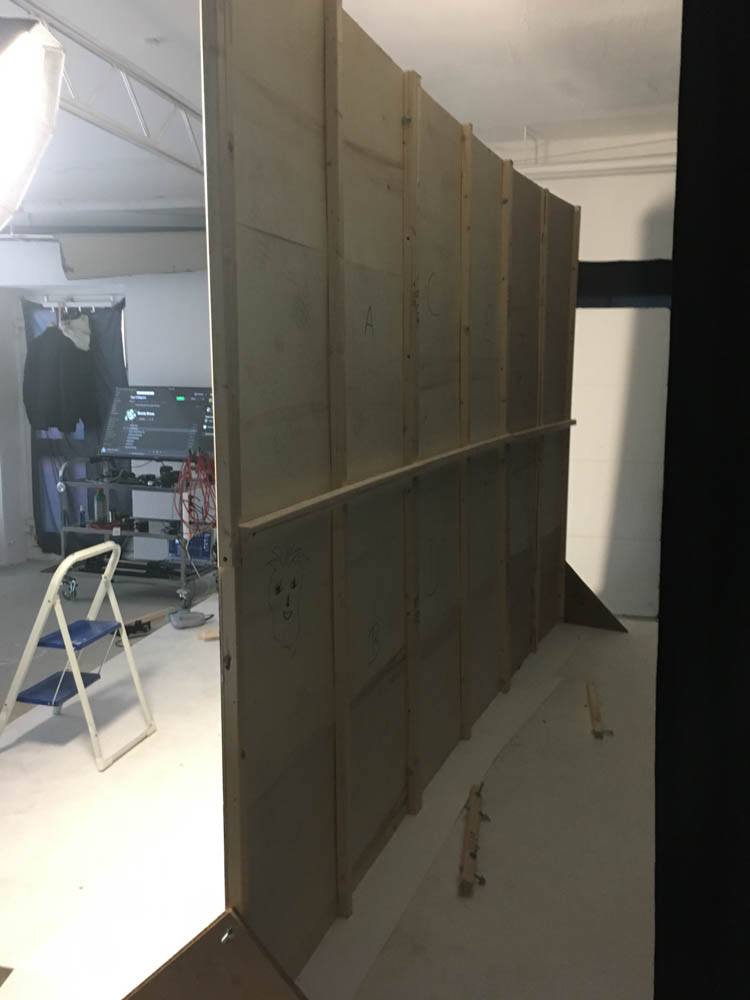 Next, they attached the plywood boards to the construction. There are also two triangular wooden boards in the bottom to keep the wall standing, as you will see in the photos. The wall basically contains three parts, and it can be folded in different ways. 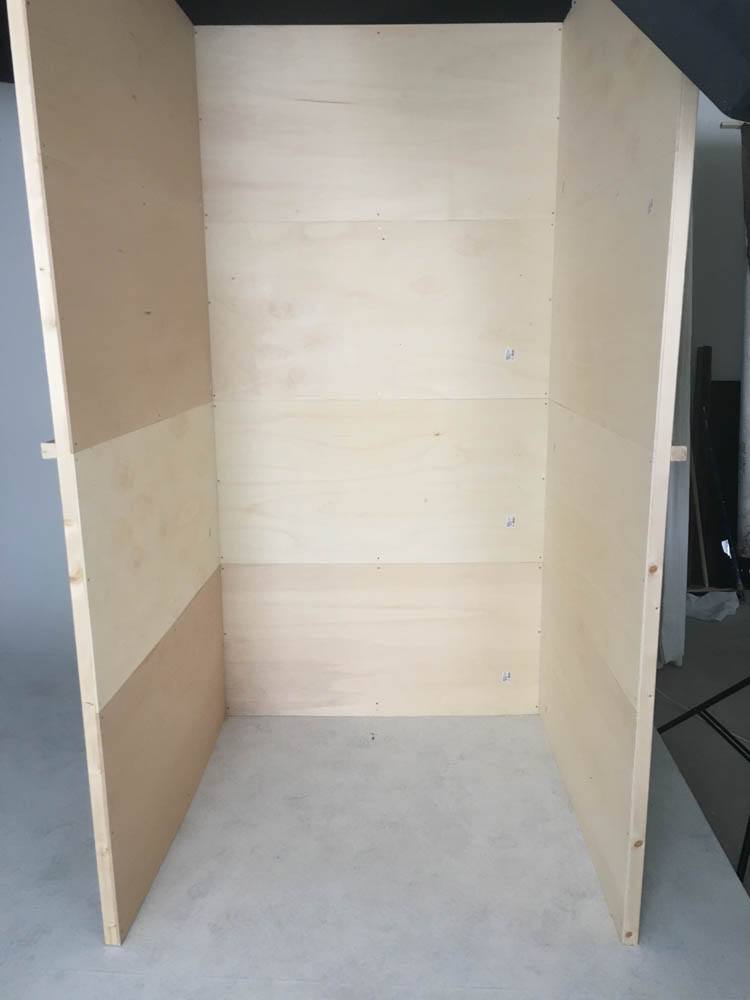 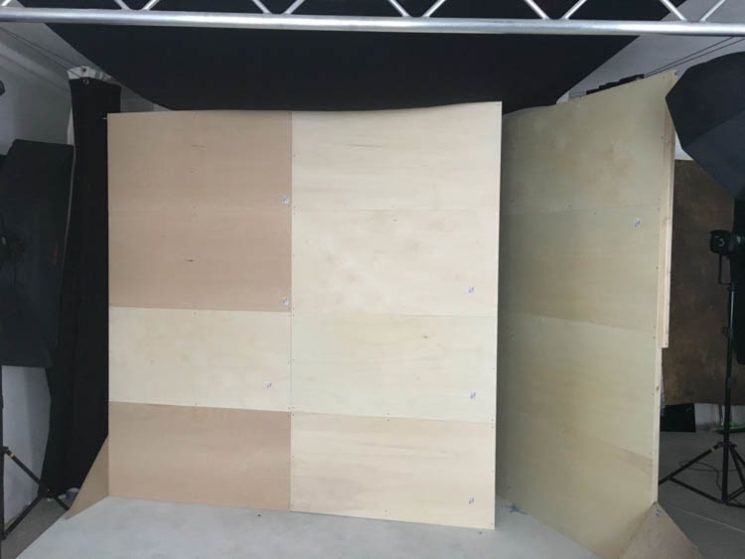 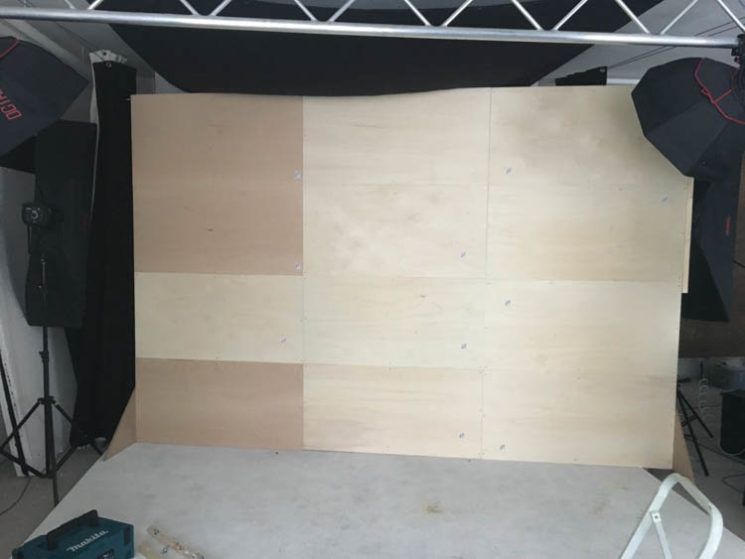 When the wall was done, it still looks nothing like “rusty wall.” And this is where the creative part comes. First, they gave the wall some texture. They applied the plaster and tapped it with a rough sponge. Here is a short video of the process:

When they applied the texture, they made it partial and uneven, just like the real rusty wall would have. And this is the final result. 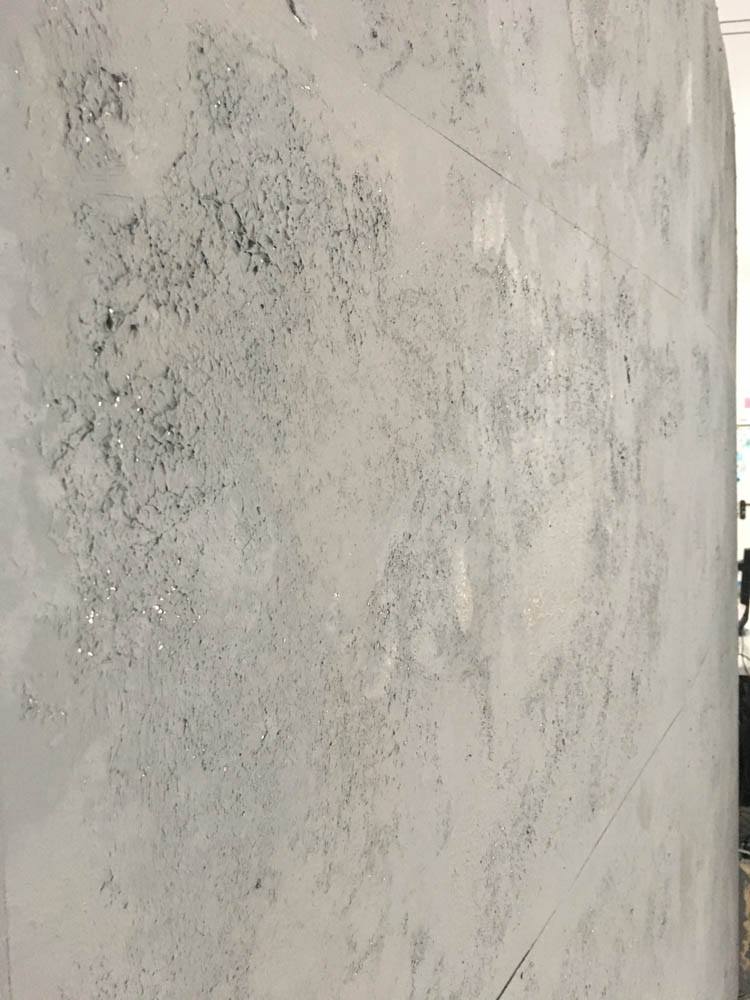 When the texture was done, it looked like the texture of a rusty wall. However, the color was still far from it, so they painter over it with a few different colors. They began with grey wall color. After this, they applied the two-component color. The first one contains metal, and the second acts as “rust agent”. The guys applied it with spray bottle, but some manufacturers already deliver the rust agent in a spray bottle. 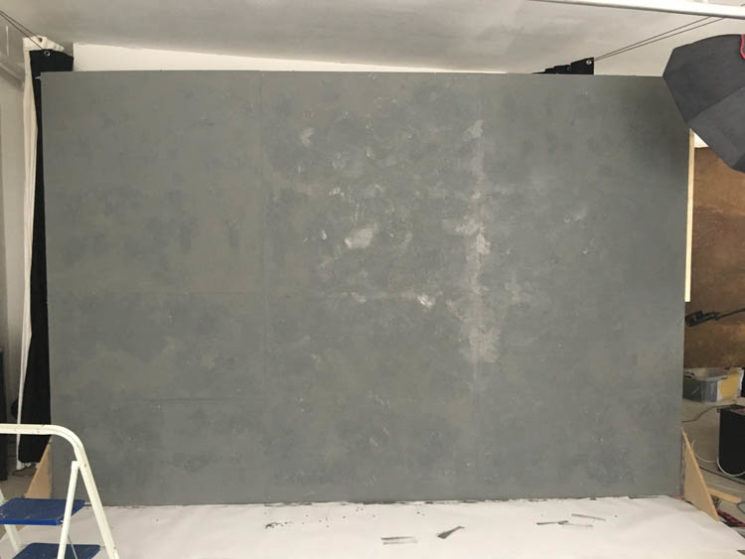 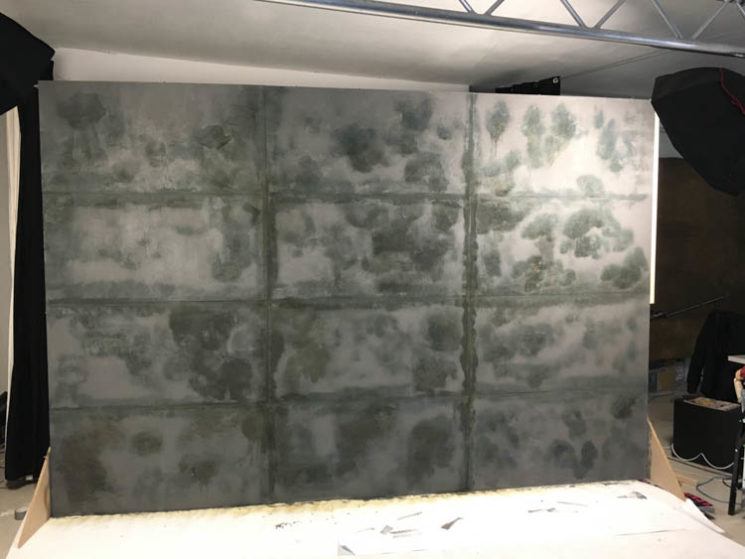 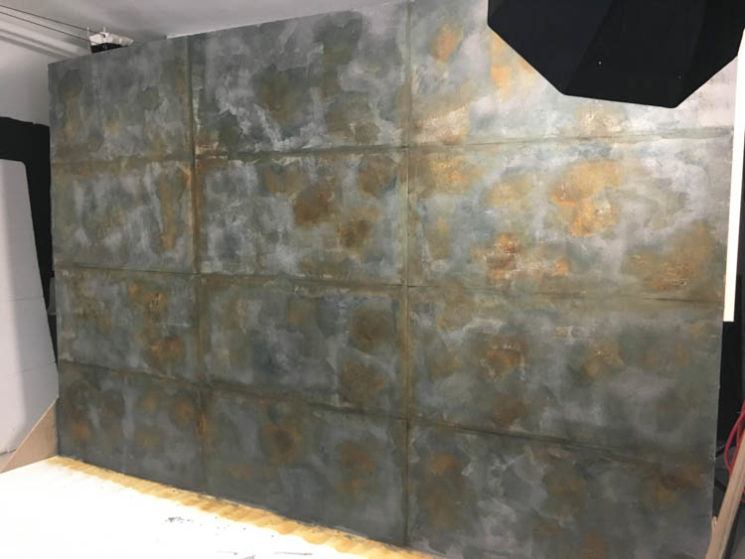 After applying the second over the first component, the primer slowly began to turn orange. Here’s the timelapse of the rust process, looks pretty cool: 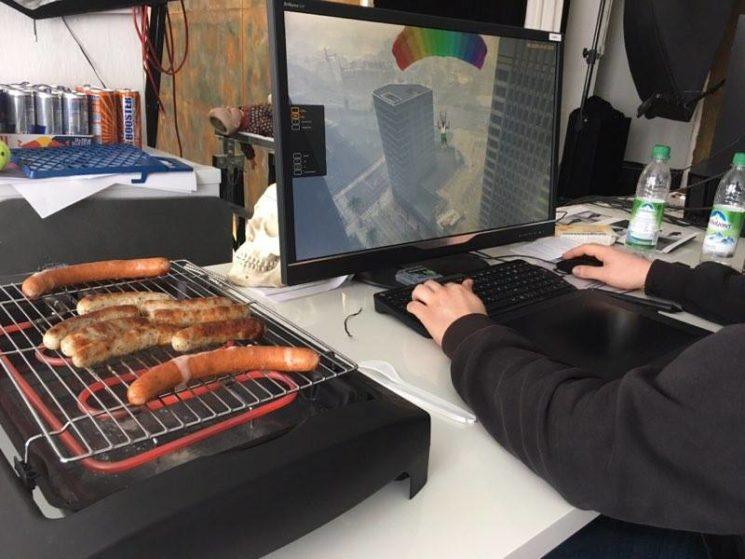 When the rust process was done, there was an almost realistic rusty wall in the studio. I said “almost realistic” because there was one more detail missing – the rivets. This is where they used the wooden half-spheres I mentioned in the list above. They marked the places at even space for setting the “rivets.” They glued each of them in place, and painted them all. What I find particularly interesting is the attention to details. They put some holes in it where rivers were supposed to be and put extra rust on them, so it looked like the rust damaged some “metal” around them. 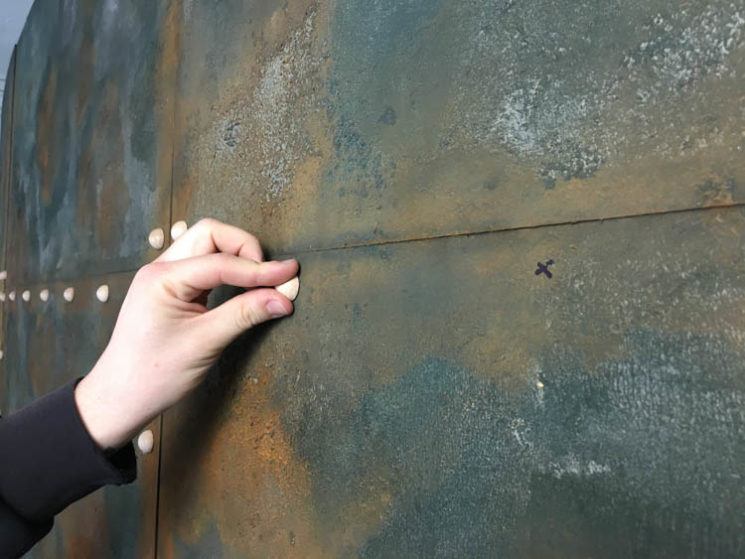 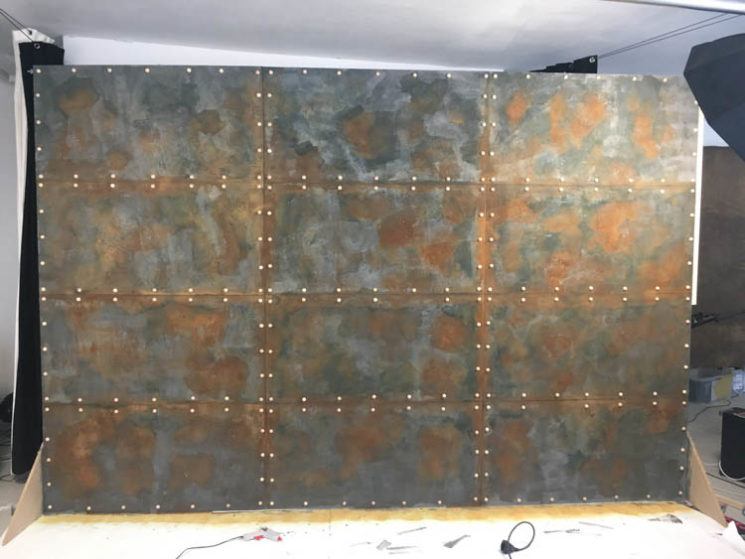 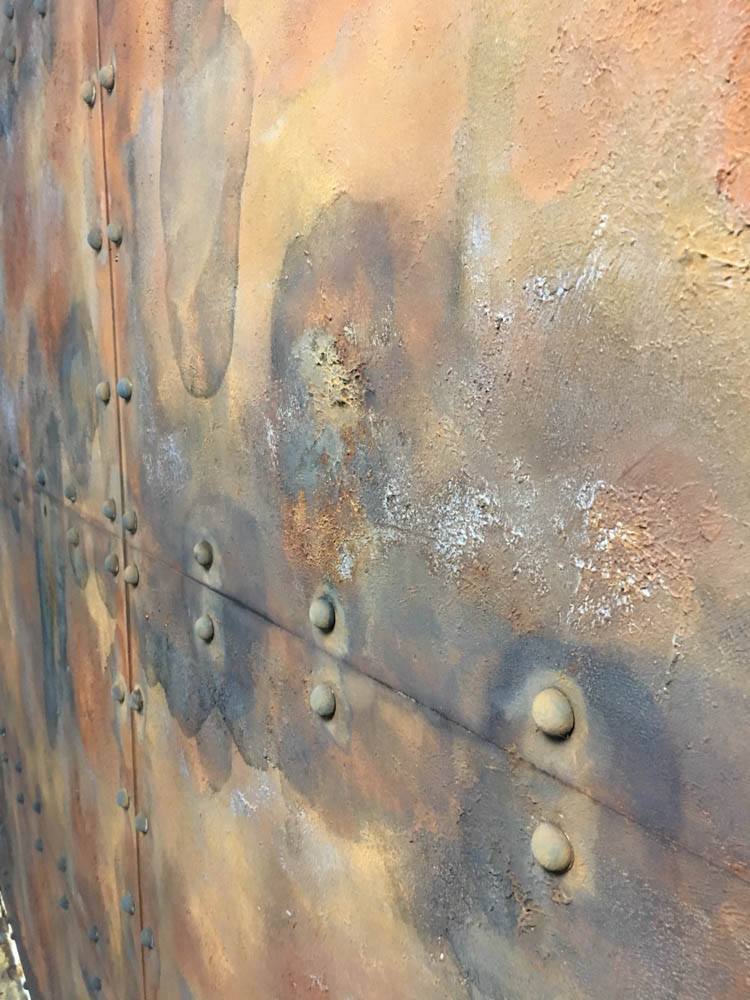 The wall itself looks really impressive. All it takes is some wood, plaster and color, but it wouldn’t be it without lots of patience and eye for details. And of course, since it was made for photography purposes, it would be only fair to show you some sample images. Here are a few, so you can check what the fake “rusty wall” looks like as a background. 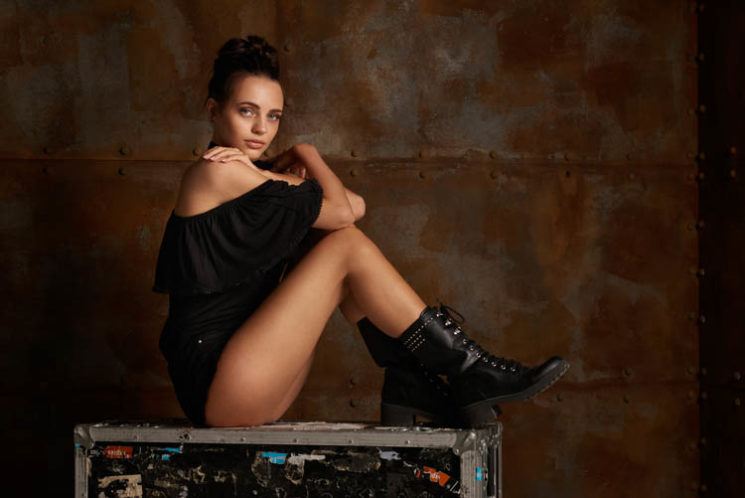 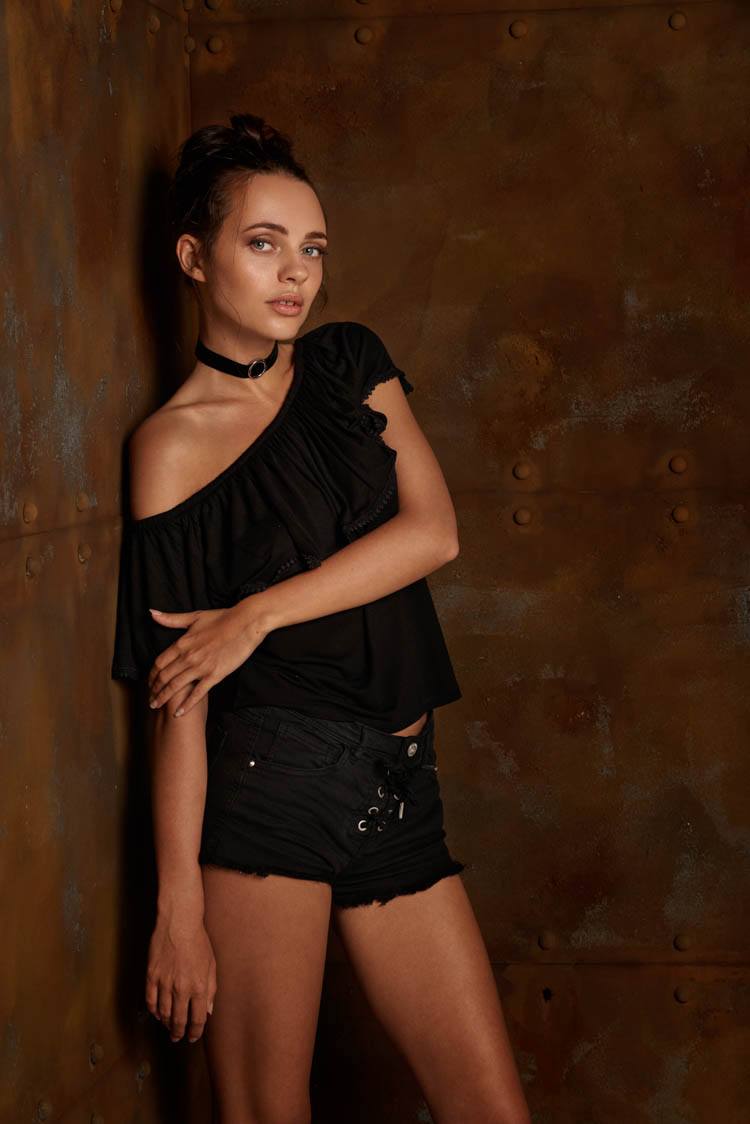 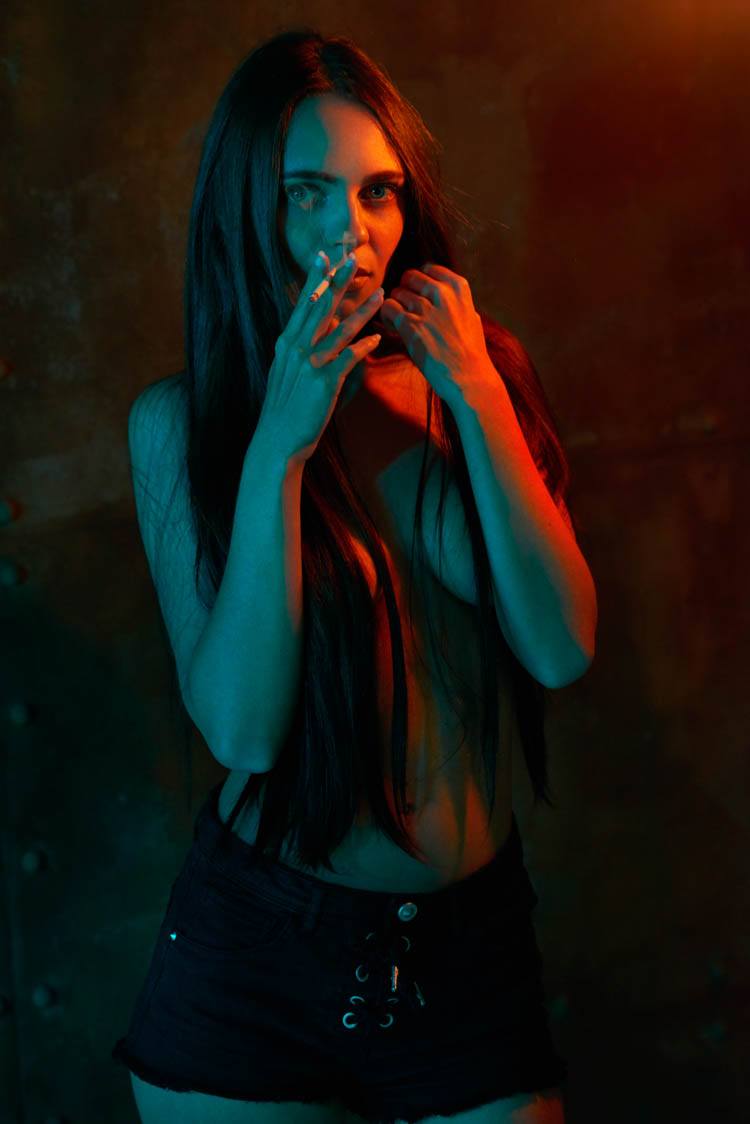 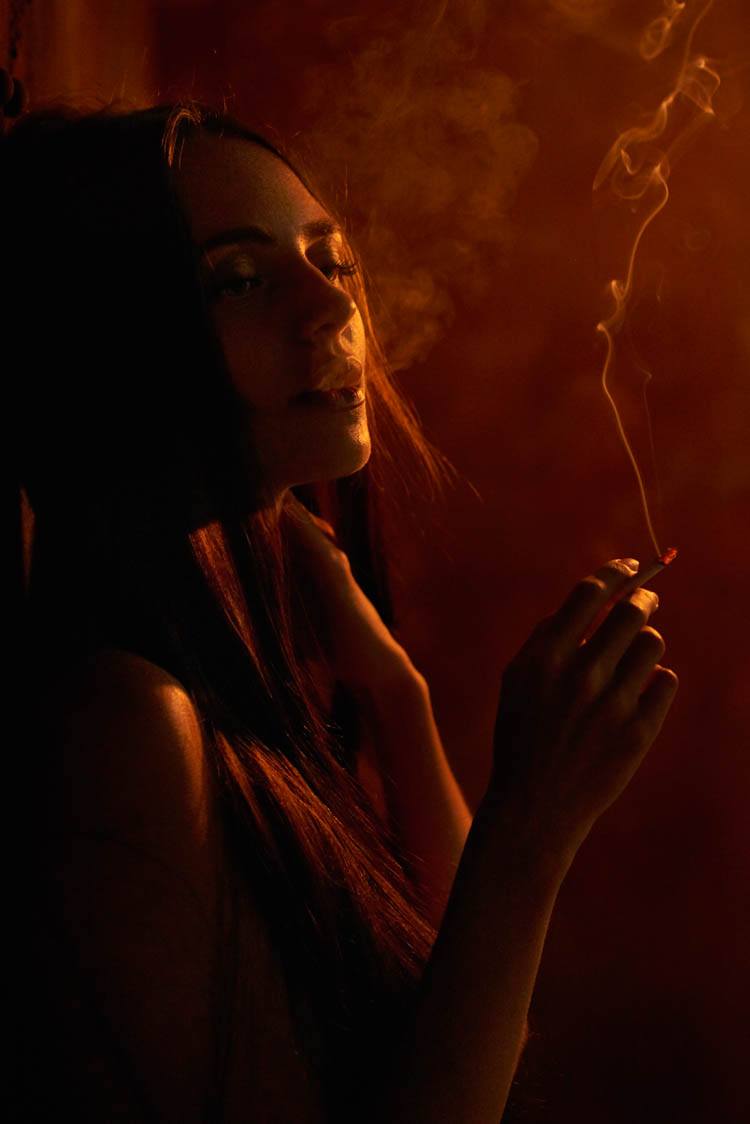 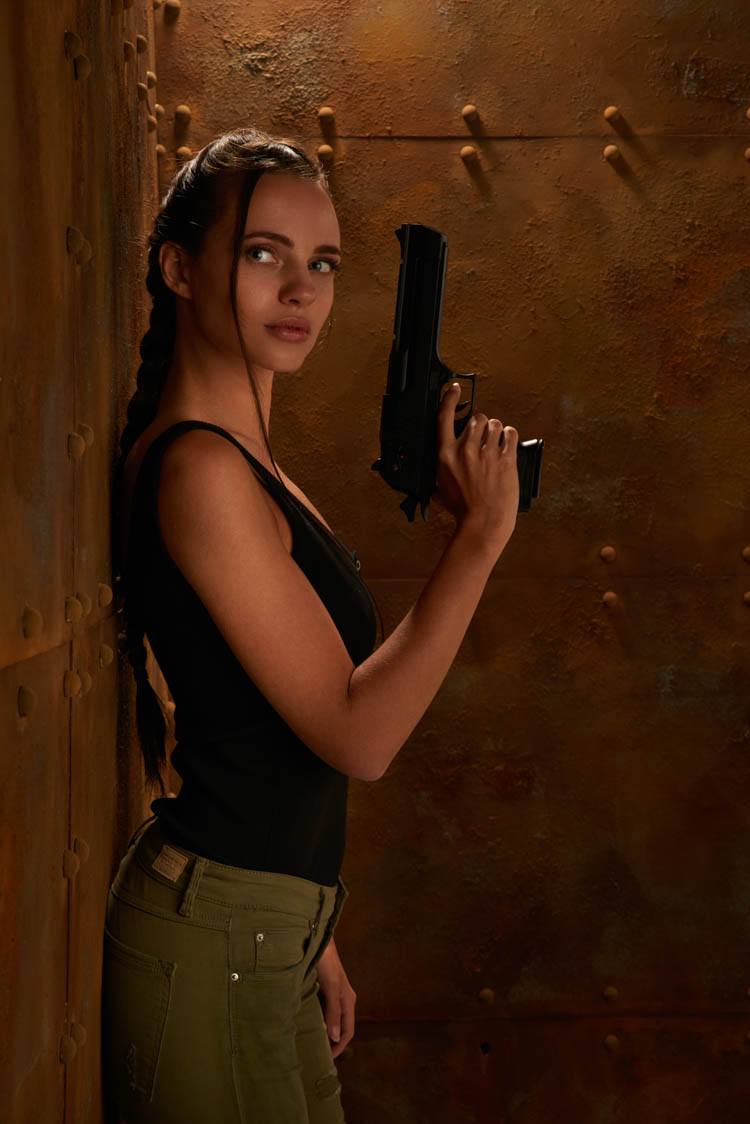 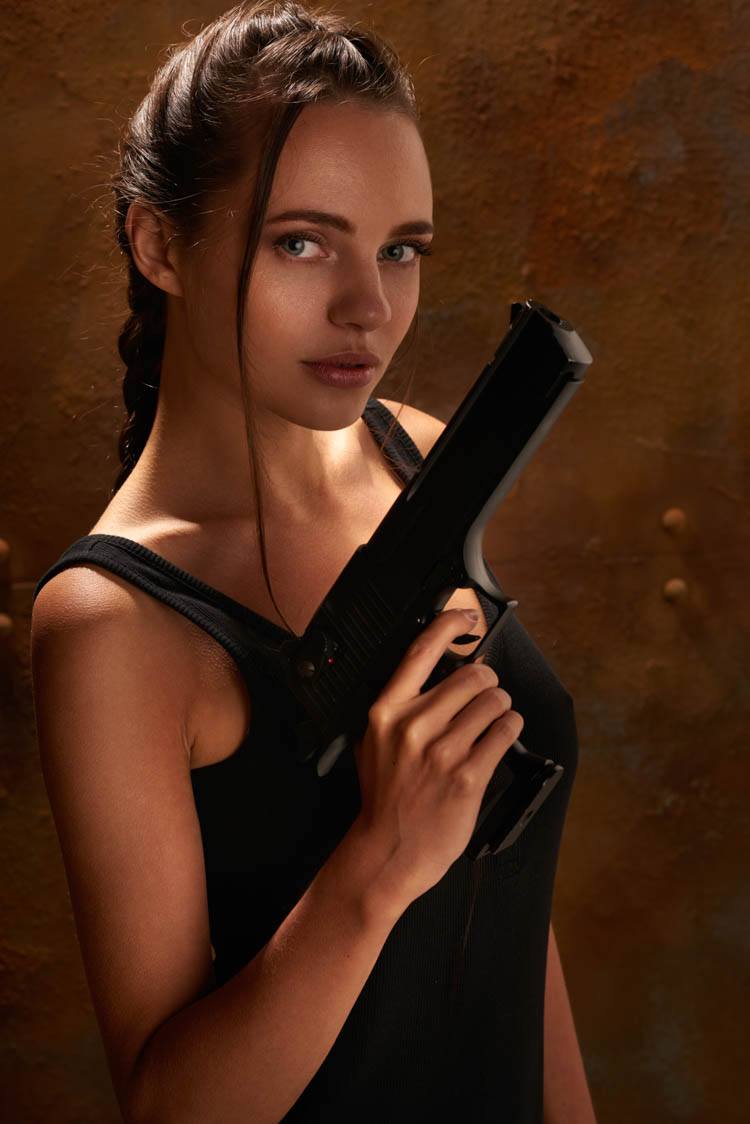 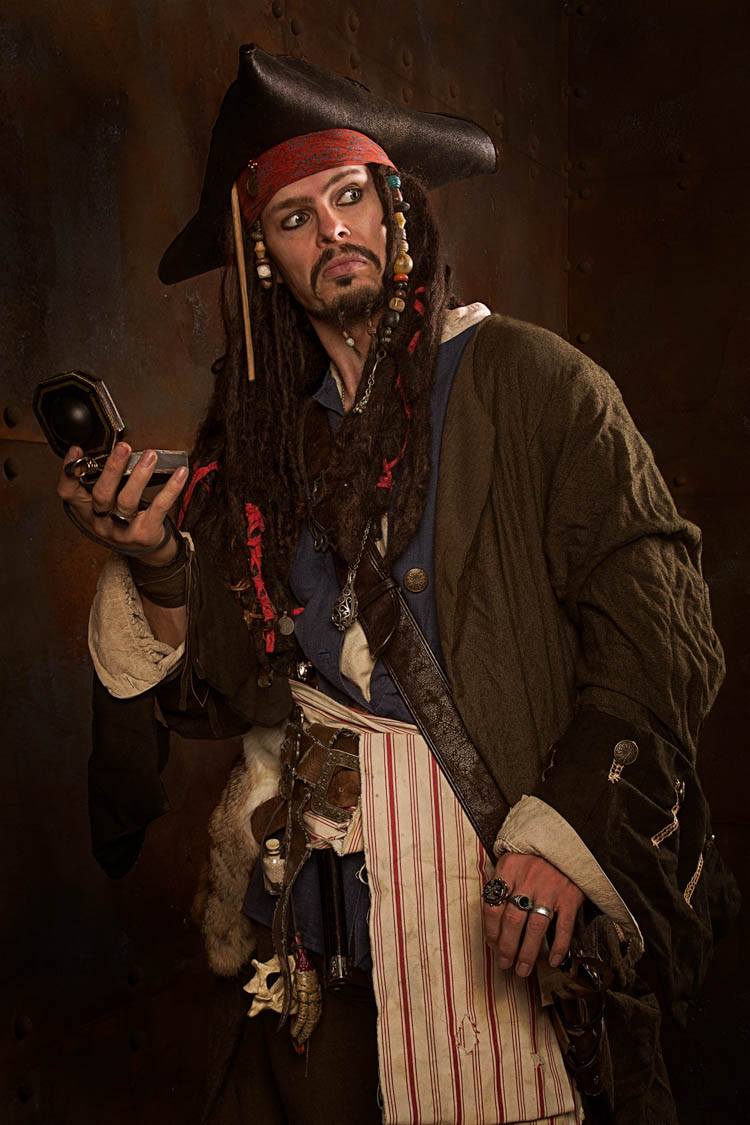 If you are handy and have enough room, I believe you can easily make this on your own. But if you have more skill in Photoshop than building, you can buy this background at raw.exchange and play with it in editing. In any case, I hope you found it interesting to see how a photo-background comes to life.

Build A Background Wall On Wheels

How to make a wall mounted DIY tripod holder