Astrophotography is one of the most fascinating genres in photography. It allows us to see the world around us in a way that’s difficult or often impossible to see with the naked eye. For many of us, the issue is simply too much light pollution, but even when we do make the effort to go somewhere dark, we can still struggle, especially if we want to photograph the Milky Way.

In this video, Diana and Ian from Lonely Speck explain the basics of photographing the Milky Way from the gear and planning to the actual process of shooting it.

I’ve not had much chance to have a go at astrophotography. I’ve read up on it a lot and had a bit of a play occasionally, but I’ve never been able to really get anywhere with it, though, due to the light pollution in most of the areas I find myself. Since moving to Scotland, however, it’s something I’ve made more of an attempt to get out and have a proper go at because it’s relatively easy to get to areas with fairly dark skies. I even went camping with a friend in Glencoe over Christmas with one of the goals being to try to shoot the Milky Way.

I borrowed a friend’s Sony A7II and Sigma 20mm f/1.4 lens for a couple of days to take with me on the trip. I’ve definitely got a long way to go , but I was quite pleased with the results. 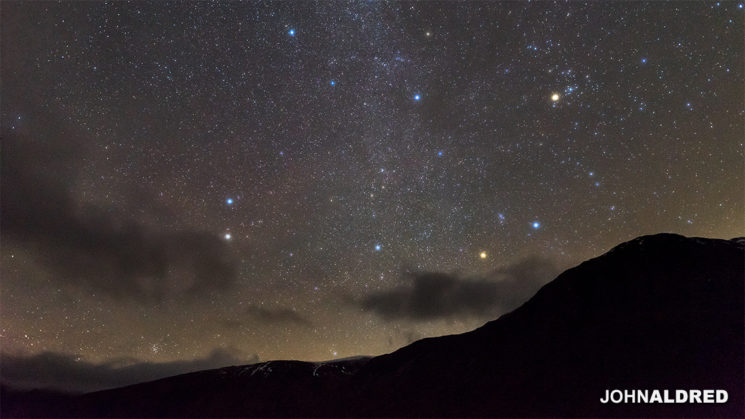 I wish Lonely Speck’s video had come out a few days earlier, though, and I’d have learned that this is completely the wrong time of year to capture the Milky Way in all its colourful glory. At least we got the right time of the month (the night before a new moon), even if it was the wrong month.

Oh well. I guess I’ll have to go back in the summer. I’m definitely not going to complain about having to go back to visit Glencoe again, though.

« This hidden Lightroom trick lets you systematically search for sensor dust in your photos
How we built Bertha – A large format camera that will shoot 1.1×1.1 metre slides »