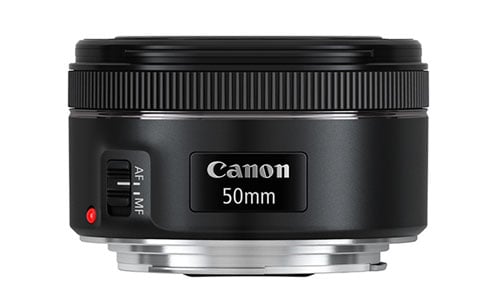 Canon’s EF 50mm f/1.8 STM lens has been rumored for a while now and it seems that a first real photo and lens specs have finally leaked.

The good news is it looks like it will be available at a decent price. The better news – the announcement date could be just around the corner.

According to Digicame-Info, the same website that shared the leaked specs of the 5DS and 5DS R, the new nifty fifty specs are as follows:

Judging by the photo it will also include a metal mount, but will lack Image Stabilization and a focus distance window.

This lens is has the same amount of elements and groups as the EF 50mm f/1.8 II it replaces, but weighs 30g more and is slightly shorter.

Two unknowns at the moment, other than the price, are the number of diaphragm blades and filter thread. I cannot confirm this right now, but I’ve heard that the new lens might feature a 49mm filter thread instead of 52mm on the old lens.

As for the blades, it will be interesting to see if this new model will continue using 5 blades as Canon’s previous model or if it will move to a 7-blade design like the Yongnuo 50mm f/1.8 lens.

The lens is said to be announced “soon”, so the blanks should be filled before too long.

First picture of Canon’s “Nifty Fifty” f/1.8 for RF mount leaks and it’s as tiny as everybody hoped