New gear is always exciting, and can certainly put a little pep into your photography step. But after the shiny newness has worn off and you’ve got used to it, that new lens probably isn’t going to be making your photos better. Unfortunately it’s always the more boring things that really make a difference to your images, like better planning and preparation, learning new skills, and being intentional in your image-making. Visualisation is incredibly important in improving your imagery, and in this video, Marc Silber explains his process for visualising an image before he presses the button.

Visualize this thing that you want. See it, feel it, believe in it. Make your mental blueprint and begin to build

You can’t create anything unless you know what you want to end up with, or in the case of photography, what you want the viewer to end up taking away. What do you want them to see that you saw yourself? Basically, we need to begin with an intention. Marc takes the above quote apart piece by piece. It’s not enough to just see the final image in your mind, but you need to feel it as well.

Now I would interpret that as how do you want the viewer to feel when they look at this image? It’s a pretty straightforward question when you’re creating an image entirely from scratch such as a still life in a studio and you can manipulate the lighting, choose the colours and composition to amplify what you want to convey, but how do you do this for example with a portrait or a landscape image where several things are outside of your control?

Marc first recommends making a shot list. This is something that I do almost every time I shoot unless it’s just for an amble around with my camera for fun. Marc makes an example of visiting a town that you used to live in, so you know it reasonably well. He says he would list all the places that you want to shoot, and then go and photograph them. This is similar to a real-life assignment I had last year when I had to shoot images of the town and region that I live in for a relocation company.

Not only did I list all the places and locations I wanted to shoot, but I included time of day after checking on an app where the sun would be and what time golden hour was going to be, and also which angles I wanted, what lens I was going to use, any models included (age, what they would be doing). All of this planning and visualisation helped speed things up and enabled me to get almost all of the images done in as little time as possible, which was very helpful as I was working with kids and a dog at one point!

Of course, you can stray away from your shot list if something different comes up or you come up with another idea that you like, but at least you have the shot list to begin with as a bare minimum. I almost always try to get the list done before I start playing around with other ideas. As Louis Pasteur so helpfully said, “chance favours the prepared mind”. With this in mind, I was able to capture the sun shining through one of the arches in the Cathedral because I knew exactly what time and where I needed to be to capture that image. 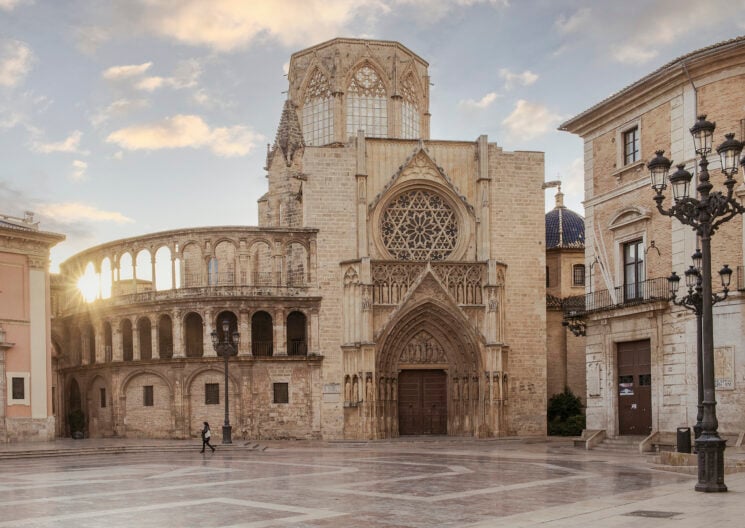 But what about being spontaneous you may ask? Much of the joy of street photography is about spontaneity, but it’s also about visualisation, albeit done on the spot more rapidly. It’s all about capturing the moment (or the decisive moment as Cartier Bresson called it) and to do that well demands that you anticipate the action. The same applies to sports and live music photography, you need to anticipate ahead of the game or music to capture those incredible moments of expression and emotion.

To give an extreme example of this, if you were photographing a symphony orchestra playing Bruckner’s 7th symphony then you have literally one chance to capture the cymbal crash. Yes, because there is only one in the entire piece of hour-long music (I can only assume that the composer hated percussionists but I digress). So if capturing that moment was one of your shots that you had to get then knowing the music in advance and watching for cues (when the player picks up the cymbals is a pretty good one, you just have to hope they aren’t going to miss it!) would be invaluable.

So how do you strengthen your visualisation muscles? Marc suggests visiting museums, either in real life, online or in a book. Commercial photographer Joey L apparently studied master painters to hone his lighting skills. We are all able to visualize from an early age, it’s just a matter of practising it and being able to really see what you’re trying to achieve before you start setting up your equipment.

How a bucket can help to improve your Seascape photography

These 10 tips will help you improve landscape photography in 2017