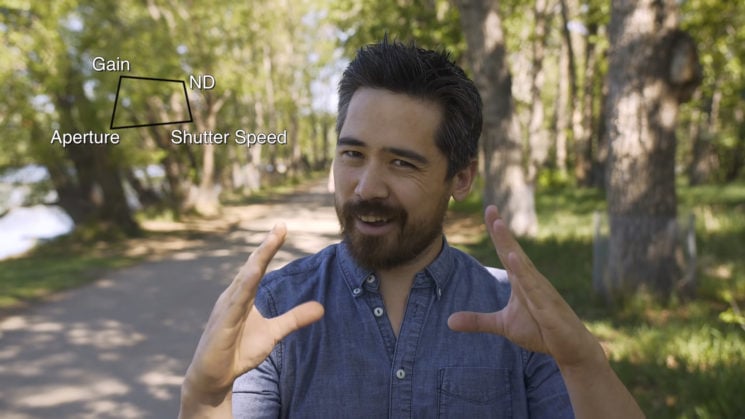 Getting exposure for video isn’t all that much different from getting a good exposure with photography. The only real difference is that neutral density filters are more commonly used with video than they are with stills, so they need to be taken into account more regularly. So, the exposure triangle becomes a square. Well, a trapezoid, really. Shutter speed, aperture, gain (rather than ISO), and neutral density.

In this video, Chris and Jordan from DPReview delve into the topic of video exposure. They discuss the things you need to know to understand the exposure relationship, the difference between T stops and F stops, the 180° shutter rule, and everything else that goes into getting a good exposure for your shot. 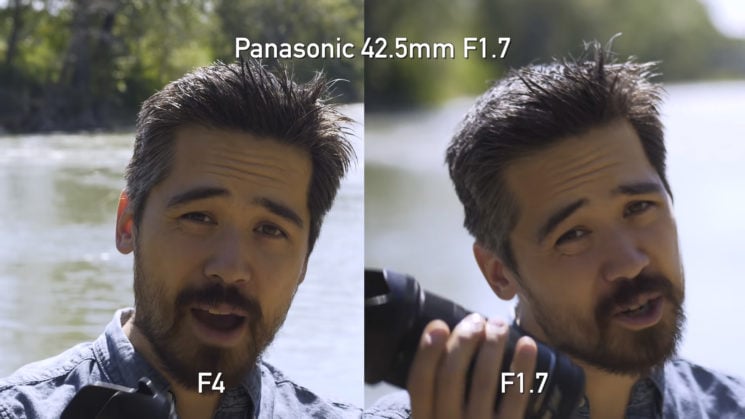 This one is often misunderstood. Because the numbers are similar, many think that T stops is just what the video world calls F stops, and that the two are interchangeable. But there is a subtle, but very important difference between the two.

The F stop is the relationship between the focal length of the lens and the physical diameter of the aperture. So, a 100mm lens with an f/2.0 aperture, in theory, has an aperture with a radius of 50mm (in the real world it’s not quite like this, because of optical design that bends the light into a smaller space, but it’s the same principle).

A T stop works slightly differently. While the size of the aperture is roughly the same as an F stop, a T stop is based on the actual light transmission coming through the lens. So, while you might have half a dozen photography lenses that all vary slightly from each in “brightness” at f/2.0, cinema lenses at T2.0 should all be identical.

As an example, you may have a 35mm f/1.4, 50mm f/1.4 and 85mm f/1.4 photography lenses. If you shoot all three of them at the same target, with the same settings, with all lenses set to f/2.0, each may have a slightly different exposure, especially if the lenses come from different manufacturers. For stills this isn’t really a massive issue, because you’re only looking at a single image at a time.

Even in a set of images, there’s enough latitude that you can quickly and easily correct an image from one lens to match the exposure of images from another lens and batch them all. The difference is usually quite minimal and isn’t really that obvious.

For video, though, where you’re watching many images played back at 24 or more frames per second, with multiple cuts and different lenses, and often very different cameras, this exposure difference between f stops on lenses can become noticeable very quickly. But if you shoot half a dozen different T2.0 lenses, they will (in theory) all have exactly the same exposure at the same settings. 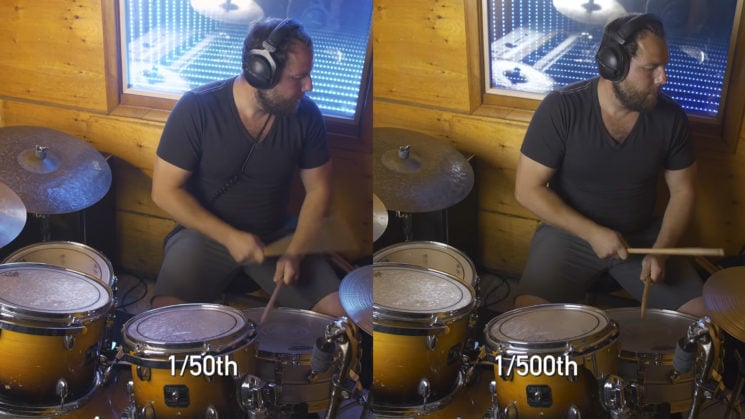 Like photography, shutter speed determines the amount of motion blur in the shot. For stills, you often want as fast a shutter speed as possible in order to eliminate camera shake from handholding it, or to freeze your subject in motion. For video, though, you typically don’t want too fast a shutter speed unless you’re shooting a high framerate (like 120fps for slow motion) or you’re doing it for creative effect.

Generally you want to follow the 180° shutter rule, whereby your shutter speed is 1/double your framerate. So, if you’re shooting at 24fps, then ideally 1/48th if your camera suports it – 1/50th for those that don’t. If you’re shooting at 120fps, then you’d aim for 1/240th, but most cameras would only offer 1/250th, which is close enough.

It’s the one thing that often stays the same throughout your entire production with video. Which is very different to stills photography, where it can be changing from shot to shot.

I always thought stills cameras should’ve switched to using “gain” as the new standard parlance, instead of keeping ISO/ASA as the “sensitivity” for digital. Because changing the ISO doesn’t really change the sensitivity of anything. A digital sensor always sees the same thing and responds in the same way. Where things change is after the sensor sends the light elsewhere and converts it to a digital signal.

Inside many digital cameras (stills and video) there are two processes applied. There’s the “native” ISO, where the analogue signal coming into the sensor is amplified (gain is applied), and then it’s converted over to a digital value. This is the native ISO range of your typical photography camera. After it’s converted to a digital value, another level of gain is potentially applied.

Video cameras work in basically the same way, and a given ISO value on a DSLR or mirrorless camera, say ISO800, translates directly to a gain of 800 on a video camera. Because of the relatively slow shutter speeds used by video, though, this often doesn’t need to be that high of a value, even in relatively low light conditions. 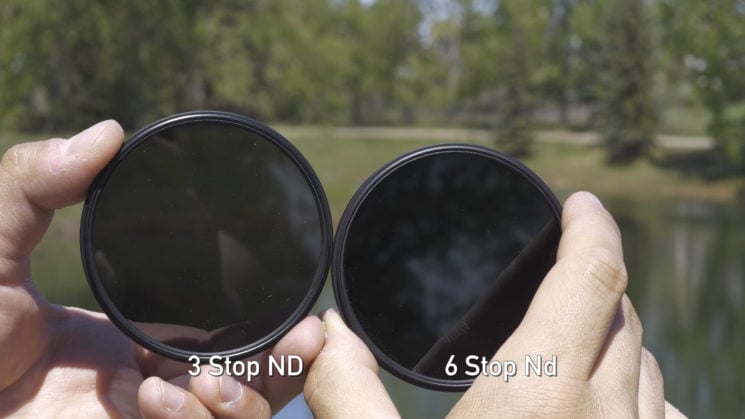 This is a consequence of having that long shutter speed. Many video cameras have a native gain starting at 800. In fact, even with some mirrorless cameras, if you want to shoot log footage, the ISO range available starts at 800, too.

I have a Sony A7II with me at the moment for a project, and when shooting S-Log2, the lowest ISO I can get is ISO800. If I’m shooting 24fps with my shutter at 1/50th of a second, even with a lens stopped down all the way to f/22, I’m going to be overexposed on a bright sunny day. So, neutral density is required to bring that exposure down to more manageable levels.

Exactly how much ND you’ll need to apply will depend on the lighting conditions and the aperture at which you wish to shoot to give you the depth of field you need.

According to the Sunny 16 rule, if you were shooting ISO800 film at an aperture of f/16, you’d need a 1/800th of a second shutter speed. So, if you want to bring that down to 1/50th of a second, and open your aperture up to f/2, you’re gaining 10 whole stops of light. So, yes, you’d potentially need a 10 stop ND filter to get a good exposure with video.

Exactly how you wish to apply each of these will depend on the shot your after. But adding another exposure variable to the old triangle isn’t too much of an issue once you get used to it.

These four manual vintage lenses are great for shooting video

« Comparison of six different Cheetah softboxes
Need protection for your expensive filters? This hard filter case could be what you need »