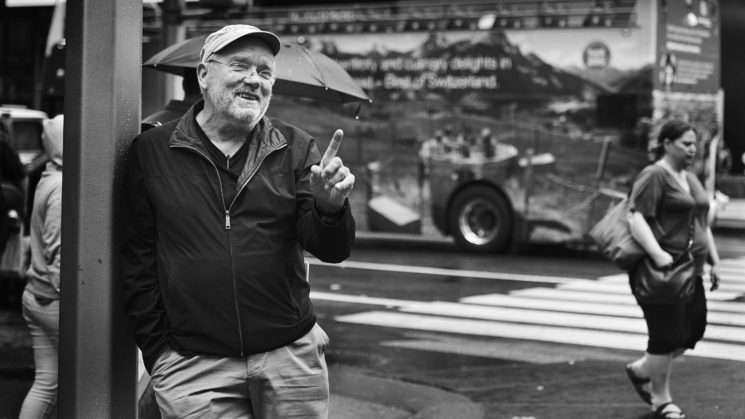 German fashion photographer, Peter Lindberg has died, aged 74. A statement made by his family and shared to Peter’s official Instagram account of 1.3 million followers confirmed the news this morning.

Born in 1944 in what is now Poland, Peter Lindbergh has been one of the most influential names in fashion photography for decades. Having worked with countless designers and magazines throughout his career, he’s had a significant impact on the fashion industry and popular culture over the years.

Lindbergh was born to German parents stationed in Leszno. He studied at the Berlin Academy of Fine Arts and in 1978 he moved to Paris to pursue his career, his website says. He helped to launch the “supermodel era” of the 90s, photographing models such as Cindy Crawford, Naomi Campbell and Linda Evangelista.

He was a big proponent of natural imagery, shunning post-processing, retouching or manipulation of any kind, to the point of not even wanting makeup, he told British Vogue earlier this year. His work has regularly adorned magazines such as Vogue, Vanity Fair, Harper’s Bazaar and The New Yorker, amongst others.

Tributes have poured in over social media.

My heart is broken. Peter Lindbergh was a genius and an absolute master of his craft. Beyond that, what made him truly one of a kind was his consistent kindness, warmth, and incredible sense of humor. One of the best human beings I have ever met. I will never forget you my friend pic.twitter.com/YKmWKy13pu

My thoughts go to @peterlindbergh’s family this morning. I never met anyone else like him. His generosity of spirit, his talent his warmth. When shooting you, he made you feel remarkable… pic.twitter.com/jA4EEXZ1tb

Very sorry to wake up to the news that #PeterLindbergh has died. He was a legend of photography and I count myself very fortunate to have spent time on set with him during my career. 🖤 pic.twitter.com/EOnFvWPTy2

It’s a sad loss for the worlds of both fashion and photography.