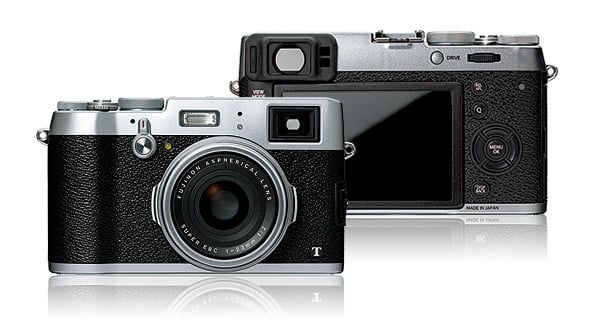 From the outside, the FujiFilm X100T, which just became available for pre-sale, maintains the classic styling of it’s ever popular predecessor, the Fujifilm X100S. Yet, while Fujifilm may not have found it necessary to add too many upgrades or embellishments to the camera’s outer-body, the X100T has undergone a series of internal upgrades, all of which make this sleek, small fixed lens a serious contender in the increasingly tough mirrorless camera market.

A Closer Look At Some Key Features

As Zack, from over at Ded Pxl points out in his great hands-on review, the X100T is not only a faster, smoother running machine than it’s predecessors, it also gets WiFi, which you can use to control the camera remotely via a smartphone or tablet. Zach does note, he experiecned som lag, however, when remotely controlling the camera. WiFi also enables quick downloading of images to a laptop or other WiFi enabled device, useful for on-the-go editing. Zach, like many X100 users are still patiently waiting for an option to tether to a computer.

One of the most anticipated upgrades the X100T sees is the Intelligent Hybrid AF System which offers users a very rangefinder like experience to ensure exceptionally sharp focusing. Combing the best of both the digital and the optical viewfinder, after a quick flick of the switch a small window will pop-up in the corner of the 3″ LCD which allows a subject to be clearly focused on in all kinds of lighting conditions. The switch for this feature was conveniently added onto the same switch previously used to switch between the digital and optical viewfinders, making the new feature easily accessible.

A new, fully electronic shutter mode has been added onto the X100T, allowing for completely silent operation. The mode also provides the ability to reach a remarkable 1/32000 second shutter speed, though, it should be noted the electronic shutter mode comes with the potential for a rolling shutter. Luckily, Fuji has made it an option which can be turned on or off according to one’s preference.

The aperture ring was modified on the X100T to allow users to change the f stop at 1/3 increments rather than requiring changes at a full stop, as was the case on previous models. Similarly, the exposure compensation dial now adjusts all the way to  +/- 3EV.

As mentioned before, little change was made to the case outside some very minor details to the areas around the hotshoe, a new (and better) 4-way controller, and a slightly larger viewfinder being added. The Fujifilm X100T is currently available on pre-sale at B&H in Black or Silver, both with an anticipated ship date of Novemeber 2014.

In the same announcement, Fuji also unvieled a pair of new lenses:

Lastly, the Fujifilm X-T1 is now available in a luxurious looking graphite and silver edition. The X-T1 is also now available with as new kit with a 18-135mm lens.

« Samyang Adds A 12mm 1:2.8 Full Frame Lens To Their Line Of Wide Prime Lenses
Quick DIY Hack To Help You Keep Your Cameras Safe And Sound In Precarious Shooting Conditions »