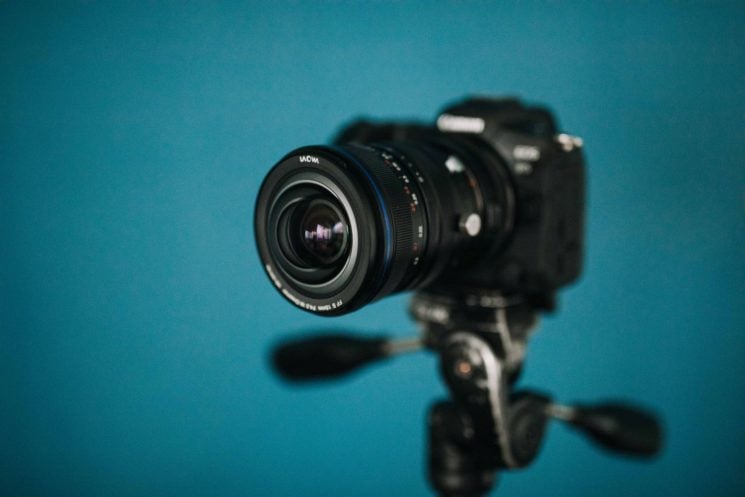 When Laowa announced their upcoming 15mm F/4.5 shift lens, I was intrigued. I mean, there is no tilt in this lens, but for most of my architecture work, shift is enough. Especially for a 15mm lens that is marked with zero distortion. For $1,200 this lens coupled with the Canon R5 is a beast combo. Let’s have a look at this unique lens.

The Laowa 15mm f/4.5 shift comes in four flavors: Sony E, Canon RF, Canon EF, and Nikon Z. We got the RF flavor and tested it with the Canon R5.

Before we get into the actual built, let’s talk a bit about the presentation of the lens. Just like a “regular” manual lens, this lens has an aperture and a focus ring. Unlike other manual lenses, this lens also has a shift ring and a rotation ring. So a total of four rings. The shift ring controls the shift function with 11mm of movement to both sides. The Rotation ring controls the orientation of the shift in 15 degrees increments. I mostly used it in either 0°,90°,180°, or 270° orientation for matching the R5’s horizontal or vertical orientation. 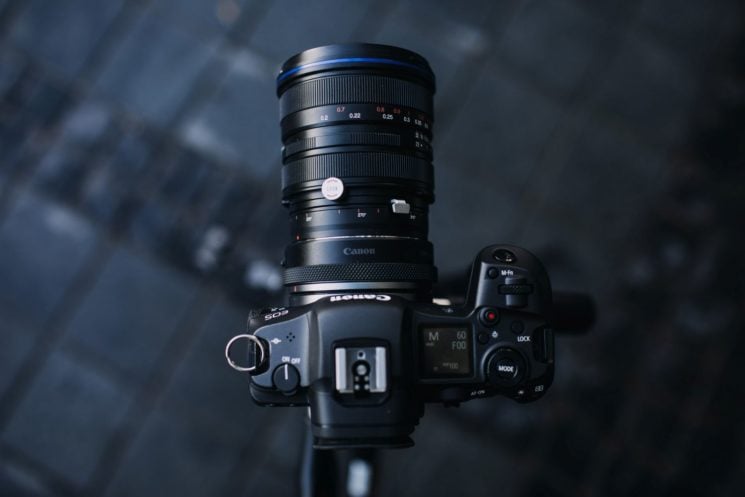 The first thing you’ll note, as with other Laowa lenses is that the 15mm shift is built like a tank. This is something we are kinda used to with Laowa lenses, and it’s nice to see that Laowa is not skimpy with the lens contraction. The Lens cap is metallic to protect the 15mm protruding element, but there was no hood. At least with the pre-sale copy DIYP got.

My only concern with the 15mm shift is its weather protection. The moving shift elements definitely leave room for dust, sand, and water to get in.  I am not sure if this is avoidable with a shift mechanism, but it was one of my only peeves with the lens. 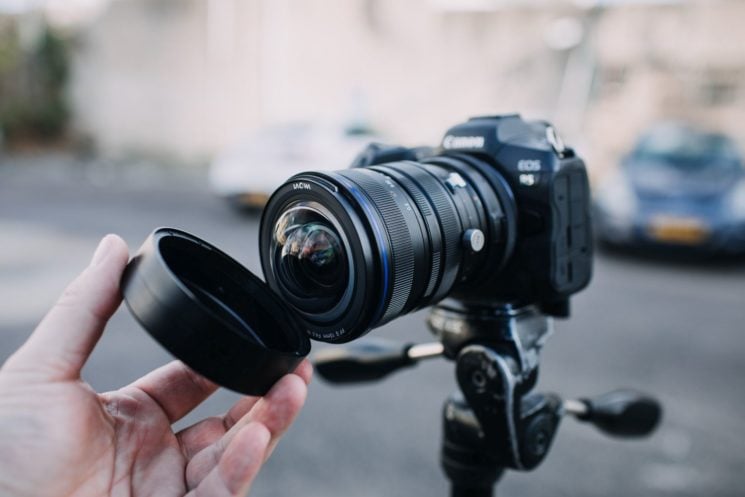 The lens is filled with useful info engraved on the body.

The lens does not have any electronics in it to report to the R5. So the R5 thinks that there is actually no lens mounted on the camera. you do this in the Camera -> 4 -> release shutter without lens menu (at least for the R5, other cameras will vary): 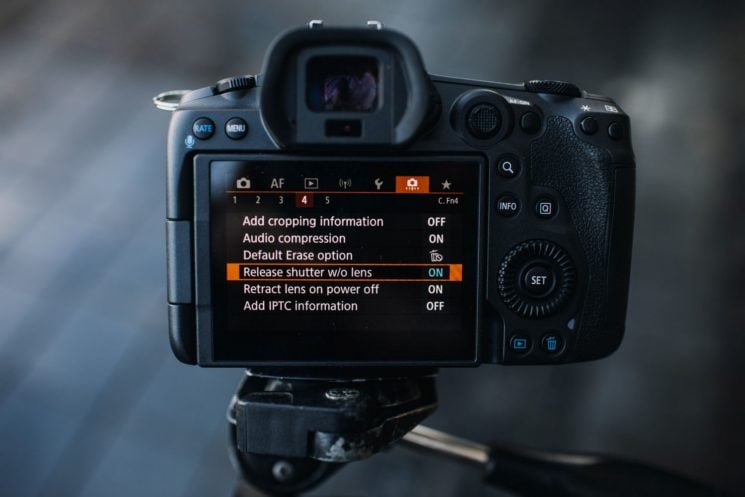 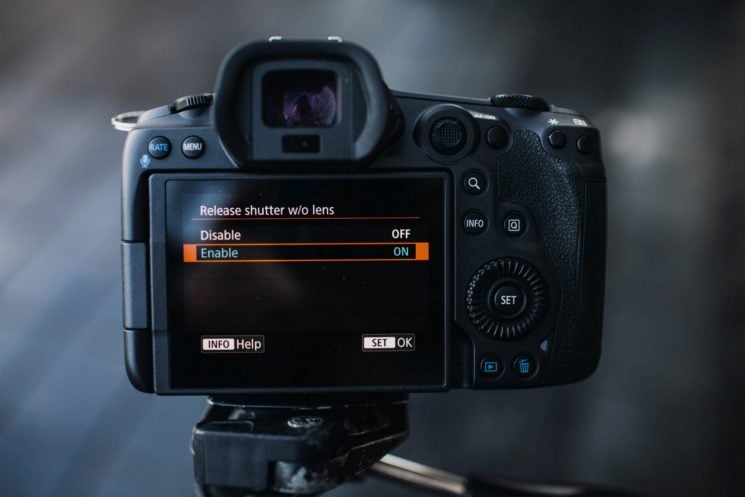 Shift lenses are used to straighten lines. Imagine standing at the bottom of a building and shooting upwards. The building walls will form a triangle in the frame. If you rotate the shift ring, the front element of the lens will “slide” upwards and will straighten the lines. 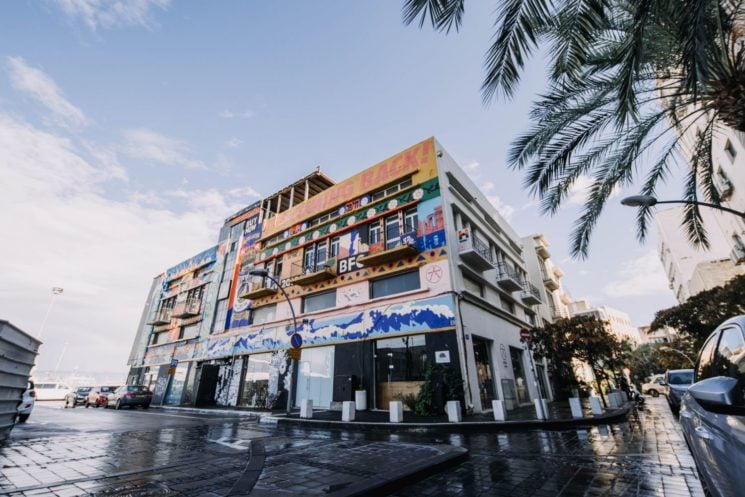 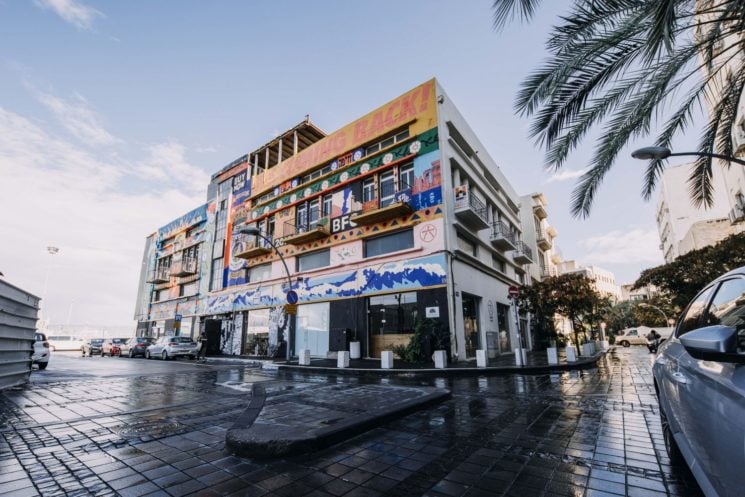 Here is how it works

This is incredibly useful when you are shooting tall buildings. I shot this 25 stories building standing very close to the base, and go the entire building in the frame. Now, this is not something special, you’d be able to do this with any 15mm lens. Here comes the magic tough. With a “regular” 15mm, you’d have to straighten the building in post. While this is not a bad option, sometimes photoshop does funny things to the perspective in post. With the Laowa 15mm shift, you get a perfectly aligned building right out of the camera.

Here is a side by side of a tall building. They were taken from almost the same spot. I just moved a bit for the shifted image for better composition 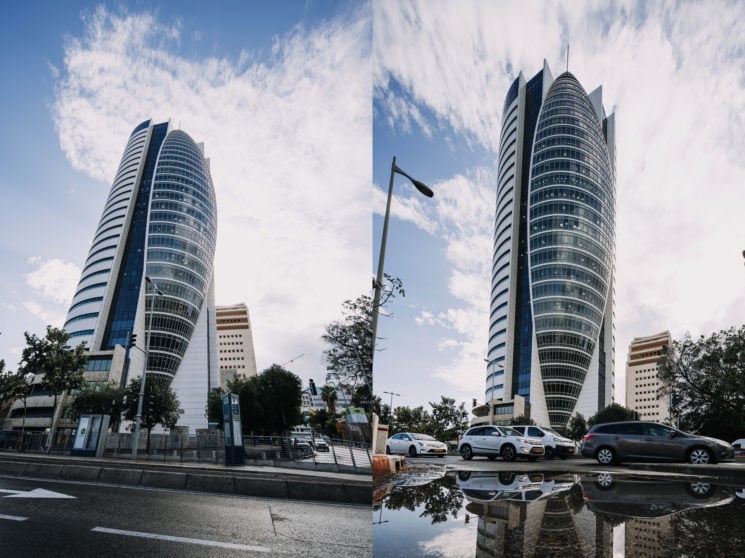 Here is a lower/wider building where it’s really easy to see the effect of the lens. 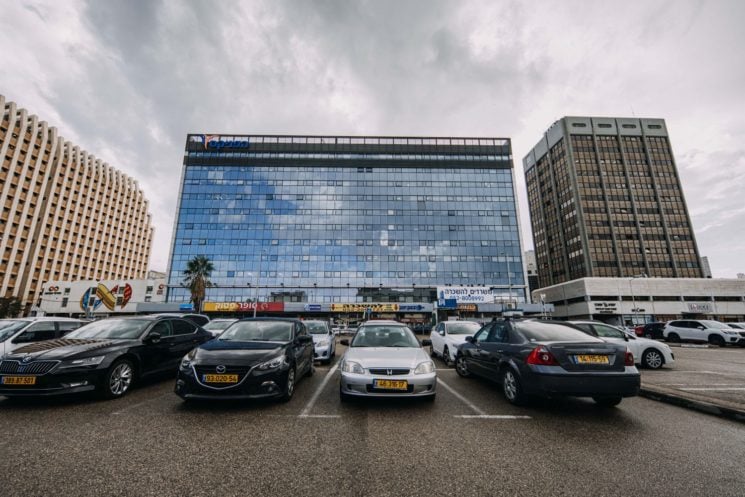 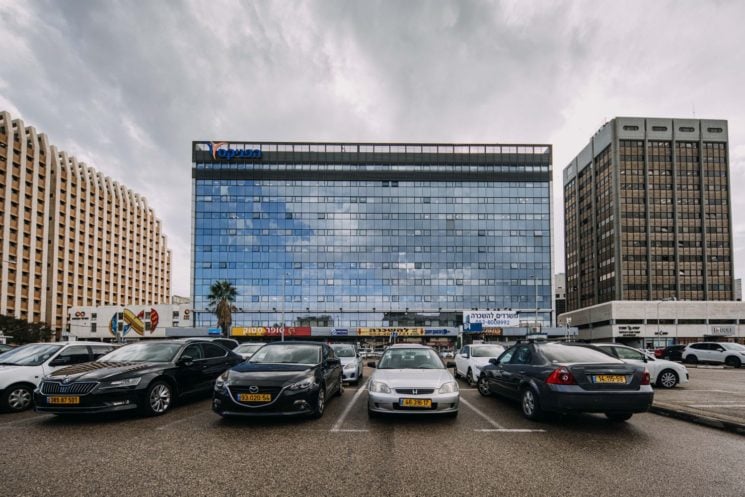 You work the shift mechanism by moving the shift-dial. When you do that, the lens kinda “breaks” and the front element slides upwards or downwards. (Or sideways if you have the rotation set this way). The more you turn that dial, the more the lens slides and the stronger the straightening effect. Of course, if you shift the other way, you will get a significantly more distorted image. I can’t really find why you’d wanna do that other than for artistic effect. 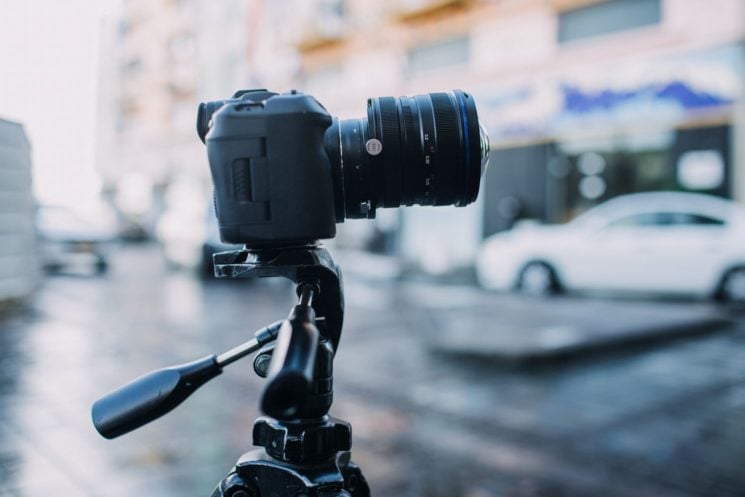 Once you have your shift locked in, you can use a small knob to lock it in place. This will reduce any accidental movement on the shift axis.

If you change from shooting horizontal to vertical (or diagonally if you’re a dutch angle kind of person), you can rotate the lens until the shift axis is perpendicular to the horizon. You do this, by pushing a small lever and rotating the lens.

All and all, both mechanisms felt very solid and smooth. I’d be curious to see how they hold over time. The nature of the lens exposes the internal a bit when the lens shifts so I would be very careful taking it to sandy places. 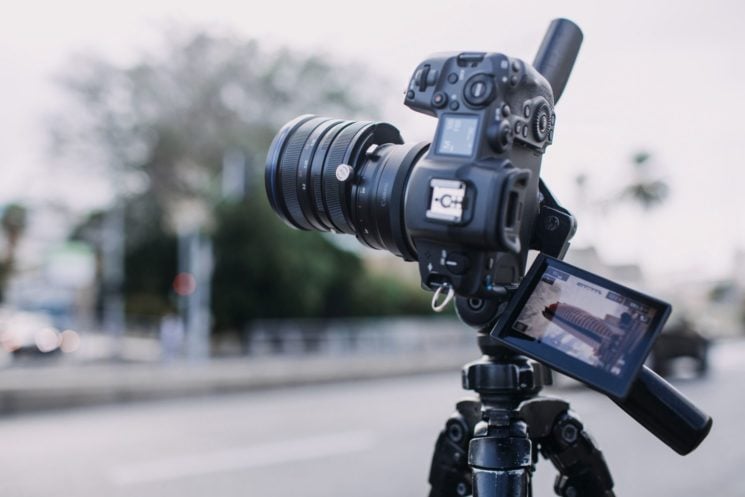 This lens is razor sharp. even at the edges. This is common for good 15mm lenses, and it’s nice to see that the Laowa 15mm shift is no different in this aspect. 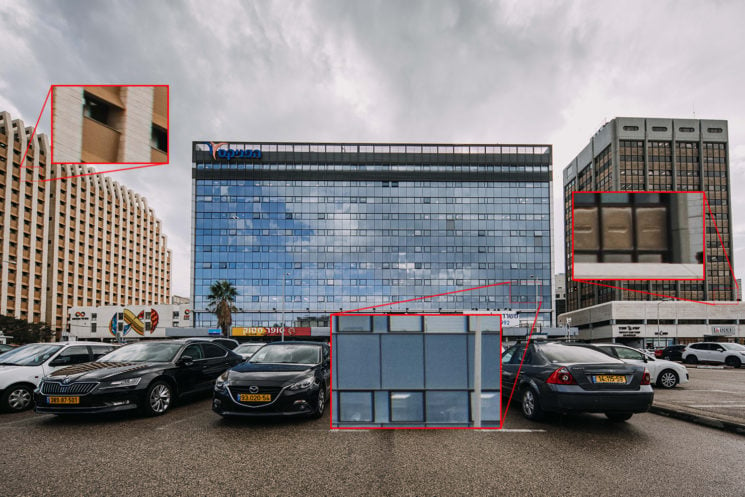 Bokeh is not easy with a lens this wide, but it is present enough when you can pull it off. I mainly got it to bokeh with close up shots. It’s not a macro lens, but it has a very comfortable minimal focusing distance. The bokeh was kind of a surprise to me, as the lens has only five aperture blades and I was expecting it to be somewhat “broken”. Anyhow, the bokeh was nice enough.

I tried a few shots with the sun peeking just behind that 25 stories building and did not encounter any flare or micro-contrast issues. so far, so good, but more testing should be done on that front.

The Laowa 15mm F/4.5 shift is a unique lens, that is a killer for the price. Especially if you are a photographer in the architecture space. It costs about $1,200 which is half, give or take, from the nearest Canon tilt-shift lens.  (If you like math jokes, that makes it about $1,200 per moving axis).