As a kid I was fascinated with M.C. Escher’s drawings. I was intrigued by the intertwining details, if you’ve never heard of of M.C. Escher, or just want to reminisce, I highly recommend getting one of his books. 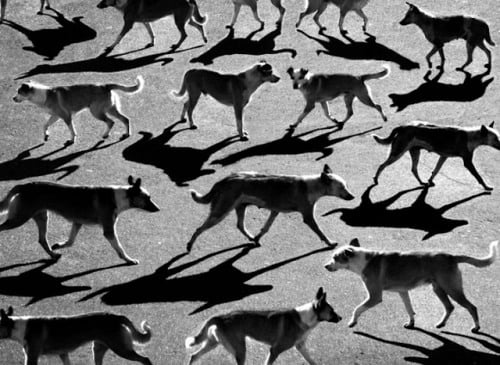 Russian Photographer Alexey Menschikov is doing something similar with his photographs. Alexey creates all kinds of intriguing graphic shadow art. His subjects, including groups of pigeons, cats, dogs, and even people, are all perfectly placed with shadows perfectly cast. The sharp contrast of black and white tones along with Menschikov’s composition create a visual pattern of shapes in both the negative and positive spaces.

When I asked Alexey about his process he explained that it is not created by miracle of cosmic alignment, but that to make any of the photographs he positions the camera and secures it so it does not move. He than continuously takes images of the same frame while the content of that frame changes. Later in photoshop he masks in a fragment of each frame to create an MC Escher like collage.

Here is a sample of his work: 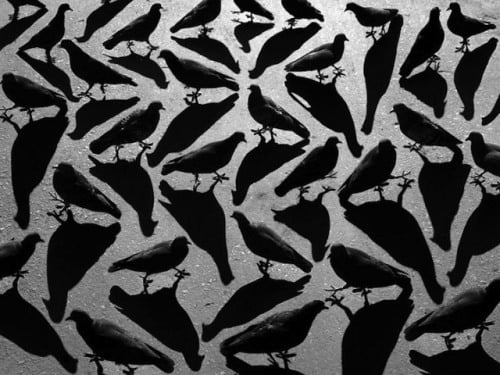 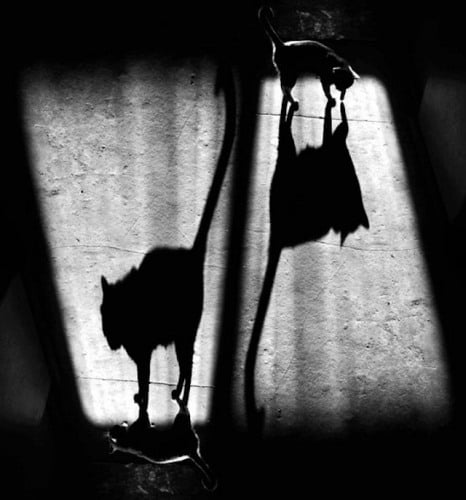 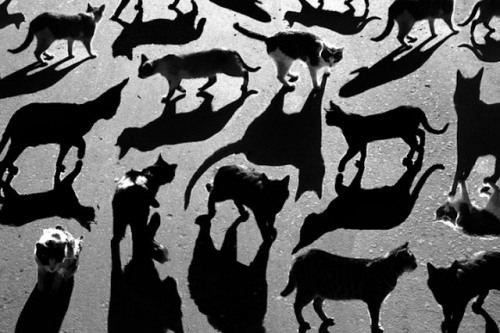 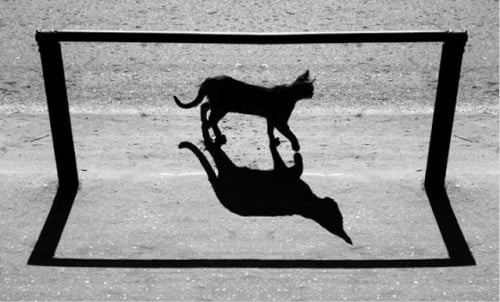 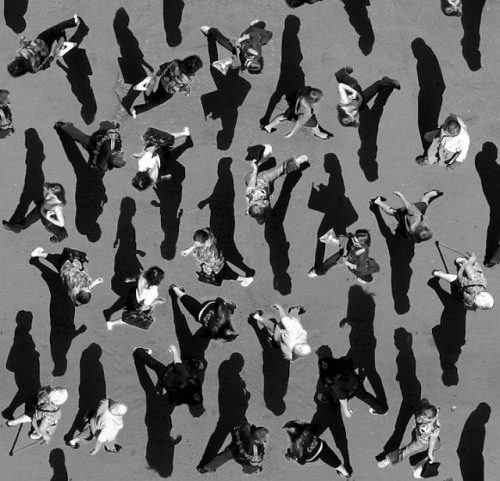 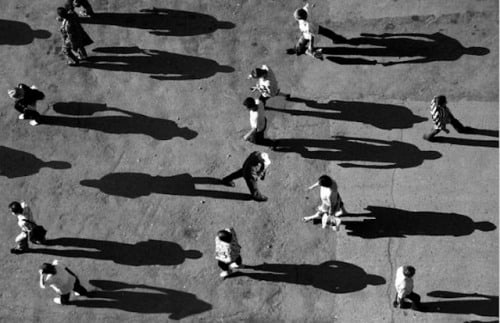