Before photography became my hobby of choice and eventually a career, I spent a lot of time building remote control boats, planes and cars.  It turns out that the skills you learn as a kid to build a nitro powered model boat out of beer cans and styrofoam are very transferable to building homemade photography gear.

Disclaimer: the following article doesn’t have much to do with photography.  If that is a problem for you, please don’t read it and then leave a disgruntled comment about how you wasted your time reading it. 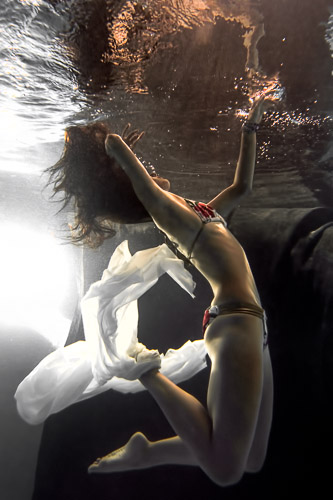 This photo was shot using some pretty cool DIY photography gear – but that’s another story.

(If you’re Canadian and grew up watching public TV in the early 80’s you’ll probably recognize that as a line from the Riverbank Show – and right now, you’re thinking nooooooooo – that sounds like a GREAT story….how is GP going to rescue Hammy with his diving bell???  I want it NOW….so I apologize.)

My Top 5 DIY Projects of All Time

To me, the coolest thing about the DIY Photography community is all the crazy talents that we see from our fellow photographers around the world – from good old fashioned DIY builds (my particular forté), to software hacks, to building your own 3D printed robotic gizmos – its nuts!

In my first article at DIY Photography, I wrote about the three images that I am most proud of.  Click here to check it out.

With that in mind, I thought I’d share my favorite five DIY builds of all time – although none of them really turned out as planned.

I clearly remember the day in high school science class when I learned that if you run a DC current through water with dissolved electrolytes, you can separate water (H2O) into pure hydrogen (H) and pure oxygen (O) in a process called electrolysis.

I quickly put this new knowledge to practical use by building an elaborate setup in my basement to synthesize enough pure hydrogen so that I could build my own remote control hydrogen blimp.

My mother’s frantic phone call to my uncle (who apparently knew about such things) is now family legend.  It went something like this: “JP has a machine in the basement that is making hydrogen.  Is that dangerous?”

I never did process enough hydrogen for a blimp.  I couldn’t find a suitable non-corrosive material to use for the electrodes (and my mom wouldn’t let me use her gold necklaces).

But, I did get enough pure hydrogen and oxygen to fill a plastic bag, which I eventually lit with a candle on a stick for a very satisfying explosion in my backyard.

If you’ve ever had an old crappy car (this was before old crappy old cars with loud mufflers were cool) – you know that DIY solutions are a necessity. 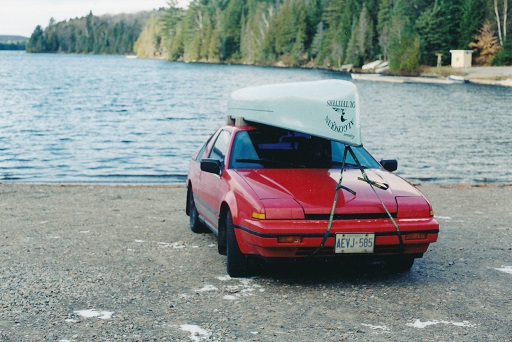 We called this car the “CrapStar”, mainly because it burned enough oil to generate its own permanent smoke screen.

The CrapStar also had a DIY clutch cable that would snap every once in a while.

When it broke, you simply got the clutch cable repair kit out of the glove compartment (which consisted of pliers, screw driver, cable clamps and a small pillow), wedge yourself upside down under the steering wheel and dash board with your feet sticking out the window (hence the pillow) and clamp the clutch cable back together.

The clutch would also pop out of 5th on a regular basis, so I installed a DIY stick-shift-restraining-device, otherwise known as a bungee cord, to hold the stick in 5th while driving.

On top of the clutch, the driver’s side door latch didn’t work quite right – every once in a while, the door would just fling wide open on right hand turns.

Whenever the driver’s side door would fling open, the door-opening-restraining-device would automatically engage, allowing the door to only open a foot or so, and then immediately snap shut again with a loud bang – which was fine if you were expecting it, but if you were an unsuspecting passenger, it might have been a bit of a surprise.

Back when I was an undergrad engineering student, Concordia University in Montreal had an annual Popsicle Stick Bridge building contest.

Every year my friends and I would put together a team and enter the competition, which of course was really just an excuse to get the university to pay for a trip to Montreal (if you’ve never been to Montreal – it is a magical place full of exotic girls with French accents, smoked meat and bagels, convenience stores that sell beer to 18 year olds, oh, and exotic girls with French accents).

But first we had to build a popsicle stick bridge. 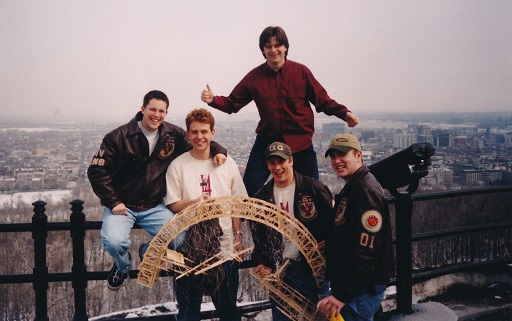 So I had the bright idea to build a mini table saw out of a Dremel tool and cut off wheels – which actually worked quite well.

And with cutting popsicle sticks came a really, really fine sawdust, kind of like flour, that stayed in the air for days.  We never were able to fully clean it up (it was a student rental anyway).

To this day, I cannot use a Dremel tool without wincing at the sound.

Necessity is the mother of all invention.  But being a cheap ass is the father.

At my girlfriend’s dorm, they had to pay an extra $30 a month for cable TV in their individual dorm rooms.

But the common room had free cable TV.

So being the nice (and resourceful) boyfriend that I was, I split the cable feed going to the common room TV, ran it up the wall and through the drop ceiling and into each girls room.  I didn’t want to permanently damage anything, so I ran the cable out of the ceiling lights into each room.

This worked great all year (although the girls at the end of the run were getting just a little bit of snow…well, maybe a lot, but if its free and you really want to watch Dawson’s Creek, you’ll put up with that sort of thing), until somebody in charge eventually asked what the cables coming out of everyone’s lights were…at which time Project Free TV came to a grinding halt.

When I was a kid, we had two big trees in our back yard.

For some reason I still don’t understand, my parents let me tie a random piece of rope that I found in the garage between them to use as a zip line.

It quickly became obvious that sliding down a rope with your bare hands didn’t work quite as well as it did on TV, so I improvised by using a pair of old oven mitts.

Of course, the coefficient of dynamic friction between the rope and oven mitts was just a little too high to get a fast enough slide to make it all the way down the zip line.

In fact, my first two attempts ended up with me stranded in the middle and having to resort to climbing hand over hand to the next tree.

The obvious solution was to make the zip line steeper and tighter, which I did.

My grandfather, who was apparently supervising the operation also had a great idea.  He brought me some WD-40 to soak down the mitts and rope and thereby vastly reduce the friction.

The WD-40 did the trick, because on my next attempt I zoomed down the rope so fast that I forgot to prepare for the landing, which resulted in a full body smack right into the trunk of the far tree – Wile E. Coyote style.

But, now that I had the system figured out, it was time to see how fast I could go.

Everything was working great until after a few runs I discovered the byproduct of oven mitt on rope friction – heat.

So much heat in fact that the WD-40 soaked oven mitts and rope spontaneously lit on fire.

Unfortunately, the fire put an end to the zip line.

What DIY Build Are You Most Proud Of?

The DIY Photography community is full of ingenious DIY hackers.  Leave a comment below and tell us about your favorite DIY build – photography related or otherwise. 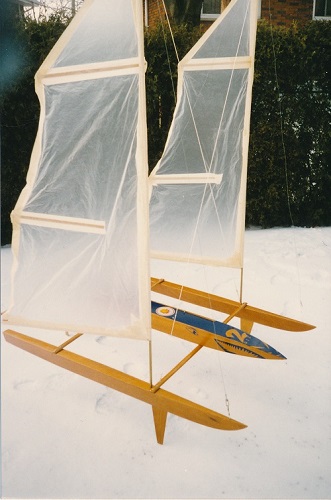 Portraits Of A Girl Taken Sideways With An Extra Face

« Incredibly Beautiful 10K Dusk to Dawn Timelapse of Lake Dora
15 of My Favorite Photography Products Under $50.00 »