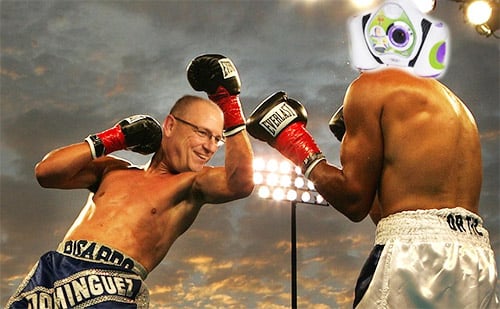 Kai and Alambi at DigitalRev has an interesting video series where they conduct photography duels. Not between two photographers, but between a pro photographer and a cheap camera – the series is titled Pro Photographer / Cheap Camera.

For the latest match in this epic series they had David (Strobist) Hobby in the blue corner and Buzz (2MP kids camera) Lightyear in the red one.

To quote from an unremembered origin, “Expensive gear does not make your photography better, it only makes some photographs possible”. I could not agree more, and this video shows this point in a spectacular way. Hit the jump for a video and some thoughts.

There is a fair amount of hacks packed into that 23 minutes video. Using TP as a softener/flash knocker downer, using a grad filter for longer exposure (which allowed flash sync) and using Gaff tape to block light are but a few.

For me, aside from looking at the photographs take, it is also interesting to look at the photographs not taken. The full Lamborghini shot and the flying monk – those were just not possible with the equipment at hand. And this I think is one of the big takeaways from this video.

The other big takeaway for me is that if you know how stuff works, and you know its limitations it’s easier to make it do what you want (or avoid doing what it can’t do). 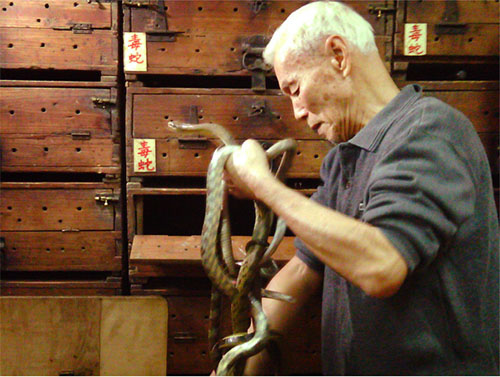 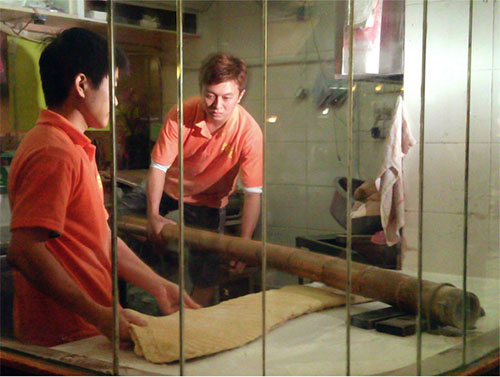 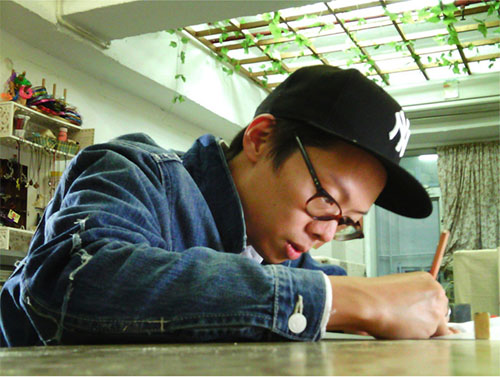 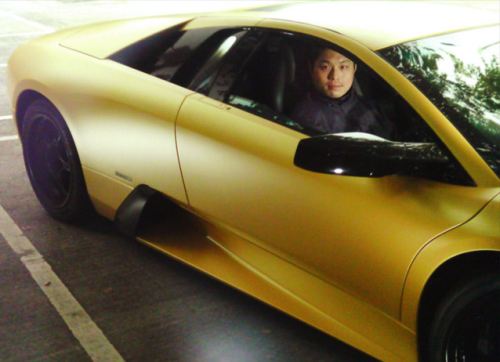 [My Visit With DigitalRev, or, What’s Kai Wong Really Like? via Strobist]