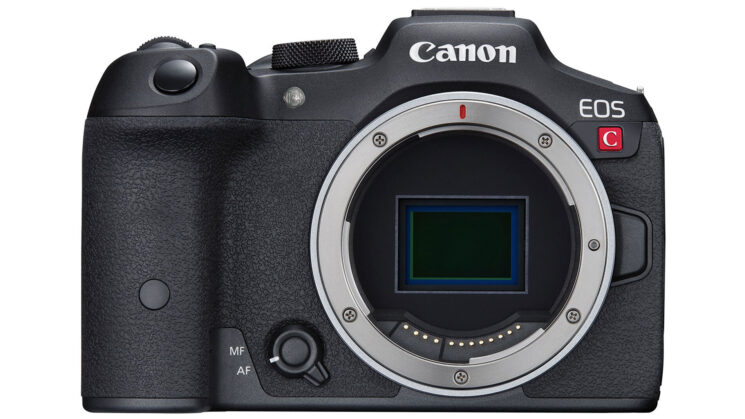 So far, CR says that the Canon EOS R7 C will record 7K footage at up to 60 frames per second in Cinema RAW Light and offer the same codec options as the Canon EOS R5 C and Canon’s other Cinema EOS cameras. Other than that, there’s not really anything else in the way of possible specs so far, but it should be pretty awesome.

You might be wondering why? What’s the point? Why turn an APS-C camera into a cinema camera?

Well, Super 35mm, which is the standard 35mm film format that’s been in the movie industry for decades and it’s still probably the most common sensor size for digital cinema cameras. And it’s almost identical in size to APS-C, which means that a hypothetical Canon EOS R7 C will work with the hundreds of Super 35mm lenses out there that don’t come close to covering the full-frame sensor found in the EOS R5 C and similar cameras.

The EOS R7’s only real downfall is that it doesn’t quite have the same dynamic range as the EOS R5. It’s not terrible, by any stretch of the imagination, but still, it’s not quite as good as the EOS R5. So it will be interesting to see how footage from the two compares when it’s released.

Exactly when we’ll be able to see that comparison, though… Canon Rumors thinks “later in 2023”. They may be right in their guess, given that the EOS R7 is barely even shipping. Canon will want to get it into the hands of a bunch of paying customers first, let them test it, release at least one or two firmware updates to fix bugs and see what potential hardware issues pop up that a slight redesign in the EOS R7 C might be able to solve before they’re ready to make an official announcement.