Wondering how the new Nikon D810 compares to the Canon 5D Mark III? Jay P. Morgan, from The Slanted Lens, got his hands on both and decided to throw the two in the ring together for a quick side by side comparison. Morgan puts the cameras through the phases as he compares color balance, sharpness, details, low light performance, and overall image quality. Watch the clip and feel free to leave your own analysis of which DSLR takes the crown in the comments section.

For all three comparison tests, Morgan set the cameras to record video using the same exposure settings on both. These settings are noted throughout the screenshots below which were taken from the test videos of the two DSLRs. You can use them for a side by side comparison of your own. Take a look: 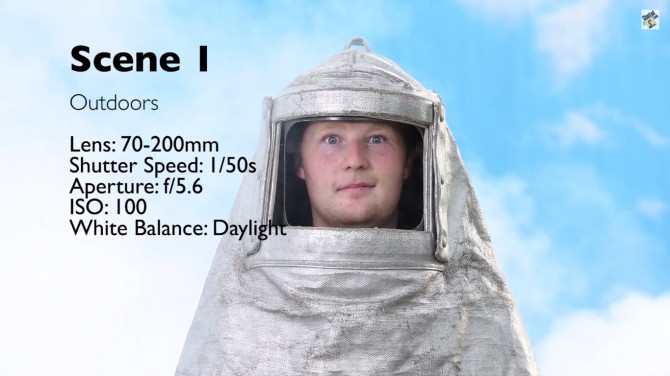 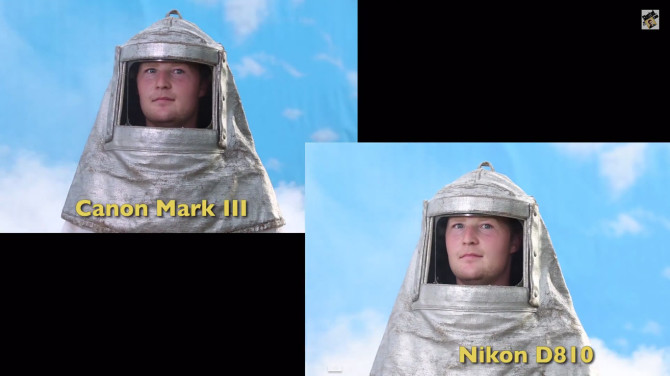 Morgan noted the higher detail quality and better contrast in the video clips from the Nikon D810, which was enough for him call Nikon the winner in this test. He also noted the difference in the color balance: the Nikon D810 was more on the green side whereas the Canon 5D Mk III had more magenta. 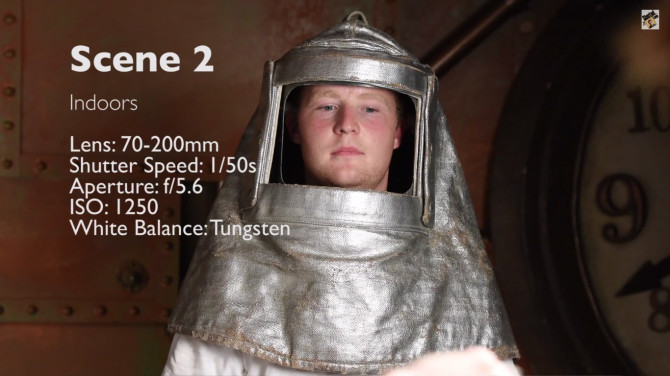 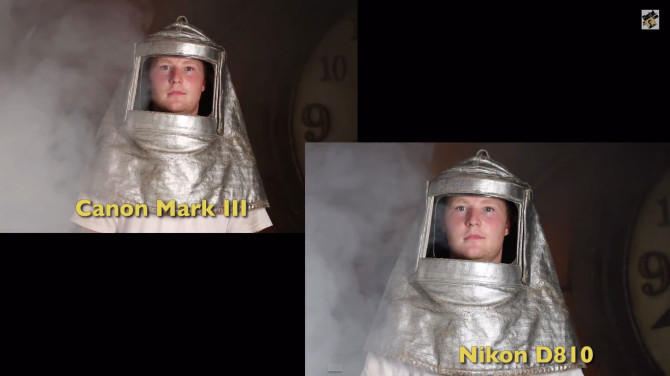 Color balance stayed about the same on both cameras from test one after changing the white balance to Tungsten. But, again, the details in the Nikon D810 put it out in front for Morgan, making the count Nikon – 2 Canon – 0.

And for the final test, the notorious low light challenge. Morgan bumped the ISO up to 6400 and the Canon started to shine. The noise in the video footage from the Nikon D810 was pretty heavy, especially around the shadows on the clock in the background. If you need low light performance, this one proved to be a no contest in Canon’s favor. 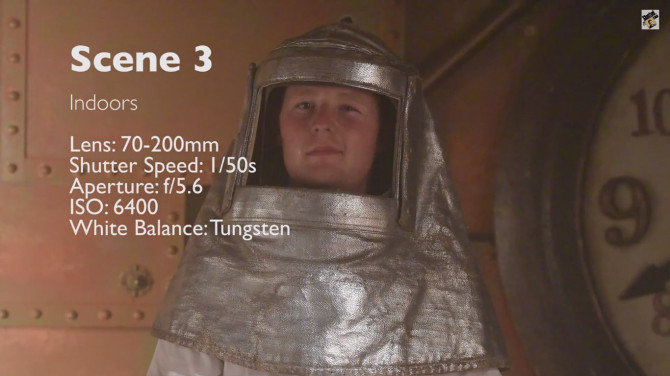 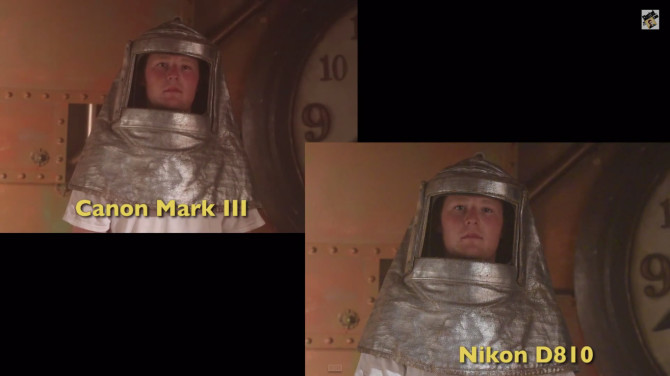 All in all, you couldn’t go wrong with either camera. As Morgan noted in the beginning of the clip, Nikon may be ahead of the game at this point, but the chances of Canon catching up with them is very likely. To that end, if you already have an arsenal of Canon lenses then stick with the Canon 5D Mark III. If you have Nikon lenses, go with the D810, rather than reinvest in Canon equipment.

What’s your preference? Let us know below!