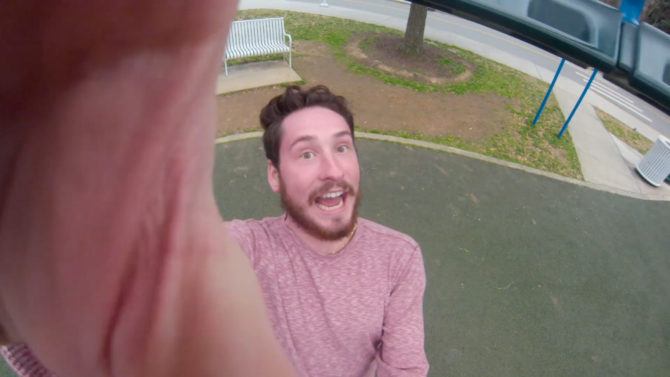 Whenever you work with an action camera, there’s a process. The general sequence of events goes something like this. You pick up your camera, power it up, point it towards yourself to see the lights flashing and start recording. You point it at what you want it to see and record away. Then when you’re done, you turn it back to you and turn it off.

Eventually, you notice an interesting phenomenon. The beginning and end of much of your footage will feature you. It only lasts a second or two, but it’s candid, honest footage. You’re not putting on a show for the camera, because you know you’re cutting it out in the edit. It’s something I’ve certainly noticed since finally picking up some action cameras a couple of months ago. Commercial videographer Tyce Hoskins turned his GoPro moments into this short film.

It’s an homage to the three years he has spent so far with his GoPro Hero3. In that time, it’s been to dozens of states over many miles, under water, and thousands of feet in the air.

It’s interesting to watch. To see a person’s real mood and personality. What the camera captures when they know the footage is going to be cut out. When nobody’s going to ever see it but them. I might have to start paying more attention to those couple of seconds at each end of my own action camera footage.

What do you think? Let us know in the comments.