Teleconverters have been a part of photography for decades. They’re a great way to effectively double the number of lenses you own by effectively turning each lens you own into two lenses. The native lens and one at double that focal length (or focal length range, in the case of zooms). But are they really worth it? And can you tell the difference between images shot with a teleconverter vs simply cropping the image?

In this video, Kevin Raposo analysed over 3,000 photos using a blur detection algorithm to see if there’s really any technical or visual difference in sharpness between cropping or using a teleconverter. And according to his tests, no, there really isn’t. Well, at least, not under all circumstances. In fact, the teleconverter shots actually proved to be a little sharper in some conditions.

To create the images for his test, Kevin used the Canon EOS R6 along with the Sigma 120-300mm f/2.8 Sports DG APO OS HSM lens and Sigma 1.4x teleconverter.  He shot over 3,000 images over the course of four football matches with and without the teleconverter to give him a decent sample size of images. Of course, this is an EF lens and teleconverter, and not RF mount, so he also had to use the Canon EF to RF adapter which potentially skews some of the tests – at least when it comes to autofocus. That being said, some of the results actually show the TC shots being sharper! 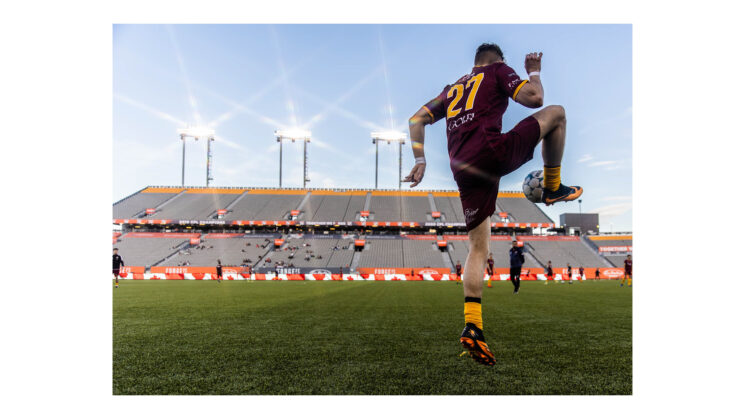 From a purely hypothetical standpoint, cropping and zooming are effectively the same thing. With a sensor of infinite resolution and absolutely optically perfect lenses, an image shot with a 50mm and cropped down to match the field of view of a 100mm lens would look identical to that same image had it been shot with a 100mm lens. And as adding a teleconverter is essentially the same as zooming, a teleconverter would produce identical results, too.

But in the real world, lenses aren’t optically perfect, nor are the elements contained within teleconverters, and our cameras don’t have an infinite resolution. In the days of the Nikon D2h and D100 when camera resolutions were in the low-to-mid single-digit megapixel range, teleconverters made a lot of sense. If you’ve got a long lens and you want a closer view of your subject without spending 10 grand or more on an even longer lens, you can just throw on a teleconverter. You’re losing some speed on your aperture and the autofocus wasn’t as snappy, but when every pixel counts, they did let you fill more of the frame with your subject. 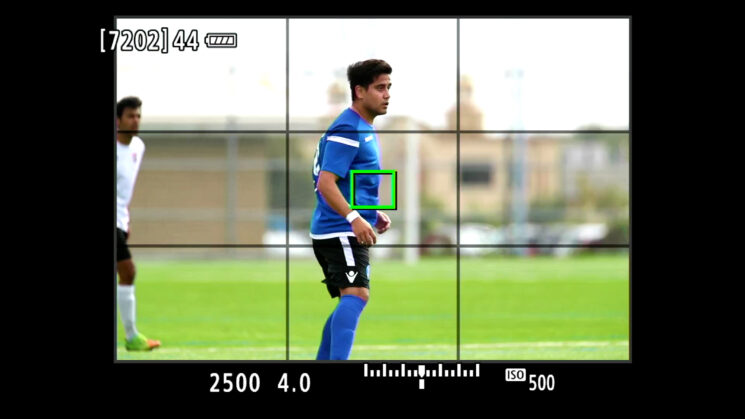 These days, with cameras at the resolutions they are – especially when the vast majority of what we shoot only ends up on the web – the benefits of a teleconverter aren’t really as big as they once were. In the video, Kevin’s using the Canon EOS R6, which isn’t super high resolution at only 20-megapixels, but it still allows for plenty of cropping in post if the images are just going to the web. And even with cropping, you can still get a fairly decent sized print out of them. If you’re shooting something super high resolution like the Sony A7R IV, then this difference is even less noticeable.

Even with those infinite resolution sensors and optically perfect glass, though, teleconverters still have one major flaw and that’s that they lose light. Teleconverters work in a similar way to extension tubes on a macro. The method is different but the final result is that the lens’s image projection is expanded so that a smaller section of its view covers the sensor. The larger that image is expanded, the more that finite amount of light is stretched out. A 1.4x teleconverter, as used here, loses you about a stop of light. A 2x teleconverter loses you two stops. So, in the case of the latter, when your camera thinks you’re shooting at f/4, you’re actually metering f/8 – although your physical aperture size hasn’t changed. 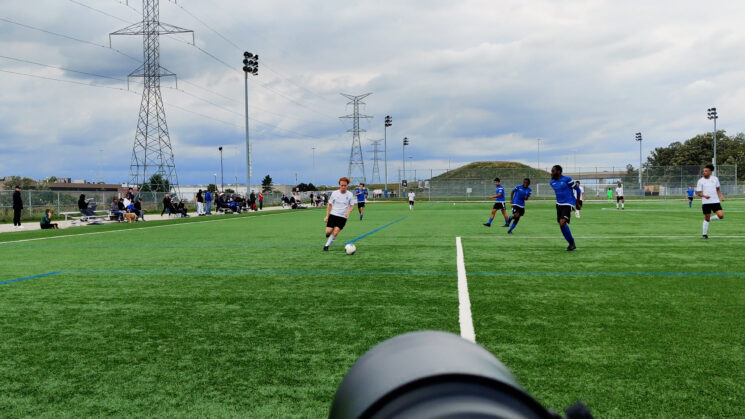 This change in effective aperture means that the relative depth of field and background blur vs simply cropping into your subject and will present a different result in the out of focus areas – even if you stop non-TC’d lens down to match, resulting in more depth of field than you might like – changing the ISO should produce identical results in both situations. This is going to be a largely subjective and situational difference, so it’s difficult to really say what’s “better” between the two due to that subjective nature. Sometimes you want a little more depth of field. Sometimes you don’t.

Even if Kevin admits that his tests weren’t as scientific as he’d like them to be, it is interesting to see a direct comparison of teleconverter vs cropping and that it really doesn’t make as much of an overall difference as many of us might have believed. Of course, this will depend on the quality of your lens and teleconverter, not to mention the resolution of your camera. They’re a surprisingly complex topic, from a technical standpoint, with lots of potential tradeoffs. But ultimately it’s al about whether or not it feels comfortable for you to use one and whether or not you like the results you’re getting.

Personally, I don’t remember the last time I used a teleconverter. I know I owned one about 20 years ago when my 300mm lens wasn’t quite long enough for something I wanted to shoot at the time. I think I used it twice and then it disappeared. I haven’t seen it since. I’ve no idea where it is now and I haven’t bothered picking up a replacement.

Do you use teleconverters? Do you love them or hate them?

« This is the number one reason why you should shoot with prime lenses
Man who bragged about being in the U.S. Capitol riot arrested for assaulting a photographer »