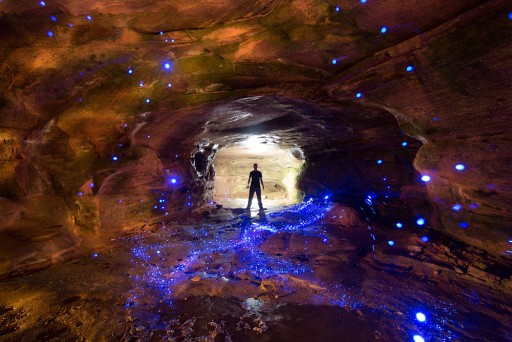 The above image is a long exposure shot as JPG by Dennis Calvert and is straight from the camera. Here’s a walkthrough of how it was made. 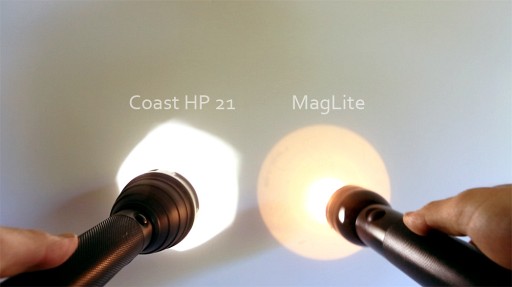 The first light was a wirelessly triggered speedlite behind Josh and facing out toward the camera. 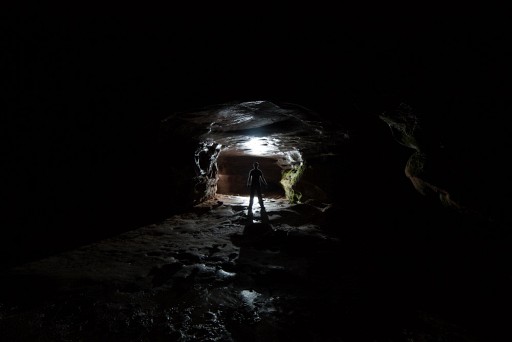 The second light was a Coast HP21. This one was held by Josh and it was pointed at the wall behind him. You can see his hand right hand is a little blurry from slightly moving the flashlight during the long exposure. 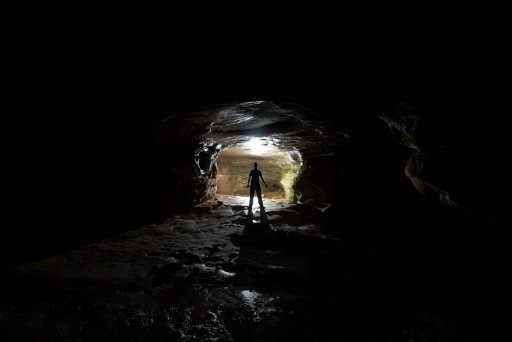 A Maglight was used to light up the exterior. I thought its warmer tone looked better on the stone. The blue dots were created with battery powered string lights that I have modified by splicing a momentary switch into the wire. I shot this image with a 14mm lens which allowed me to get very close to the lens and turn the string lights on and off a few times to give the illusion of dots of light floating in the air.

Here’s some video from the trip. Most of it was shot with GoPro 3 Black Edition I picked up a while back. There’s a timelapse about a minute in that shows most of the light painting session. The two clips of the bugs were from a 5DmkIII and the timelapse was shot on a 7D.

Dennis Calvert is a photographer and a light painting artist based in Cullman, Alabama. All of Dennis’s photography is straight out of the camera with no digital manipulation whatsoever. The effects are all created in camera during the exposure. To find out more, check out denniscalvert.net, Dennis’s Facebook or Flickr. This post was originally published here.

This crazy light painted silhouette was shot in just a single long exposure
« How 360º Lightpainting, “Bullet Time” Photos Are Made
How To Build And Balance A $30 DIY Steadicam »