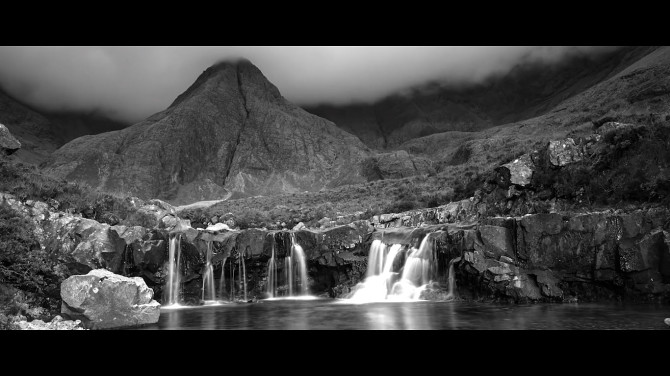 So often are timelapse videos stuffed full of vivid colors and bright tones that it almost catches us off guard when we come across a black and white timelapse that is every bit as breathtaking as their full color counterparts. Such is the case with this short video the team over at Fourth Dimension Video captured while spending 5 days in the quiet Scottish isle in June. The Isle of Skye features both, timelapse and some sweeping aerial drone shots.

This clip is actually a sampling of the shots that will be used in an upcoming film, The Life Story of Guru Rinpoche, for which the mountain range in the video will be rendered in a 3D workspace to make it appear as though it was shot in Tibet and the Himalayas. It will be interesting to see the final edit, but in the meantime, feast your eyes on the footage, here:

Behind The Scenes: Location Scouting & Shooting The Solar Eclipse On The Isle of Skye

Dronelapse: this breathtaking timelapse of Minsk was made using a drone

« Long Exposure Photography Made Easier Using Shutter Priority Mode
How Many Hot-Shoe Strobes Are In A Monoblock? »