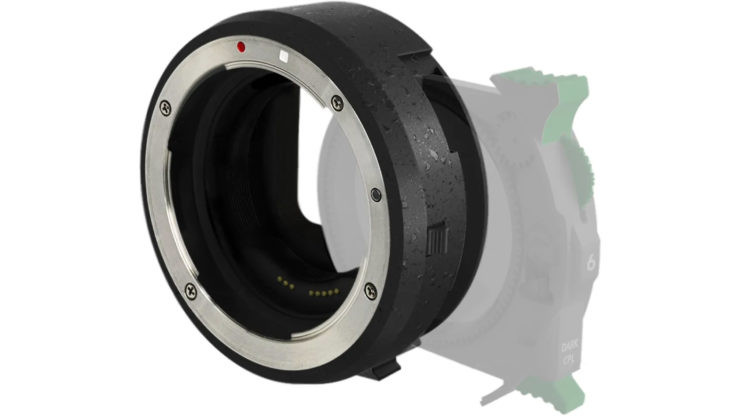 They claim it’s just as capable as the Canon original, with full electronic contacts for autofocus and image stabilisation, as well as transferring the EXIF data. It’s compatible with both the original Canon drop-in filters as well as Breakthrough’s own (and presumably Kolari’s). Except, it’s $100 cheaper than the Canon one.

Interestingly, they’re also offering $149 discount to trade in the Canon EF to RF drop-in filter adapter against their own version. I’m not entirely sure why anybody would want to do this, given they both seemingly offer identical features and both accept the exact same Canon, Breakthrough and Kolari drop-in filters.

I mean, if you’ve already got the Canon one, that you’ve spent $299 on… Well, insert Ryan Reynolds “But why?” gif here.

Anyway, if you won’t ever need a drop-in circular polarizer then Breakthrough’s option could save you $100. And if you will use a polarizer, well, now you’ve got another option for the same (or a little less if you go for the X2 version) money.

The Breakthrough EF to RF drop-in filter adapters is available to pre-order now for $199 for the adapter alone, $249 with the X2 polarizer or $299 with the X4 polarizer. Breakthrough says that the first 500 adapters shipped will come with an X4 Clear filter absolutely free (normally a separate $79 purchase). They’re expected to start shipping in November.

« The Cameradactyl Mongoose lets you scan a 36 shot roll of film in less than a minute
Stupidly wide, The Laowa 9mm f5.6 W-Dreamer on the Sigma FP »