Last month I did a tutorial on how to build a wooden table for product photography, and I had a client recently which needed photos of their cakes and cupcakes which was the perfect opportunity to use my own DIY wooden table and share the results. 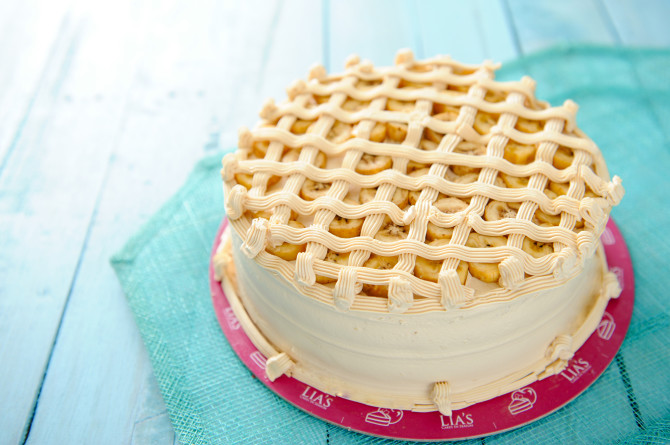 But first I had to make 2 new wood planks. I only had one white wood plank done, but for this shoot I needed two more colors, so I made a sky blue top and a black one. To see how to build the tops, click here. 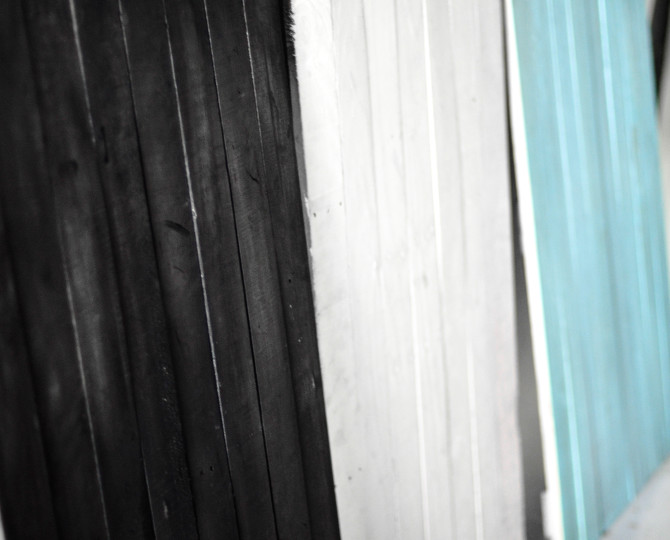 My girlfriend painted the sky blue colored plank, she made two layers of sky blue acrylic paint, after painting each plank, she brushed the plank with newspaper to brush off some of the paint so that the wood details could still be seen. 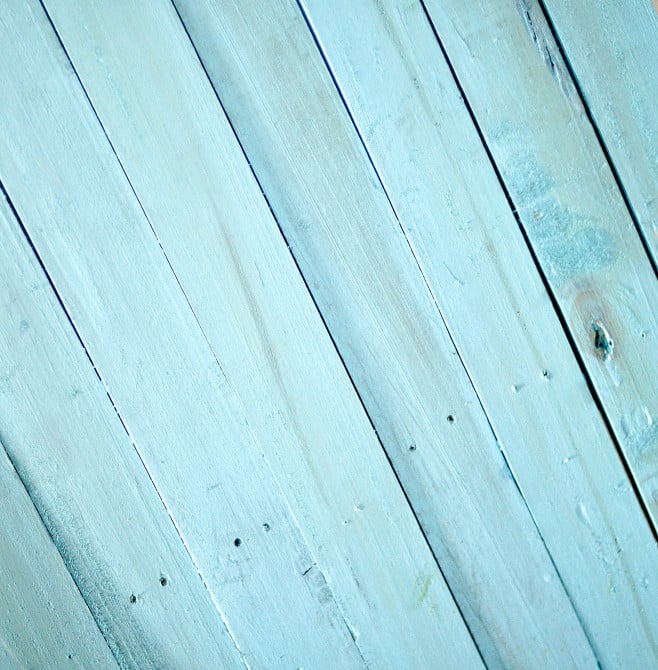 For the black plank, I mixed a little white with the black paint and diluted the paint with paint thinner for a stain feel look. After lightly brushing every plank I sanded some parts of the plank so the wood underneath with be exposed. 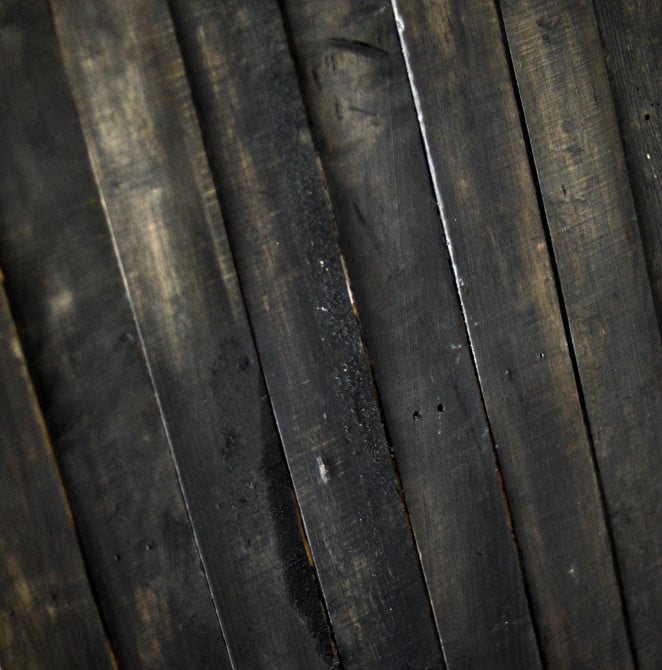 For the background we used the different colored planks and used different props and cloths/tablecloths to complement the tasty subjects. For the main light, I placed a studio strobes at the back-left of the subject modified with the Big mama at 1/16 power. For the fill I placed an sb-600 with a shoot thru umbrella at the opposite side (camera right) at power ranging between 1/8-1/32 (I changed the power depending on how much fill I wanted). 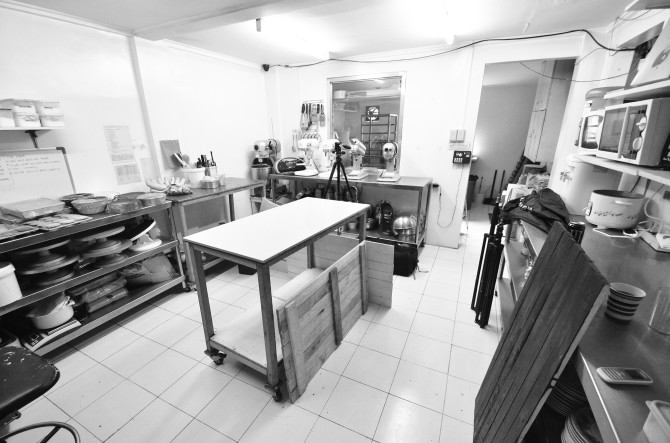 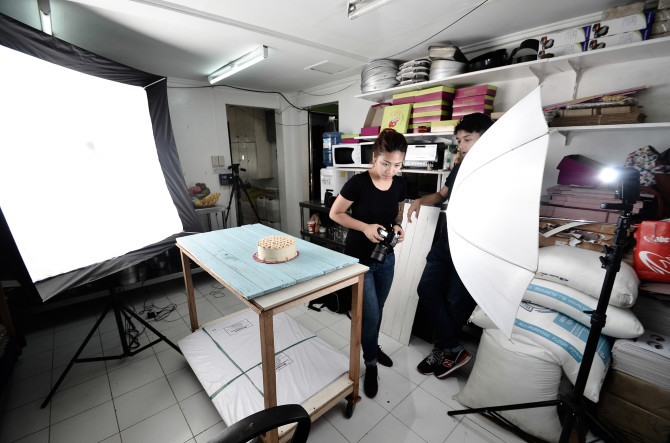 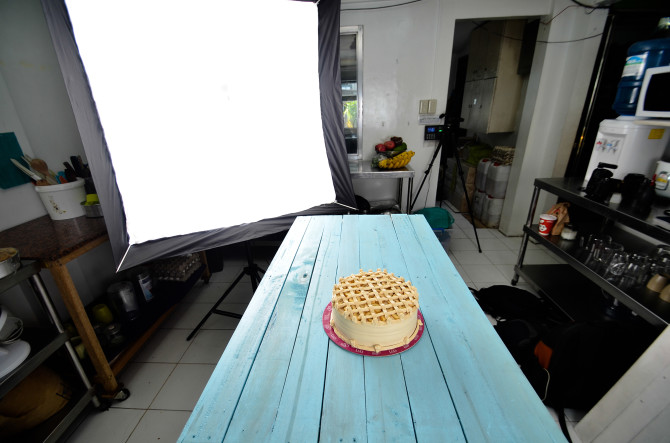 Here is a quick example on how we set up the shot step by step.

I started off with only the main subject, just to see how the subject looks like and find the best shooting angle and composition, and adjust the lights as needed. 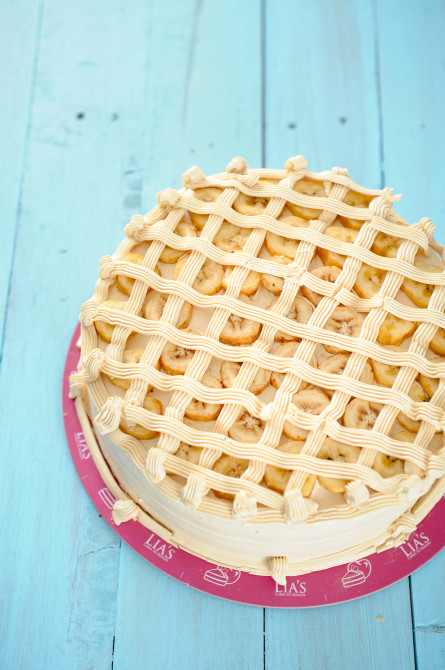 After getting the lighting on the subject right, I placed a tablecloth to add more texture to the photo. 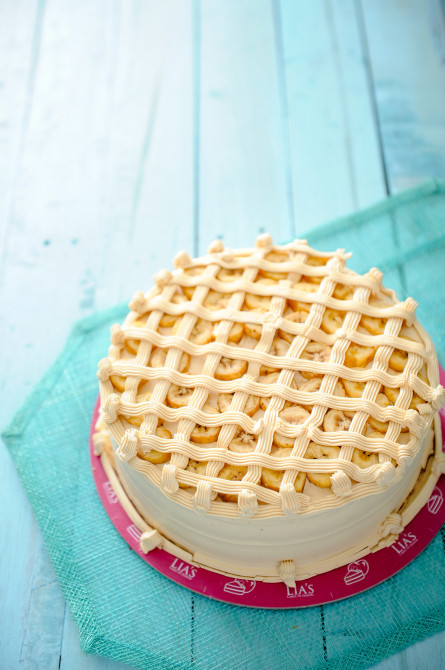 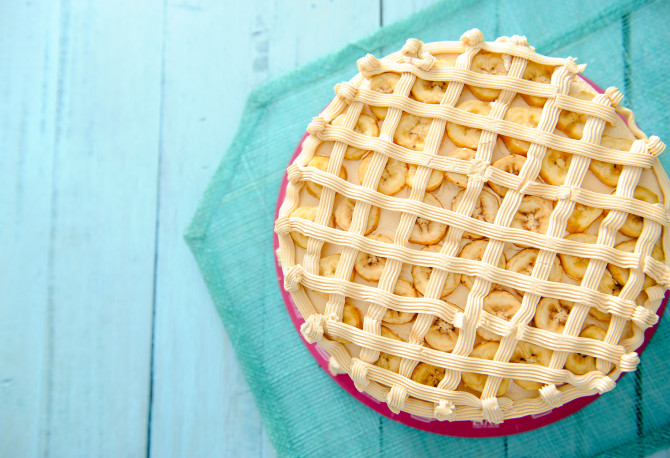 To break the monochromatic look  I added two colorful teacups just at the corner of the frame. 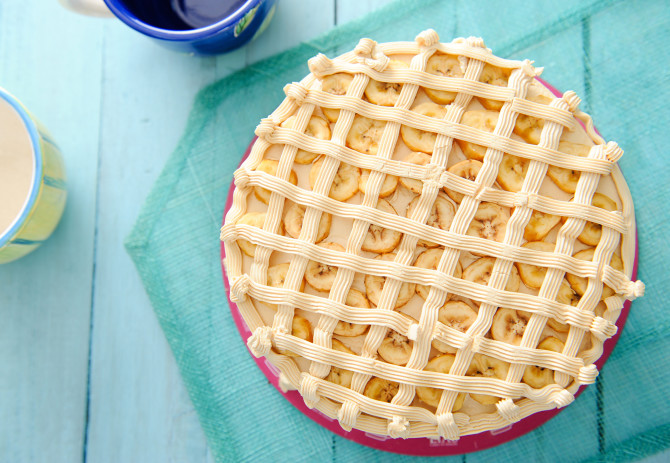 And the last part was adding a cake server just for balancing the composition. 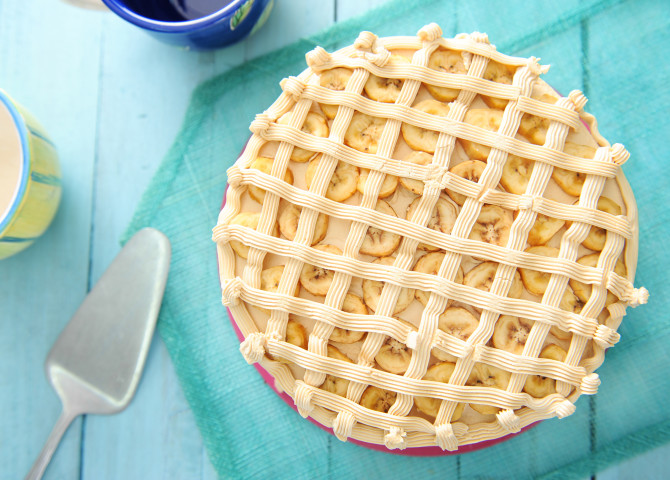 Here are a few more examples on the shoot with the different wood planks.

Some of the shots which had cakes closer to the light had too much light reflecting of the cakes, as a quick fix I asked one of the photographers to stand in front of the softbox and flag some of the light hitting the cake. It is not the most gear oriented way to flag light, but it certainly worked. 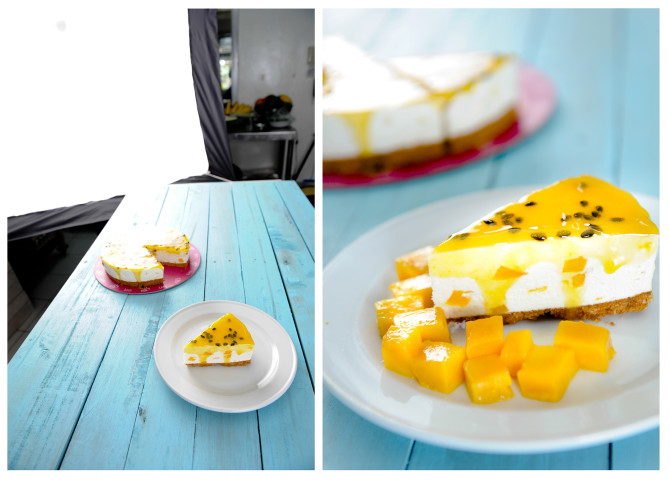 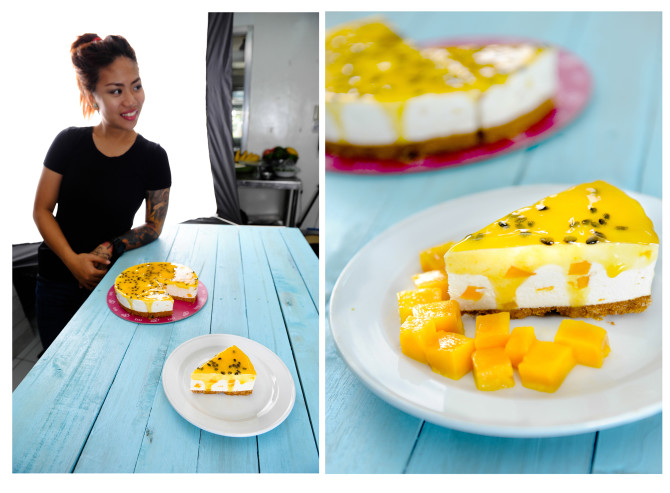 As I mentioned before we had three wooden plunks: Black, Blue and White. We chose the wood depending on the color which will best compliment the cake. For each cake, I would take two or three different angles and shoot both a portrait and a landscape shot so that the client would have different options to choose from. 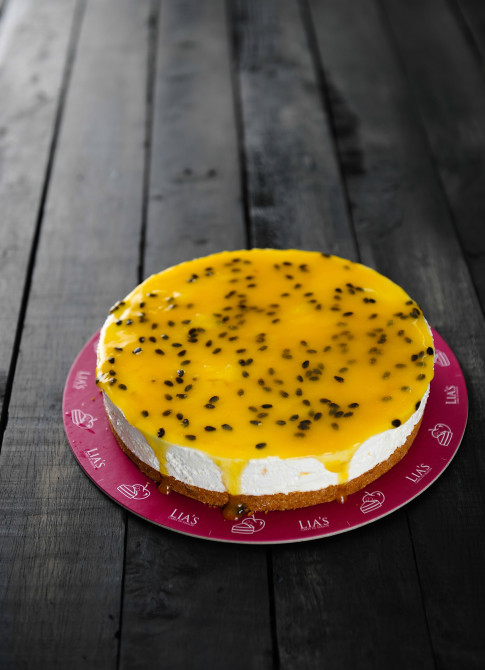 Another thing that we did to let the client have more options is shooting the cakes in a verity of states: whole, sliced, and placed on a plate. Another thing we did was to shoot the cake and separately shoot the ingredients so the client could make a diptych photo.

Now, of course it would have been better to work with a detailed brief and an art director who would decide all those things in advance, but not all clients shoot this way, and I think it is up to me to provide them with many options to choose from. 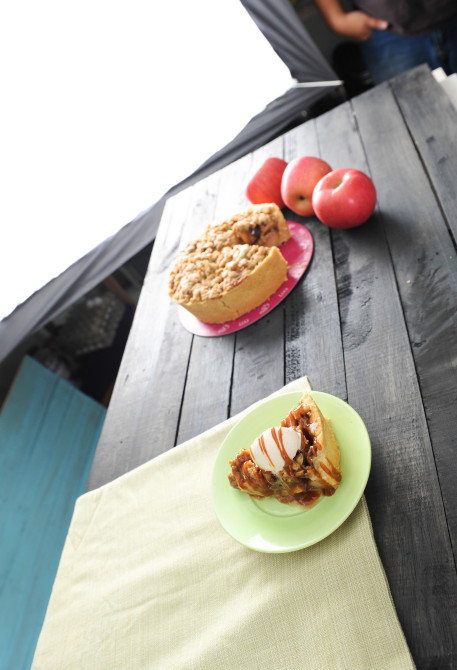 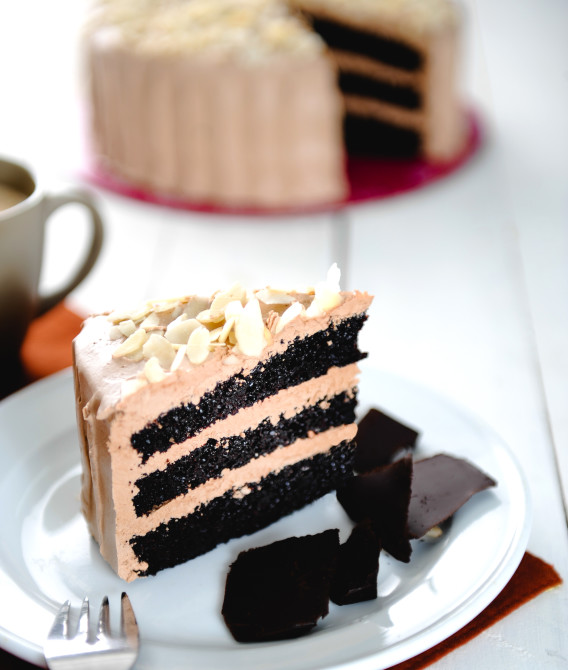 It is also nice to have a good team while shooting because you know how each other move, and also just to make things more fun. It’s always better to shoot with a happy vibe with happy people around you. 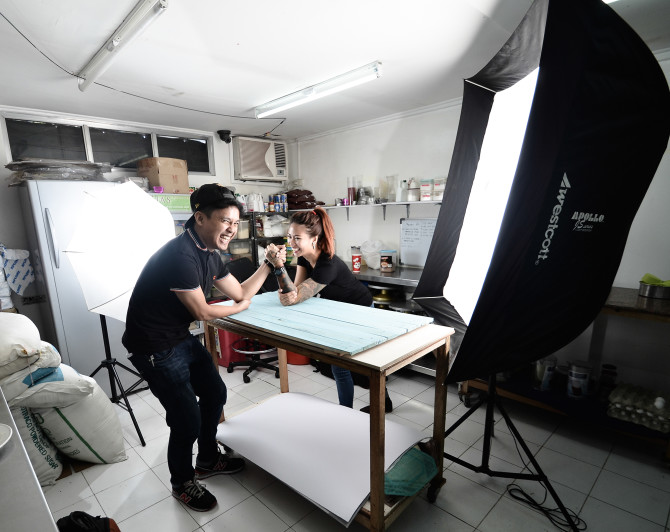 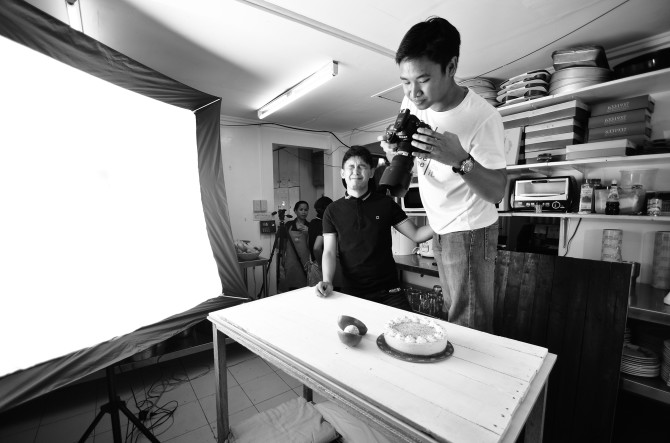 I would like to give a big thanks to Lia’s Cakes in Season, Sir Carlo and Ms.Angel, for getting us to shoot their products and also allowing us to use the photos for the article. You can check them out on facebook.