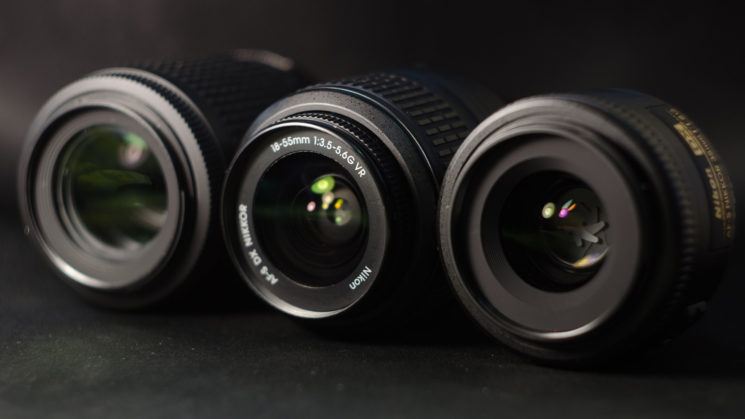 Every day I see the same question being posted across forums and social media. “What lens should I buy?”. The simple answer is “We’ve no idea”. We don’t know what kind of look you’re going for, or even what subject you’re shooting  We also don’t know what lenses you already have, and why they’re not giving you what you want. And much of the time, it turns out lenses they already have will do the job just fine. They just haven’t really experimented with them.

And that’s the key. Experimenting with what you have, and testing its limits. Whether you’re shooting stills or video, lens choice is a very personal thing. It’ll depend a lot on the scene you’re looking at and your own personal tastes. Filmmaker Darious Britt goes over the differences between various lenses in this video. And how to experiment with your lenses to let you make your own choices about what to use or buy next.

Darious skips the very basics of lenses in this video, as it’s something he’s covered before. But he does touch on some of it to help you learn and understand those differences quickly. Then we can get onto the fun part of actually being creative.

The absolute best thing you can do to learn about a lens and how to use it is to spend a whole day with it.

Take loads of pictures, videos and tests using only that lens.

Which lens to test?

But how do you go about figuring out which lenses to test? Well, first start with the lenses you actually own. If have few or one lens, even the basic kit lens must’ve given you something that made you go “wow!” at some point. Try to figure out how and why it made you go wow, and then try to recreate that, and make the result more predictable. Then do this for each lens that you own.

After that, you’ve got three basic options. Borrow, rent or buy a new lens. Personally, when I’m looking to try out a new lens, I’ll often buy used. This way, if I decide it’s not for me, or doesn’t give me anything over what I already have, I can resell it at little-to-no loss. If I like it, and it’s a good condition lens, I can either keep it, or sell it and buy a new one with full warranty. But I’ve found this to be the least expensive way to get hold of a lens for a couple of months to really put through its paces.

Prime lenses are more restricting than zooms. You’re forced to think more about your composition. You can’t just say “screw it” and zoom in or out to get a tighter or wider shot. Of course, actually moving instead of zooming changes your perspective. If you’re shooting portraits, that means it may end up being your subject that moves, rather than you or the camera, so that you can get the background you want.

Zoom lenses are fantastic, and give you more freedom when it comes to positioning and field of view. But they can cause you to become a little lazy sometimes if you’re not pushing yourself and thinking critically about your entire composition. Once you really experiment with them, though, you’ll soon learn that zooms can become your best friend. Because you don’t have to zoom in or out. You can still just get up move, as you can with a prime lens.

What and how to shoot

Regardless of which lens you pick, there are some things Darious suggests to try.

Finding a human subject is often the best way to go about it, but how do you get subjects? Well, the easiest way is to just ask your friends. It might feel a little weird asking “Hey, can I follow you around all day with my camera?”, but you’ll probably know at least a few people who’ll say yes. Follow them, try to create a story of their day. Or at least a part of their day, like a trip to the local coffee shop.

The final 8 or so minutes of the video shows Darious out practising what he preaches. With a Rokinon/Samyang 85mm T1.5 lens and a Canon 60D, he goes out and experiments with a lens he’s not familiar with. As Darious shoots more video than stills, he’s not worried about the crop sensor of the 60D. In fact, the size of an APS-C sensor is virtually identical to Super 35mm film.

The side effect of all these lens experiments is that it’ll also help you learn to really see light. If you’re shooting in locations using only the light that’s already there, and not adding strobes or LED panels, you’ll quickly learn what works and what doesn’t. But even that is subjective. What works for you might not work for somebody else, and vice versa. Only you know the look you’re going for.

Ultimately, the message is simple. Just get out there and play with them. Actually use them and shoot with them. Force yourself to spend a whole day (or more) shooting with just one lens. Shoot everything you can see, and determine what works for you and what doesn’t. Try to figure out why something does or doesn’t work.

I do this every time I get a new lens. When I go on a shoot, although I may have my faithful regulars in the bag, I tend to try and stick with the new lens as much as possible to really learn its ins and outs. Occasionally, though, I will switch to a lens I already know well just to guarantee the shot or have more options. A couple of months ago I picked up a Nikon 50mm f/1.4, and it’s been on my main camera body probably 80% of the time since I got it. This forces me to learn it inside out and get used to its quirks and limitations.

And once you do understand the lenses you have, and why they may not be giving you the results you want, you can make your own choices about which lens to get next. And you can make those choices based on actual personal experience, and not just because somebody else suggested it. Somebody else who often shoots something completely different with their own vision that doesn’t necessarily match your own.

Here’s why you need to learn and understand manual exposure

If you’re struggling to understand stops and exposure, you need to watch this